One moment they were walking down the street, the next they were trapped underneath a car crash

Two women were run over by a car in downtown DC. They lived to tell the tale, and say it made them closer to God. 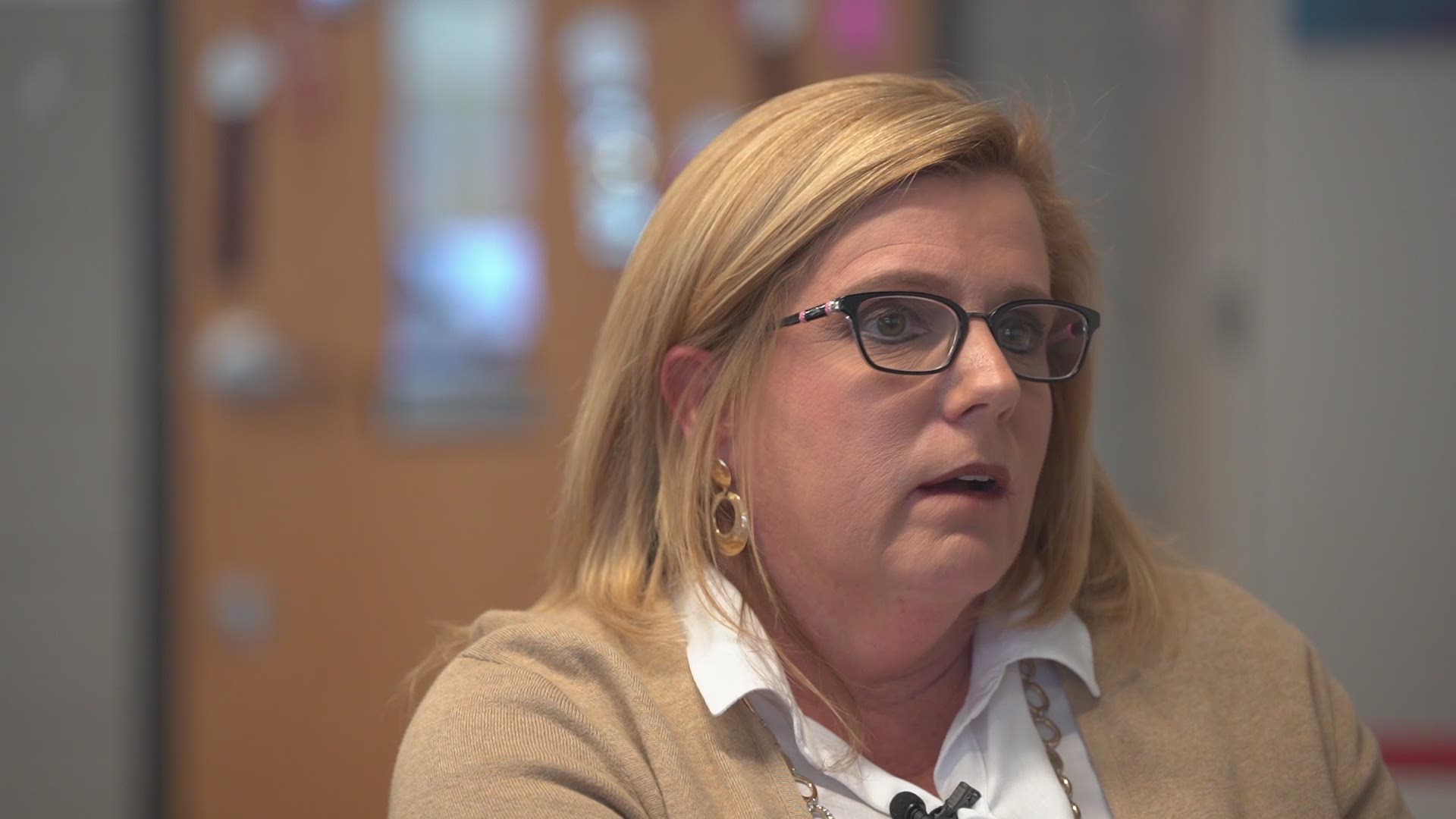 WASHINGTON, D.C., USA — It was a rainy and gray day as the instructional coaches of Opelika City Schools walked the streets of Washington D.C.

The team was in town from Alabama to attend a conference and so far, things had been going swimmingly. As some of the women searched their bags for umbrellas following their lunch, Kathy Stanley and Ginger Weygand left the restaurant with their minds already on the next meal: Kathy’s birthday dinner later that night.

As they walked down 9th Street in the nation’s capital to make dinner reservations, Kathy looked up at the crosswalk clock counting down: 20…19...18…

She heard screaming and the sound of metal clanging and froze in fear. Ginger started to run and Kathy followed her, sprinting away from a car hurtling towards them on the sidewalk.

Kathy just remembers seeing the number 18 on the clock before 4,000 pounds of metal slammed into her body.

“It happened so quickly that the car came down on top of us,” Ginger recalled later. “When the car hit, I thought I had fallen.”

Suddenly, both of them were trapped underneath a heavy silver sedan. Ginger’s backpack was protecting some of her skin, but the heat from the car engine seared into her hip. Kathy started screaming.

Watch the raw video of the car crash below.

From under the car, they could see feet. More and more feet appeared, as good Samaritans rushed to their aid.

They picked the car up once but couldn’t lift it off the women. When the car came back down, it crushed the air out of Ginger’s body.

As her hair got caught in the wheel well of the car, she jabbed her hand out and grasped at the air, hoping someone would see her.

Credit: WUSA
Ginger Weygand sticks her hand out from under the car, hoping someone will see her.

“I can remember sticking my hand out trying to get someone to see me because they didn’t see me at first,” she said. “I was just so afraid that no one saw me.”

Ginger could hear Kathy screaming. All they could see was the car and feet of those trying to rescue them.

“I didn’t know if they couldn’t get it off or what and that was the probably the scariest thing of the whole event,” Kathy said. “But it wasn’t even ten seconds and it was back up again and they moved it.”

After bystanders lifted the car, the two women lay on the sidewalk with their injuries as they waited for emergency responders to take them to the hospital. Their coworkers, some of whom had been there to help lift the car and call 911, gathered around them fretting.

But the good Samaritans who had lifted the car started to disperse.

“The car moved and then they were gone,” Kathy said. “I didn’t see those feet anymore. It was like they were there, and they vanished.”

Both women were treated for their serious injuries at different hospitals. They say it is a miracle they are even alive.

“When I look back on my life, that’s almost like a bookend,” Ginger said. “That is the line for me, my life before the accident, my life after the accident.”

In that moment of the car crash, both women say their lives changed forever.

Ginger is thankful for those who saved her, and inspired by how it brought people together from all walks of life.

“Before they lifted that car, they did not have any idea if Kathy or I were white or black or Hispanic or Asian,” Ginger said. “It didn’t matter, we were humans and I think that that speaks volumes of just doing the right thing because it’s the right thing to do.”

RELATED:  At 3:59 p.m. he was on a plane to Florida; 2 minutes later, it crashed into the Potomac River

Ginger believes what happened to her moved her to see the good in people.

“You never know what someone is going through or what their destination was, but for them to stop and come together for five minutes to help someone — they have a really good heart and I appreciate them,” Kathy said. “Just to say thank you, it’s amazing.”

Both women believe God played a role in their survival.

Credit: WUSA
Ginger and Kathy pose together after surviving being run over by a car while walking down the street.

“When I told my sister that the both of us felt like we tripped, or someone pushed us,” Kathy recalled, sitting in a team meeting back in Alabama months later. “She says ‘I think that was God moving you in the right position and out of the way…You didn’t trip, he was just putting you all in the right place.’”

Below, Ginger and Kathy sit with their coworkers as they discuss how the crash impacted them. 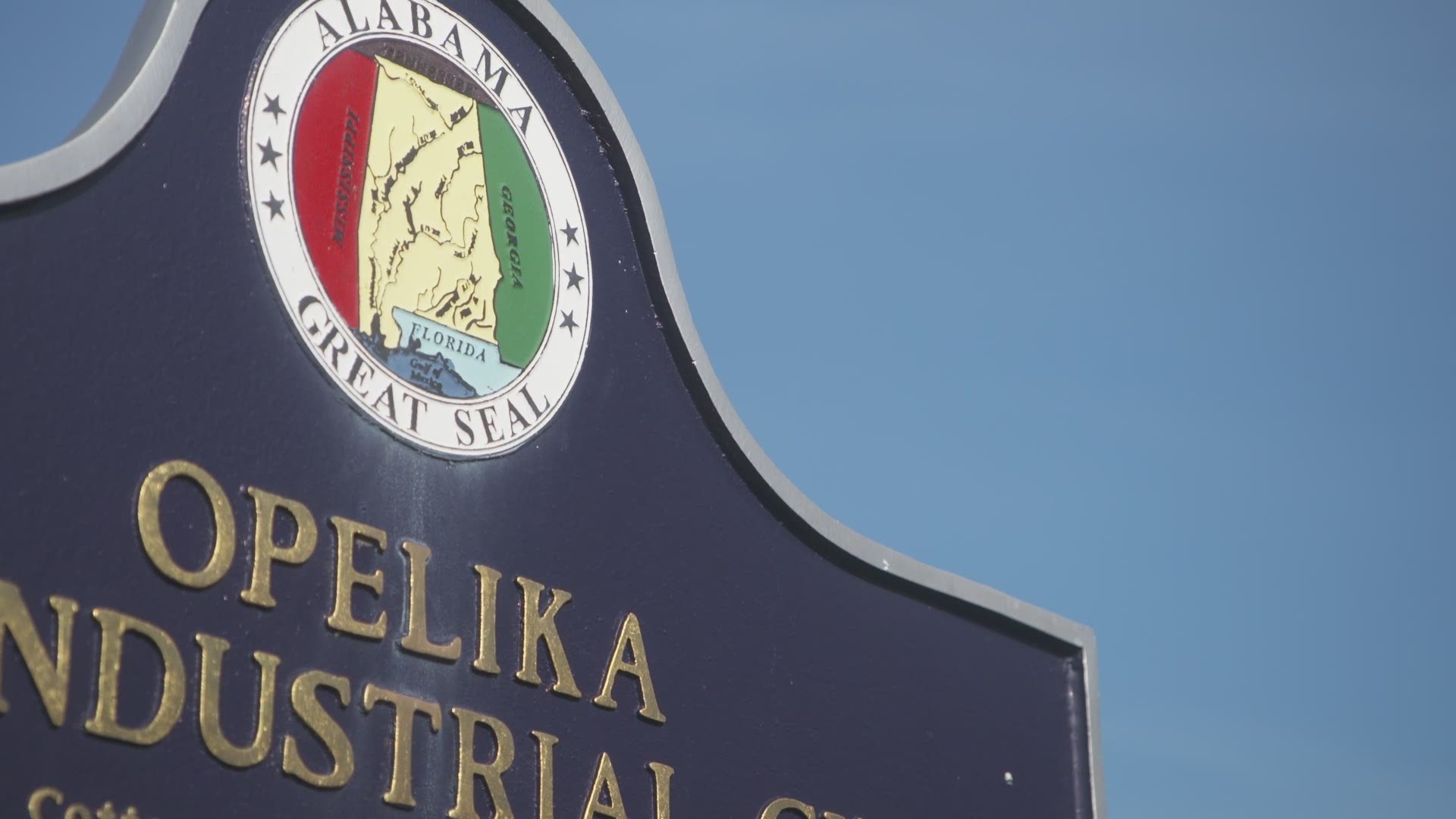 Months later, the team of instructional coaches - the women that had been with them during the crash – met in a comfortable conference room in back in Opelika. Their work meeting quickly devolved into a gathering of friends as they recounted their stories from the crash and aftermath.

“The laughter, for us—you’ve heard us laughing all of the time. For us to even laugh about that…” Gayle Holladay, one of their coworkers said. “But we do have more funny stories now,” she finished. Gayle had helped lift the car off the women.

“This happened on my birthday, April 24,” Kathy said. “We celebrated in the best way,” she laughed. “I am alive…with a bang!”

Gayle chimed in: “It’s one you don’t forget!”

‘In an Instant’ is a series that features people who unexpectedly had their lives changed in one moment and how it impacted them going forward.