Sanctuary DMV hosted a rally in Columbia Heights Saturday one week after the organization says ICE detained two people in that neighborhood. 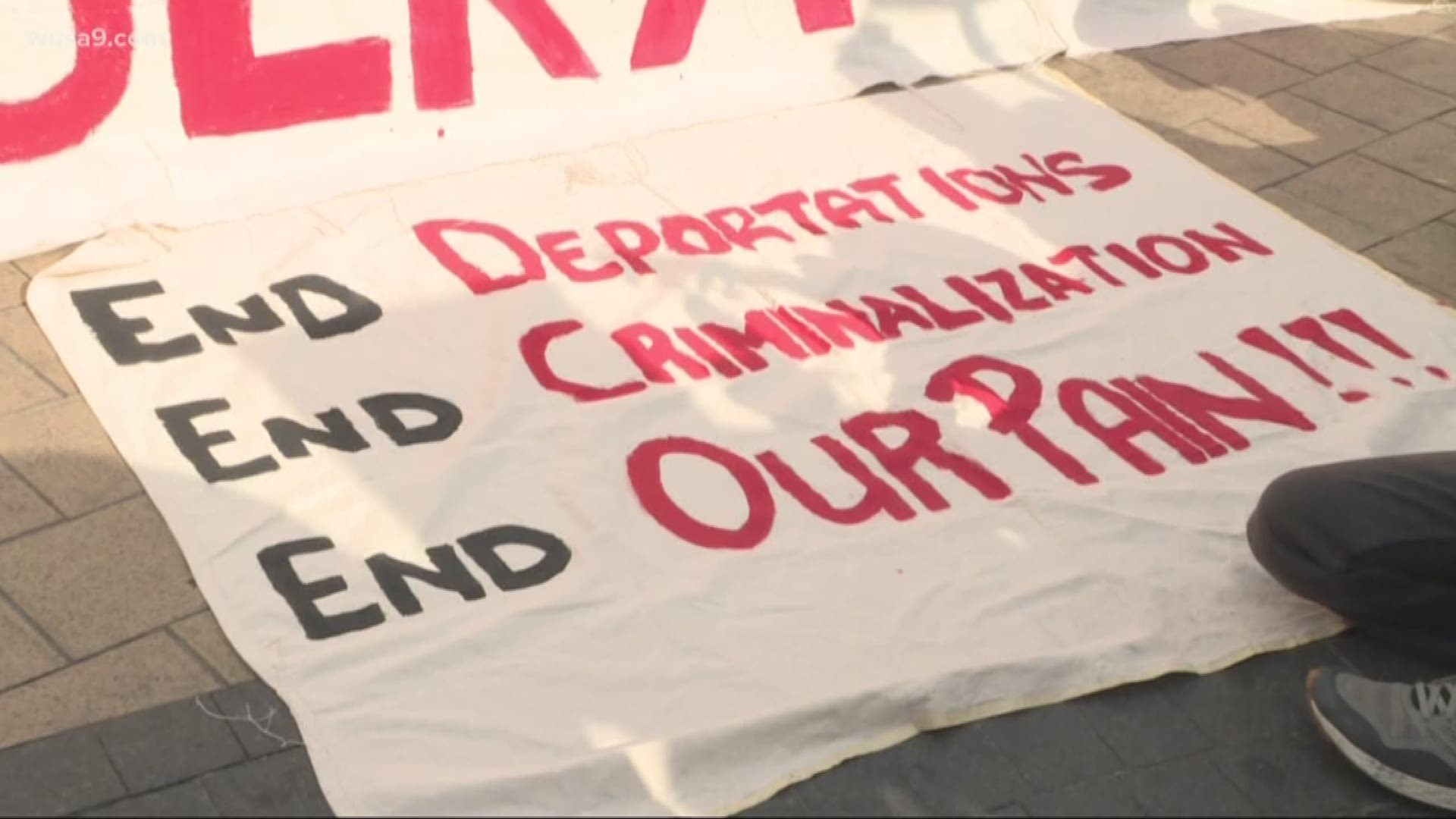 Sanctuary DMV organized the protest a week after the group says ICE detained two people in that neighborhood.

Meanwhile, miles away at the G-20 Summit in Japan, President Trump renewed his promise to continue ICE raids after the fourth of July.

"At the end of the second week, we'll be removing people, legally removing...unless we do something pretty miraculous," said the President.

Back in Columbia Heights, undocumented immigrants, like Isaias Guerrero, joined together to say ICE is not welcome in the DMV.

“Every day I wake up not only watchful but also ready to organize and know that there’s hundreds of other Americans and immigrants that are behind me to say no to ICE, no to incarceration and no to criminalization of black and brown people," said Isaias Guerrrero.

Austin Rose, one of the organizers with Sanctuary DMV, said the main reason for the rally was the ICE raid he said happened the prior Saturday.

“We see multiple reports of activity in the area, including two people who were detained in the area, so we’re primarily here to respond to that, and make it clear that we’re not going to tolerate ICE coming into our communities and taking our community members away," said Rose. "The second reason we’re here is to emphasize and call out D.C. to really become the sanctuary city that they claim to be.”

Immigration and Customs Enforcement has not yet confirmed the raids Sanctuary DMV claims happened.

The uncertainty alone, however, has immigrants in the DMV worried they'll be next.

“I work every day for 19 years in this area, and it’s very hard for me to live thinking the police or the ICE coming to take me to deport me and broken my family," said Ingrid Vaca, who is an undocumented immigrant. "We don’t want to come back to the shadow. We want to live in the light…because we don't want to leave this country. It’s our country.”