Survivors of Lymphoma, their families, and other advocates came together Sunday to raise money for research into the disease. 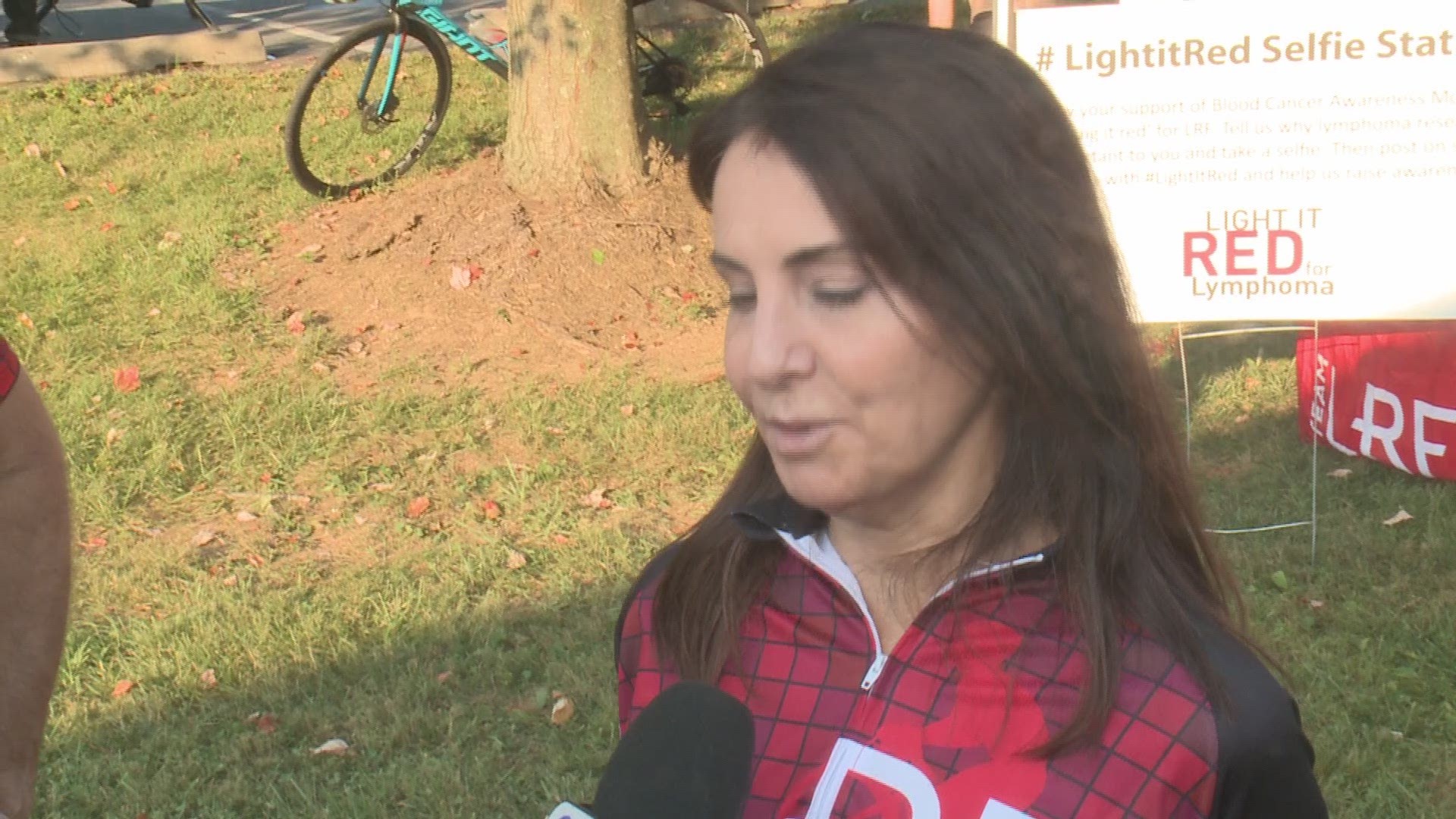 BARNESVILLE, Md. — Geoff Grubbs can still remember the emotional moments when he heard the words "Lymphoma" from his doctor.

"I was diagnosed almost exactly 10 years ago," he said. "And you get the diagnosis of Lymphoma, and you think it's over."

Since then, Grubbs has been through countless treatments, improved over time by research into the complicated disease.

"The more research that's done for Lymphoma," he said. "The better."

Grubbs was one of hundreds that gathered at the Barnesville School on Sunday, to participate in the annual "Lymphoma Research Ride." The bike ride has raised $6.5 million since 2007, and is likely to bring in hundreds-of-thousands more this weekend.

Dr. Bruce Cheson thought of the idea 14 years ago.

"This gives the patients a sense of empowerment," he said. "They're out here to kick the butt out of their disease."

Lymphoma impacts thousands of people across the country. Each year 100,000 people are diagnosed with the disease in the United States, the equivalent of a new diagnosis every five minutes. More than one-million people are living with Lymphoma.

WUSA9 anchor, Bruce Johnson, announced he was diagnosed with Lymphoma in Aprill, 2018, but was fortunate enough to return to the set six months later. For the second year in a row, Johnson was the emcee for the event. He said he's filled with gratitude for Cheson, who was his doctor through the process.

"He's the guy that saved my life," he said. "Non-Hodgkin Lymphoma. I came in more than a year ago, and who knew?"

Approximately 200 bicyclists participated in the ride this year, including Charlie Goldstone, who's just 10-years-old. His father, Tom, was diagnosed with Lymphoma multiple years ago. The father-son-duo is now doing the ride together.

"I'm doing it for him," Charlie said. "And I'm doing it with him. And I hope we can find a cure together."

If you want to donate, you can visit this link.

RELATED: 'I'd be lying if I said I didn't think about dying' | Bruce Johnson is back after beating cancer