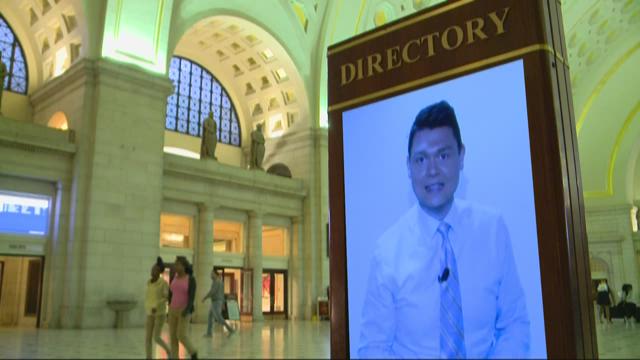 Station management tells WUSA9 that the screens were hacked, but would not elaborate. “Fortunately it was quickly turned off,” said Beverley Swaim-Staley of the Union Station Redevelopment Corporation.

The vertically-oriented monitors are supposed to be touch screen maps of the station. Swaim-Staley says developers of the screens “are doing their due diligence” before turning them back on again.

Seeking Good Samaritan who broke up vicious attack on metro