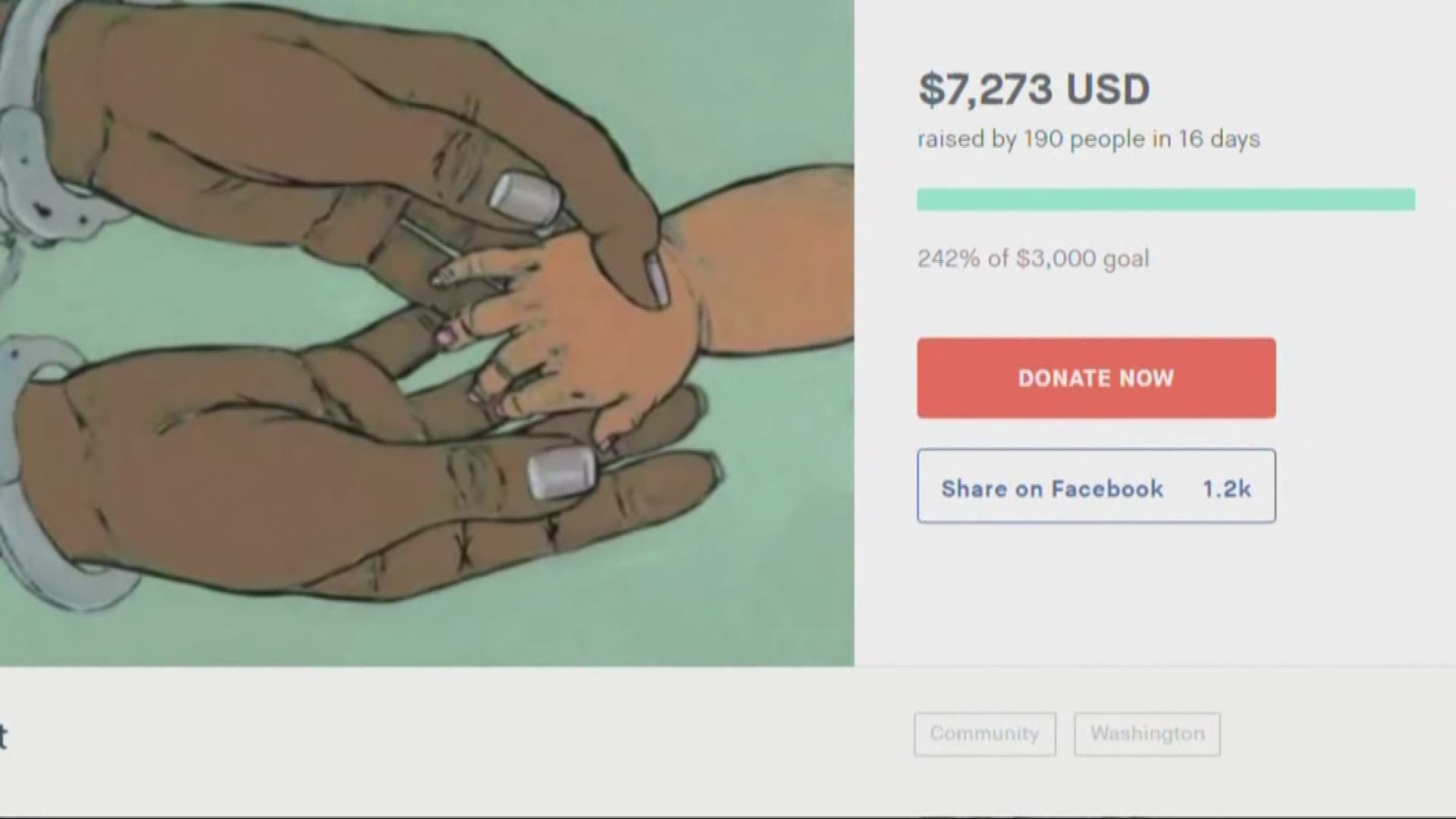 Eight moms are about to be bailed out of jail just in time for Mother’s Day.

“These are women sitting in jail away from their children and I think that is extremely unfair,” said Je Naè Taylor of Northwest Washington. She organized D.M.V. Mama Bailout. It raised the money to pay bail for the women awaiting trial at Prince George’s County jail.

“I think it's a big step,” said attorney Nnennaya Amuchie. Activists figure black women are twice as likely to be incarcerated as white women. “I think it lets mothers know there are people who care about them.”

“Money kept them in,” said Taylor. “But love got them out.”