The region's income gap is laid bare when holidays like Thanksgiving roll around, a Montgomery County Council member says. 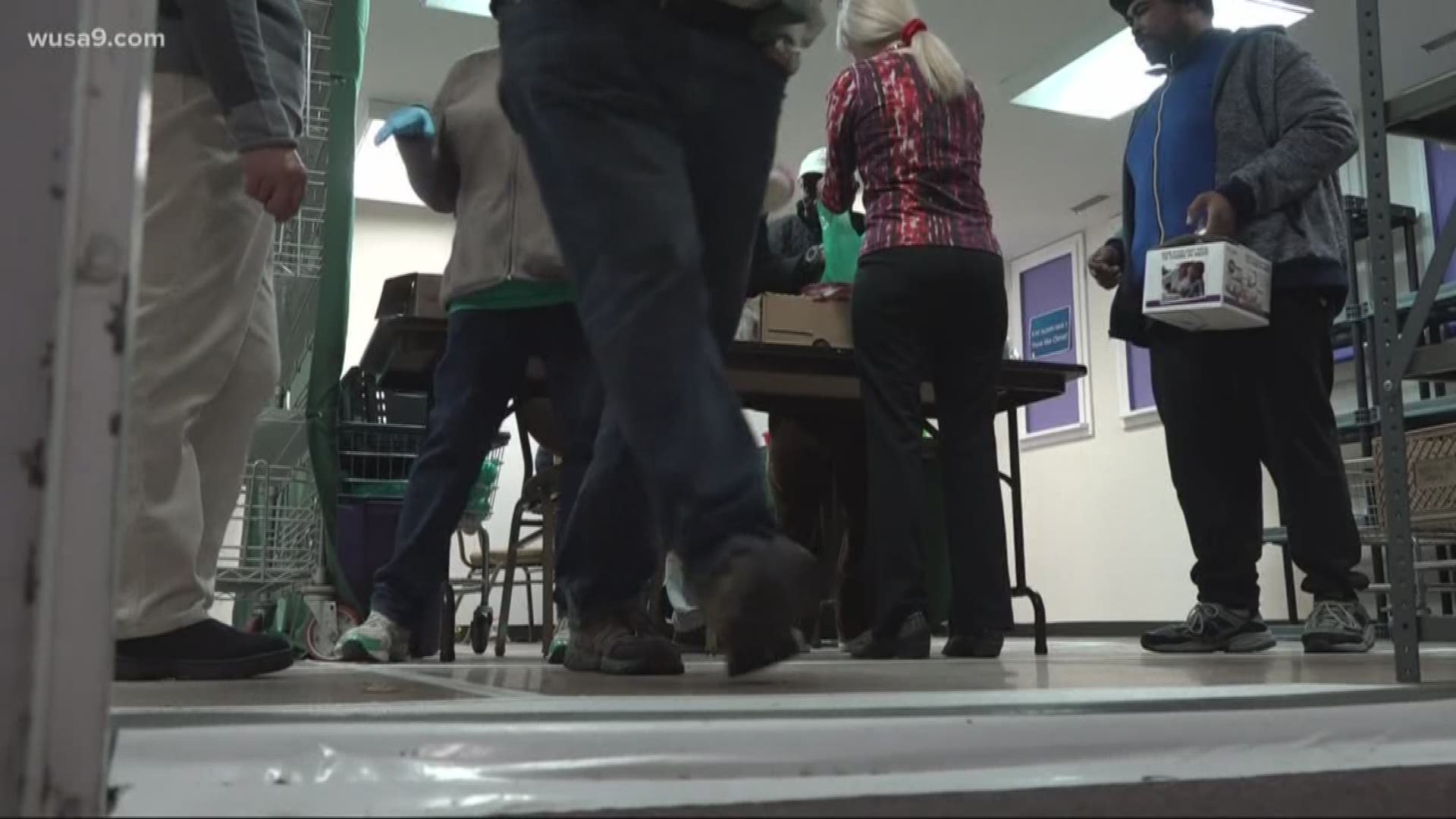 MONTGOMERY COUNTY, Md. — D.C. and its suburbs are the nation's third most prosperous metro area, according to U.S. Census and Federal Reserve data. But in Maryland, there's an income gap that's laid bare when holidays like Thanksgiving roll around, Tom Hucker, a Montgomery County Council member, said.

"That's certainly not the image of Montgomery County, right?" Hucker asked while volunteering Wednesday at a food bank operated by Adventist Community Services on Sligo Ave. in Silver Spring.

According to Hucker, that indicates a very large population of people who are working full time, but still facing poverty.

"The wages people are making even when they are working two or three jobs don't keep up with costs," Hucker said.

"The cost of living in this particular area is very high," he said.

"The amount of poverty in the tenth wealthiest county in this country has been something that's just stunned me," Flemmer said.

"This is why giving matters, not just now, but all year long," Hucker said.

RELATED: Thanksgiving parade balloons might be grounded this year, thanks to high winds