Missed out on getting a Game 7 watch party ticket? Here's where else you can go to root for the Nats

These spots across the DMV will be playing the game and rooting on the Nats during the final game of the World Series. 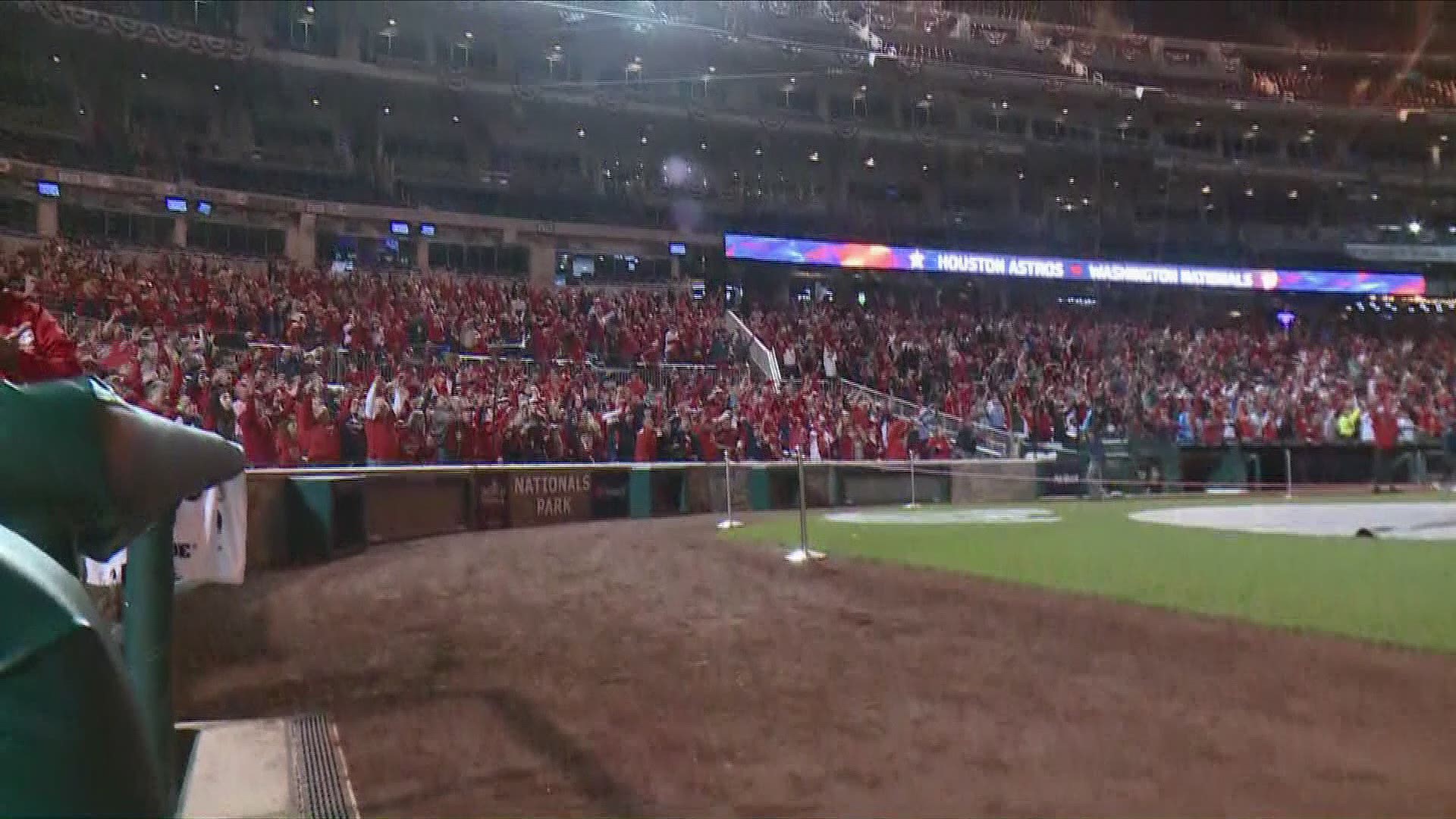 WASHINGTON — If you missed out on claiming your free ticket to the World Series Game 7 watch party hosted by the Nationals, don't fret. Here are some other places across the DMV where you can watch the Nats take on the Astros.

RELATED: Fans aren't taking 'no' for an answer at The Bullpen during the World Series

Watch Party and The Wharf

RELATED: Top 10 things you need to know about Game 7 of the World Series

And if you're planning on going to the Wizards home-opener, the end of the World Series game will be shown on the monitor. The Wizards are playing the Houston Rockets at Capital One Arena at 8 p.m.

Ticketed fans are invited to stay and watch the end of the World Series on the scoreboard as the Nationals battle the Houston Astros in a deciding Game 7. Concessions will stay open for fans after the basketball game.

Metro will  stay open a full hour after the game from four stations -- including Gallery Place for fans leaving Capital One Arena.