Here are some of the 'sweatiest' Metro stations in DC

WUSA9 took a heat gun to the stations with broken chilling systems to measure how hot they got during Saturday's heat wave. 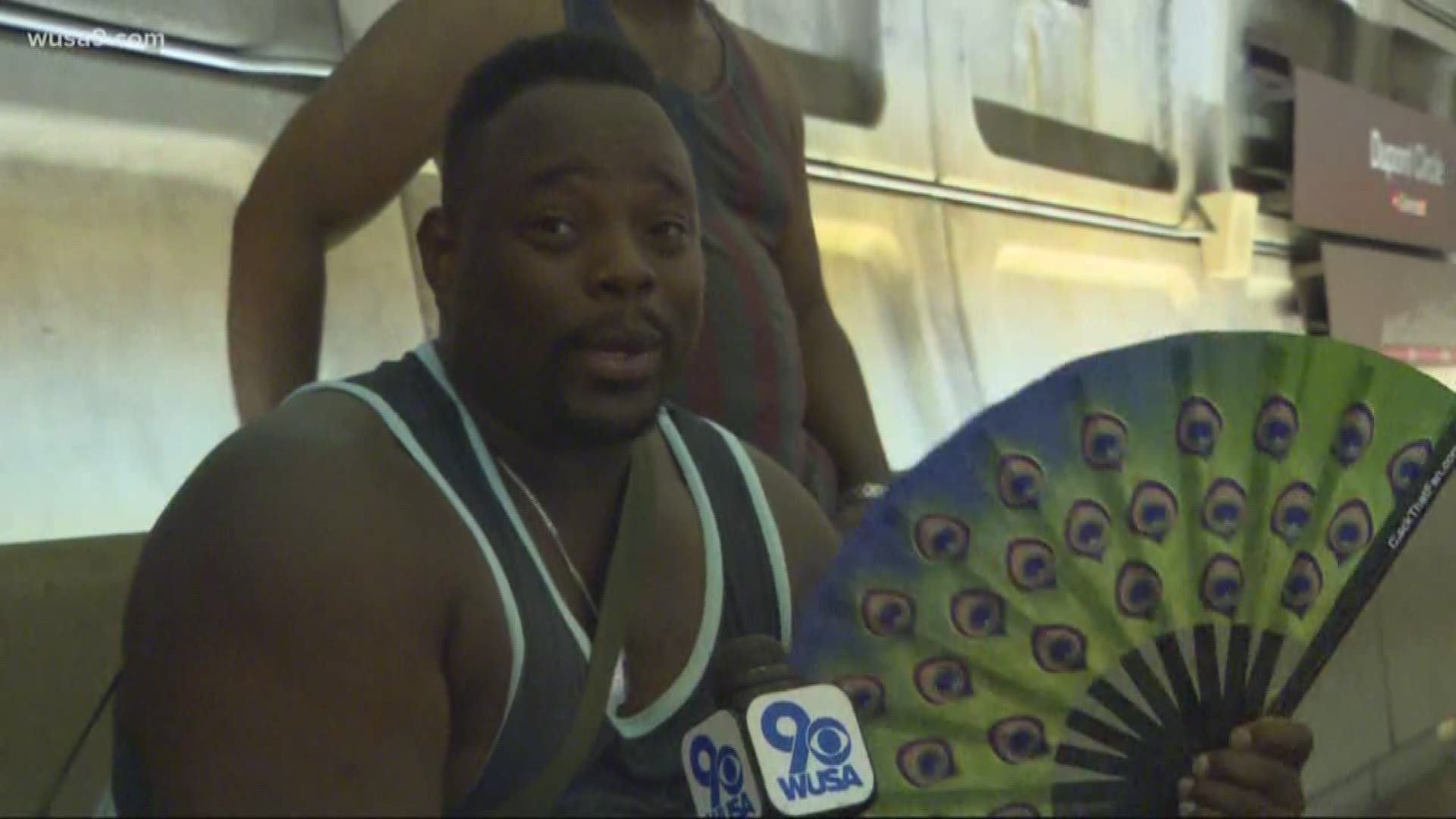 With temperatures reaching the hundreds over the weekend, Metro stations are getting steamy.

Three in particular are especially sweaty this summer, due to their chiller systems being broken: DuPont Circle and Farragut North.

The chiller at Union Station has been fixed as of Sunday morning.

The DuPont Circle and Farragut North stations are connected to the same chilling system, according to WMATA.

Metro said those chilling systems are more than 43 years old, and are the oldest in the system.

They haven't been replaced since Metro first opened in 1976.

The process to replace the chilling system at DuPont Circle and Farragut North is complicated, Metro said. It requires a major excavation that has slowed the progress.

RELATED: When is a fix coming for Metro’s hottest stations?

In the meantime, Metro has set up fans in the three stations to provide passengers with some relief.

The train cars proved to be much cooler, showing a temperature of 77 degrees.

Farragut North measured a little lower than DuPont Circle at 91 degrees, but felt about the same.

Judiciary Square, which had working chillers, showed a temperature of 86 degrees.

Metro said chillers are only designed to cool down the temperature by about that much, so they're working there and at 94 percent of stations.

Union Station proved to be the hottest, coming in at 97 degrees.

RELATED: Yes, it's hot. But how hot are surfaces in the District?

Metro said a leak in a chiller pipe on Amtrak property caused the system to shut down until repairs could begin Friday.

WMATA said the Union Station chilling system should be fixed within the next two weeks.

And, the system connected to DuPont Circle and Farragut North should be up and running by late July, early August.