GW Hospital takes rare step to save a life

Doctors at George Washington University Hospital opted for a remarkably rare measure in the practice of kidney transplants. The decision helped save a patient's life and could save countless others, especially African Americans. 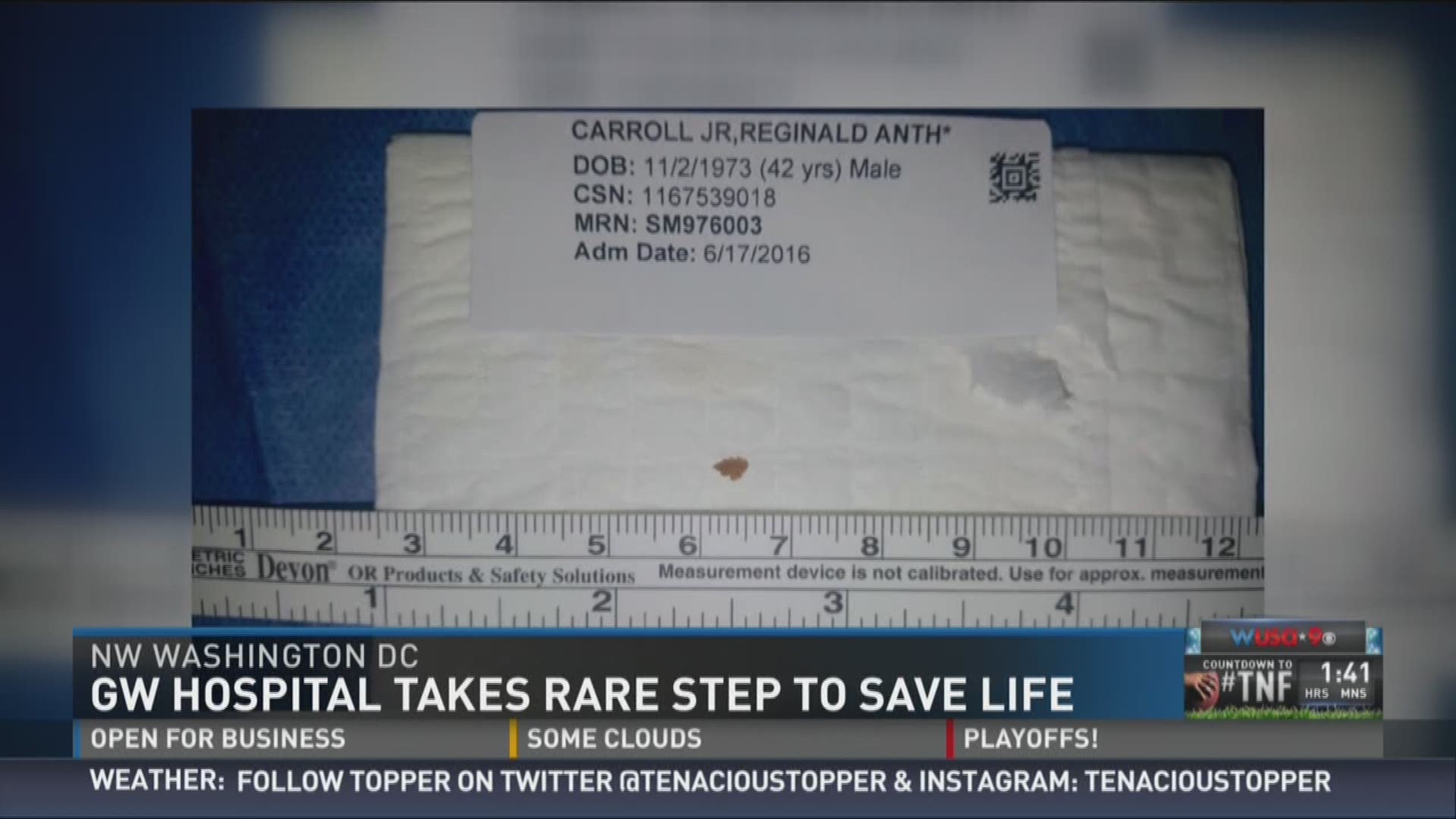 Doctors at George Washington University Hospital opted for a remarkably rare measure in the practice of kidney transplants. The decision helped save a patient’s life and could save countless others, especially African Americans.

“The problem in the United States right now is that you got 120,000 people that need a kidney transplant, 40 percent of those people are African Americans,” said Dr. J. Keith Melancon, the director of transplant services.

According to Melancon, African Americans are underrepresented in the kidney transplant donor pool.

Because patients like Alana Hunnicutt-Carroll often have to rely on their African American family and friends to serve as a donor. That same pool of people suffers from a higher rate of ailments like high blood pressure and diabetes, which almost always disqualify a donor.

“It was very hard, very hard to give up all my dreams and put them to the side,” Hunnicutt-Carroll said.

That’s when Hunnicutt-Carroll’s husband, Reginald Carroll, offered up his own kidney. Doctors thought they had a healthy match. But they soon learned he had kidney stones.

Carroll underwent test after test and procedure after procedure. Ultimately, Doctor Patrick Mufarrij performed two operations to remove his kidney stones. All the while, his wife was on dialysis three days a week, four hours at a time.

“Once you start dialysis, you are getting closer and closer to death,” Melancon said.

Yet, both doctors remained confident.

“Sometimes you see a patient and you are like this man is going to get it done,” Mufarrij said.

Reginal did just that – he donated his kidney to his wife.

“He stuck to his promise,” Hunnicutt-Carroll said.

Both are recovering well.