The woman has struggled to pay rent during the pandemic. 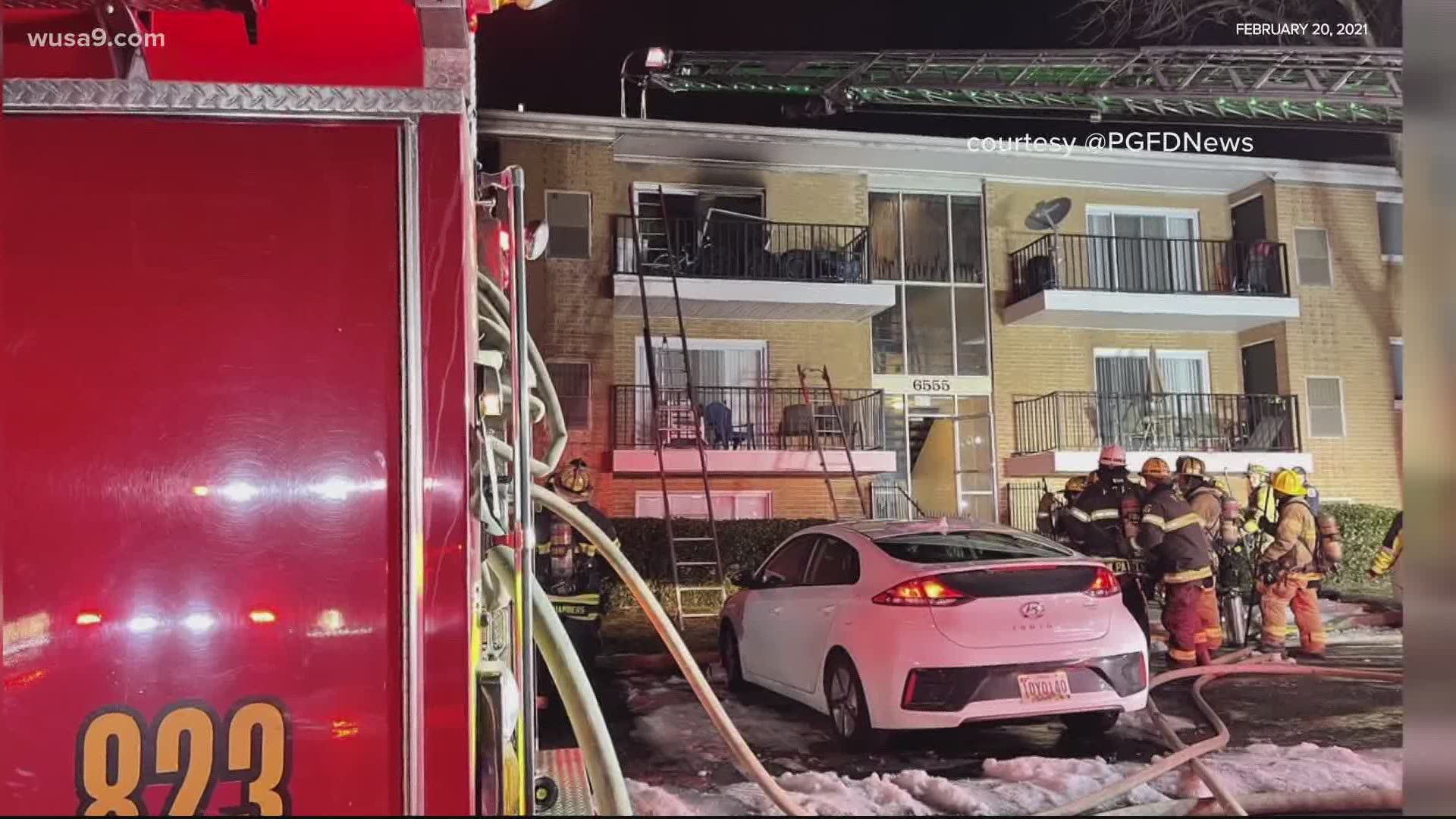 Brenda Jackson said that fire started in the unit nextdoor.

“One of my grandchildren noticed the smoke coming with the door. It was coming in so fast,” Jackson recalled, “I was scared to open the door thinking that the fire was in the hallway. So, I ran everybody to the balcony. I was afraid we wouldn’t make it out."

Her family managed to escape but lost everything in the fire. Notices posted on the building by county inspectors indicated it was deemed unsafe.

Jackson, her daughter and three grandchildren have been staying in hotels ever since. She spoke to WUSA9 from her hotel room.

“This is my fourth hotel,” Jackson said in the interview from her room. “And it interrupts the children's virtual learning when we have to check out at a certain time.”

Jackson said her grandchildren’s school counselors have helped assist them after the fire. However, she said managers did not offer her another apartment.

Apartment managers said that Jackson told them she did not want to live there anymore.

Jackson provided WUSA9 with a “Move Out Statement” from Gates Hudson indicating she owes more than $5,000 in back rent. The notice said it was due in full within 10 days. The letter even listed the date of the fire as her move out date.

“It's not like I didn't want to pay my rent. I didn't have the funds to do so,” Jackson said.

Jackson provided WUSA9 with documents proving her job at the Mayflower Hotel in Northwest D.C. was impacted by the pandemic. She received unemployment benefits from the District of Columbia. But when the federal stimulus checks ran dry last year, she said she struggled to make ends meet.

"I've reached out to agencies to assist me with rental assistance. But they replied that they ran out of funds," she said.

Jackson applied for the county’s relaunched assistance program too, but she said she hasn't heard back.

WUSA9 tried contacting Gates Hudson for two days. The vice president of residential operations finally emailed back moments after our stated deadline. Sheila Jones sent an email writing, “We are working directly with Brenda Jackson with her needs at this time.”

WUSA9 called Jackson back after she said Jones contacted her personally Tuesday afternoon. Jackson said her family was offered another apartment and connected to social services to help with the back rent.

“Oh my God, I am totally relieved,” she said clutching her chest. “You just saved my life thank you so, so much. Oh my God! I'm ready to go home now.”

Jackson said she and her family will be moving into their new apartment Wednesday morning.