'You're not alone' | Nonprofit sends roughly 17,000 holiday letters to veterans in need 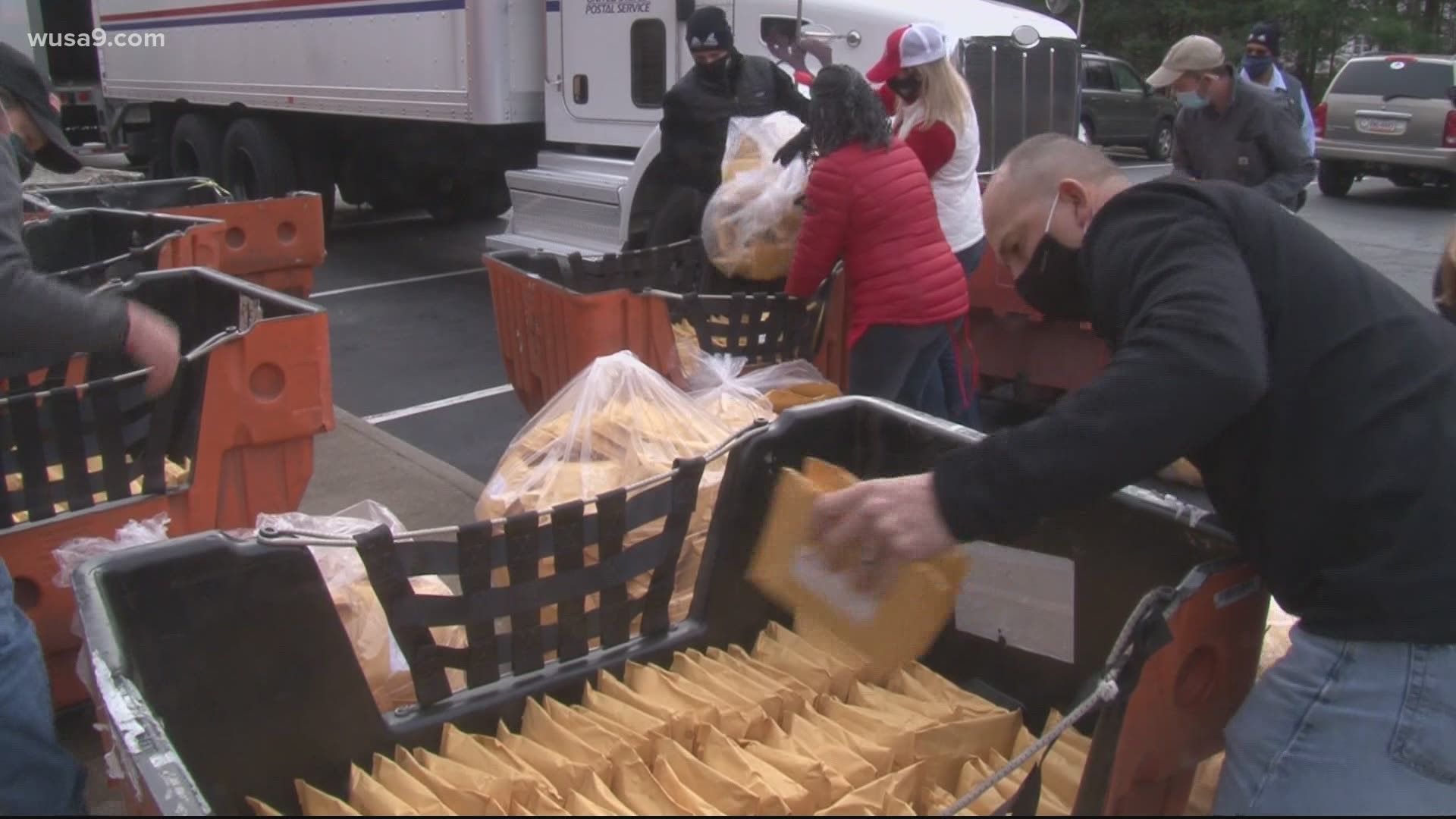 "It's the least we can do for all that they have done for us," said Laura Castellvi.

To date, they've provided over $200 million of financial support, career coaching and mentorship, according to Castellvi.

"My wife who is an Air Force veteran was an amputee and the Semper Fi Fund came in and helped us adapt a bathroom," Proellochs said. "I felt like I needed to pay back to them."

Proellochs started volunteering. Years later, he joined the nonprofit staff as a peer counselor for other veterans.

To date, they say they’ve disbursed more than $200 million in aid@wusa9 pic.twitter.com/DJ0hCutRO4

Being able to help them, he said is, "an amazing opportunity."

It's a calling inspired by his wife, who he lost in March.

"That was the whole reason why we got involved," he said. "She was diagnosed with cancer four years ago."

On Saturday, he helped send the same cards they once got.

And he shared a message, in every letter, whose value he knows all too well.

"You need to be thankful and you need to count your blessings," he said. "You have people that are out there that love you and that care about you especially during the holidays....you're not alone."