A film for healing following the killing of George Floyd 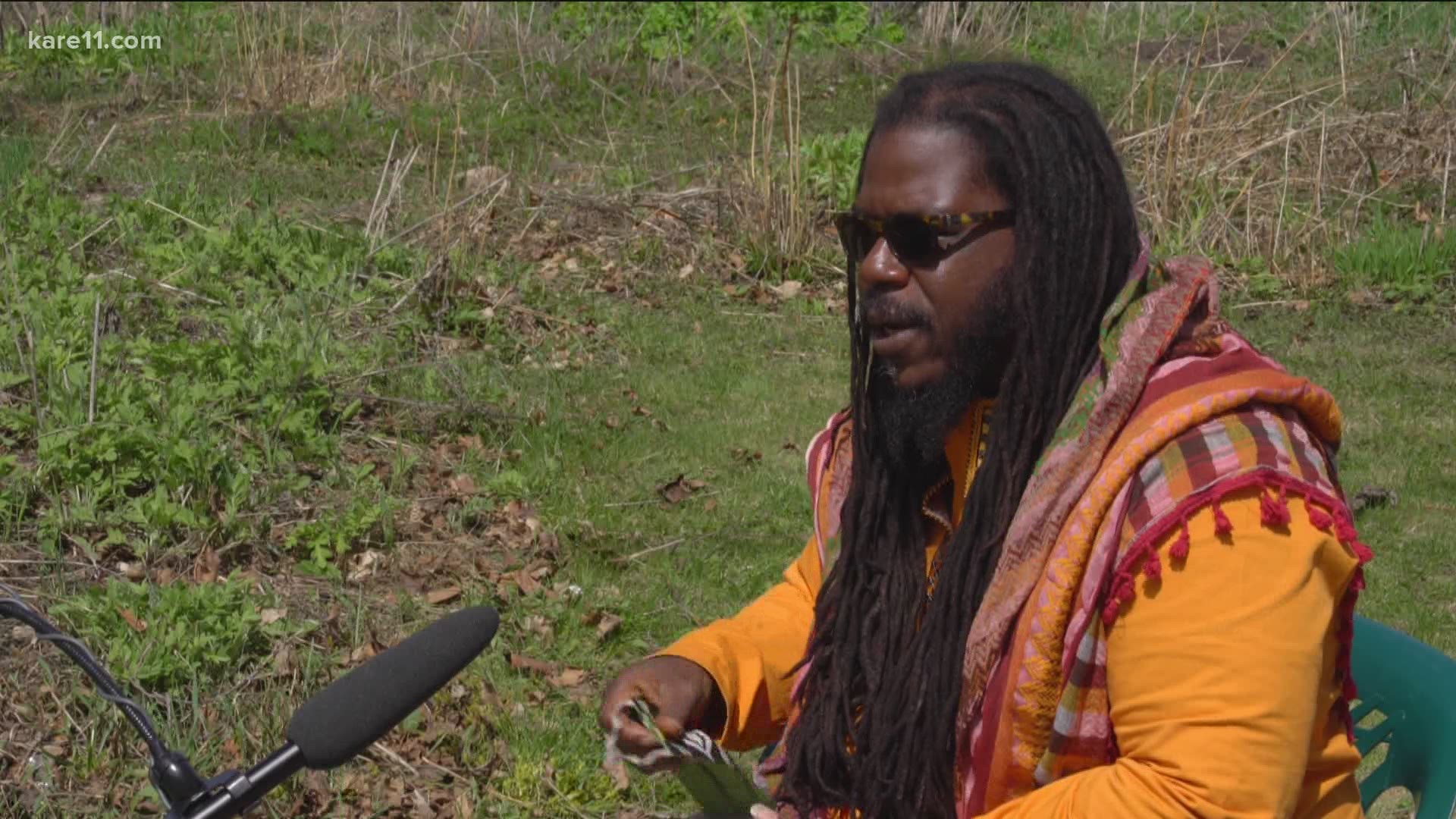 MINNEAPOLIS — A creator like Marcus Kar is always waiting for the right opportunity.

"'I was using spaces like this for people to come and hang out, and help me weed and plant stuff," Kar said, pointing to the Peace Havens Herb Gardens he runs. "And then I'd go home and I'd cry about it, because I'd hear all the stories."

The musician, filmmaker, farmer and director of North Minneapolis Programs at Youth Farm, found himself taking in the trauma from the killing of George Floyd, the trial, and the continuous loss of Black lives.

So he made a short film, called Strange Things. The five-minute short captures scenes from the civil unrest that followed the killing of George Floyd in Minneapolis last year.

"Strange Things is what we called it," Kar said. "[It] was just therapy you could say? While it was like strange, and shocking to the world, I think this community we're sitting in was kind of like, this is what we've been seeing the whole time."

The film is a reminder that this is the reality we are living in.

"I just think it's not normal, for this to be happening, for people to be getting so desensitized toward it," he said. "And just accepting this reality as something that's not normal, it's never been normal. Which is why the mental and spiritual health of Black people in this country is at test."

Kar said the feeling of being stuck, about feeling like society moving a lot but not moving forward was partially why he started the project.

"That in fact is the reason why I don't know what self care looks like," Kar said. "And I've been learning. I'm open to therapy, I went into talk to someone else about this even though I didn't feel like it was for me."

He added that making Strange Things was helping himself heal.

"I'm not really looking outside for healing, this video was really internal, it's really how I was feeling," Kar said. "There's a series of songs like that, where I'm like, some of them I'm just bawling, or playing classical piano. Or I'm with a cellist or a violinist-- I really wanted to show Black people in a very beautiful light."

In terms of self-isolation related to COVID, he said he believes it served him well in some aspects.

"I mean I think COVID had a purpose," he said. "Isolation and social distancing, was kind of a medicine. I don't want to impact anyone else in a negative way by reacting, because I'm so angry that you can't stop me now. I want to kind of redirect my energy towards creating my personal sense of safety, my own personal sense of wellness."