From the sanctuary of a Bethesda church, an immigrant said she doesn't fear ICE raids

But the mother of three American children said she does fear for others as the Trump Administration promises to detain thousands. 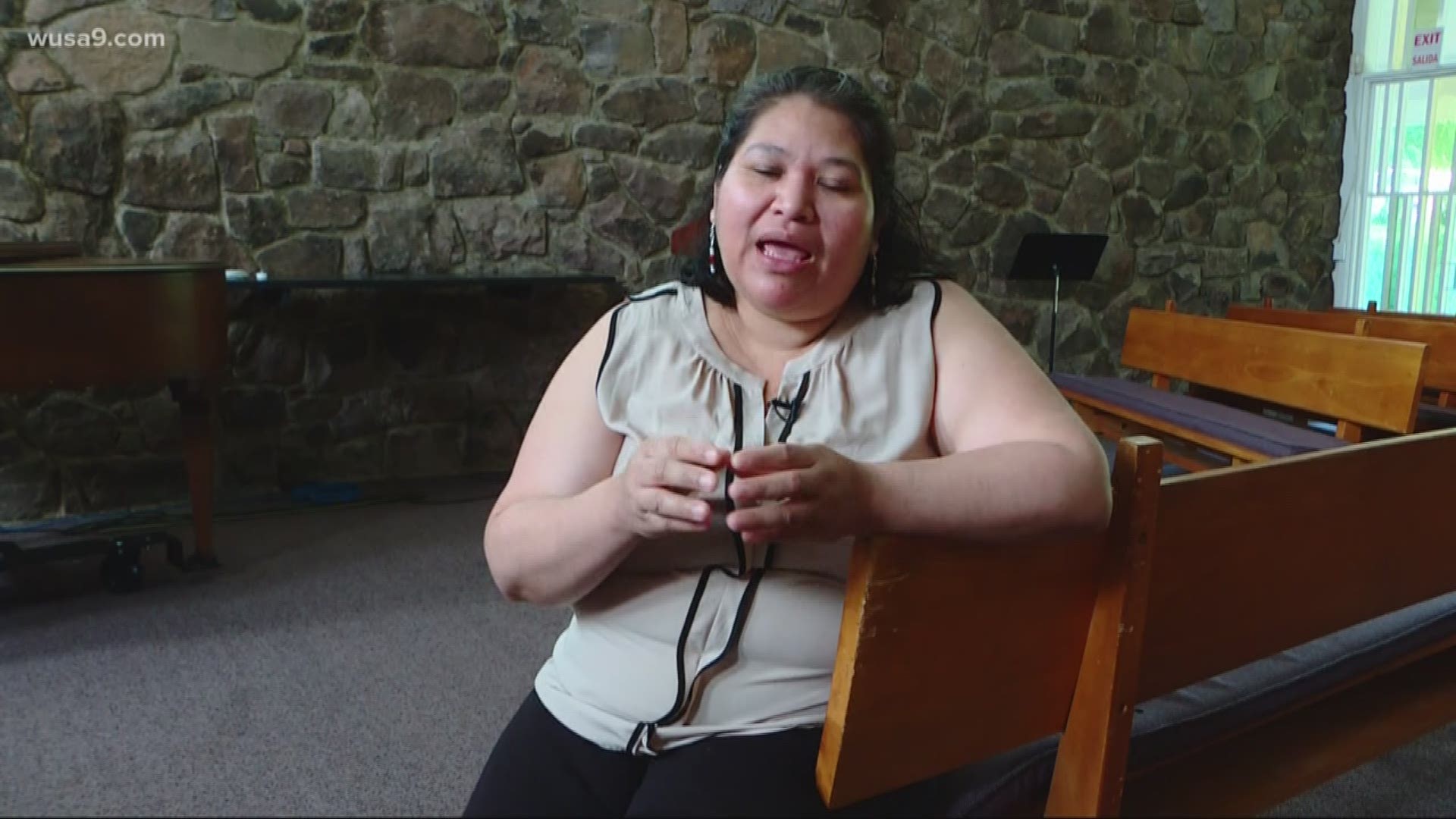 BETHESDA, Md. — Seven months after taking sanctuary at the Cedar Lane Unitarian Universalist Church here, a immigrant mother of three is still here -- convinced if she leaves, ICE will take her into custody and deport her.

The church is perhaps the first of an entire network of places of worship across the region offering sanctuary to immigrants at risk of deportation.

Rosa Guiterrez Lopes said as long as she's here, she's not afraid of becoming a target of the big ICE raids promised by the Trump Administration.

But she's terrified for many of her friends. "President Trump, put your hand on your heart," she said. "You're a human being, you have children. We're not bad people."

"We're a nation of laws and rules. But we are also a nation of compassion," said Rev. Abhi Janamanchi, the senior minister at Cedar Lane. "Doña Rosa is welcome to stay for as long as she needs to," he said, using a Spanish title signifying respect.

But if the massive ICE raids materialize and more immigrants come seeking help, Rev. Janamanchi said he'll likely have to send them to another church.

Guitierrez Lopez has three children, 12, 9, and 7, all American citizens, and the youngest with Down syndrome. She fled El Salvador after gang members killed her uncle and her nephew. Her brother was a police officer, but she said the gangs are now killing police and their families.

ICE did not return an email and phone call about her case. She was stopped when she crossed the border in 2005, and later ordered to appear in immigration court in Texas. But she said she didn't know the date, and when she missed the hearing, the judge issued a deportation order.

Federal immigration officials told her she had to leave by Dec. 10, 2018. She bought a plane ticket home El Salvador, but then felt she had to stay to take care of her children, and took refuge in the church.

Guitierrez Lopez said she came to America because it is a beacon of liberty, but said she's still looking for it.