According to the Sheriff's office, both parents have been charged with Involuntary Manslaughter. 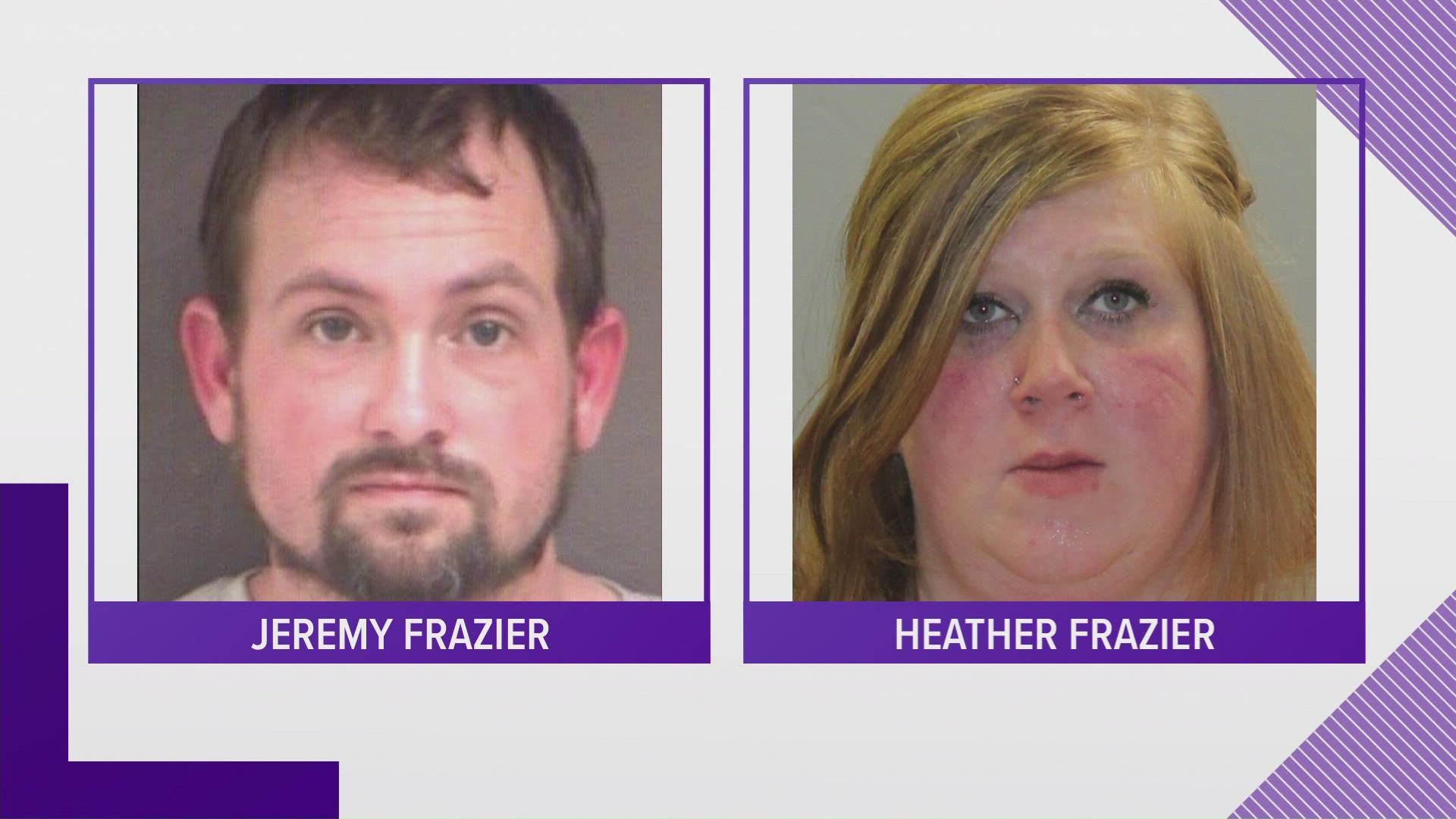 FREDERICK COUNTY, Md. — The parents of a two-month-old child who died in 2020 have been charged with the infant's death, according to the Frederick County Sheriff's Office.

The sheriff's office says on Friday, July 3, 2020, someone called for help reviving a two-month-old infant in Walden Way, in Mt Airy Maryland. After all life-saving efforts were exhausted by the medical personnel, they took the infant to Frederick Health Hospital, where doctors pronounced Grayson Frazier, dead a short time later.

Following an autopsy, officials said the child died from Fentanyl intoxication and the medical examiner ruled her manner of death as a homicide.

After deputies exhausted months of the investigation where they interviewed multiple family members and did detailed detective work, investigators determined that Grayson’s parents, 34-year-old Jeremy Whitney Frazier and 34-year-old Heather Marie Frazier were the prime suspects in their child's death.

Charges include the felony charge of involuntary manslaughter & a misdemeanor charge of neglect of a minor. pic.twitter.com/XKcA5Cy9OL

Both of the parents have been charged with a felony charge of involuntary manslaughter and a misdemeanor charge of neglect of a minor.

“This case is a great example of how our detectives worked together with multiple agencies to solve this terrible crime,” said Lt. Andy Crone, FCSO Criminal Investigations Section commander. “No stone was left unturned and every avenue was pursued. I am extremely proud of our detectives for successfully solving this case.”