More storms are expected throughout the remainder of the week. 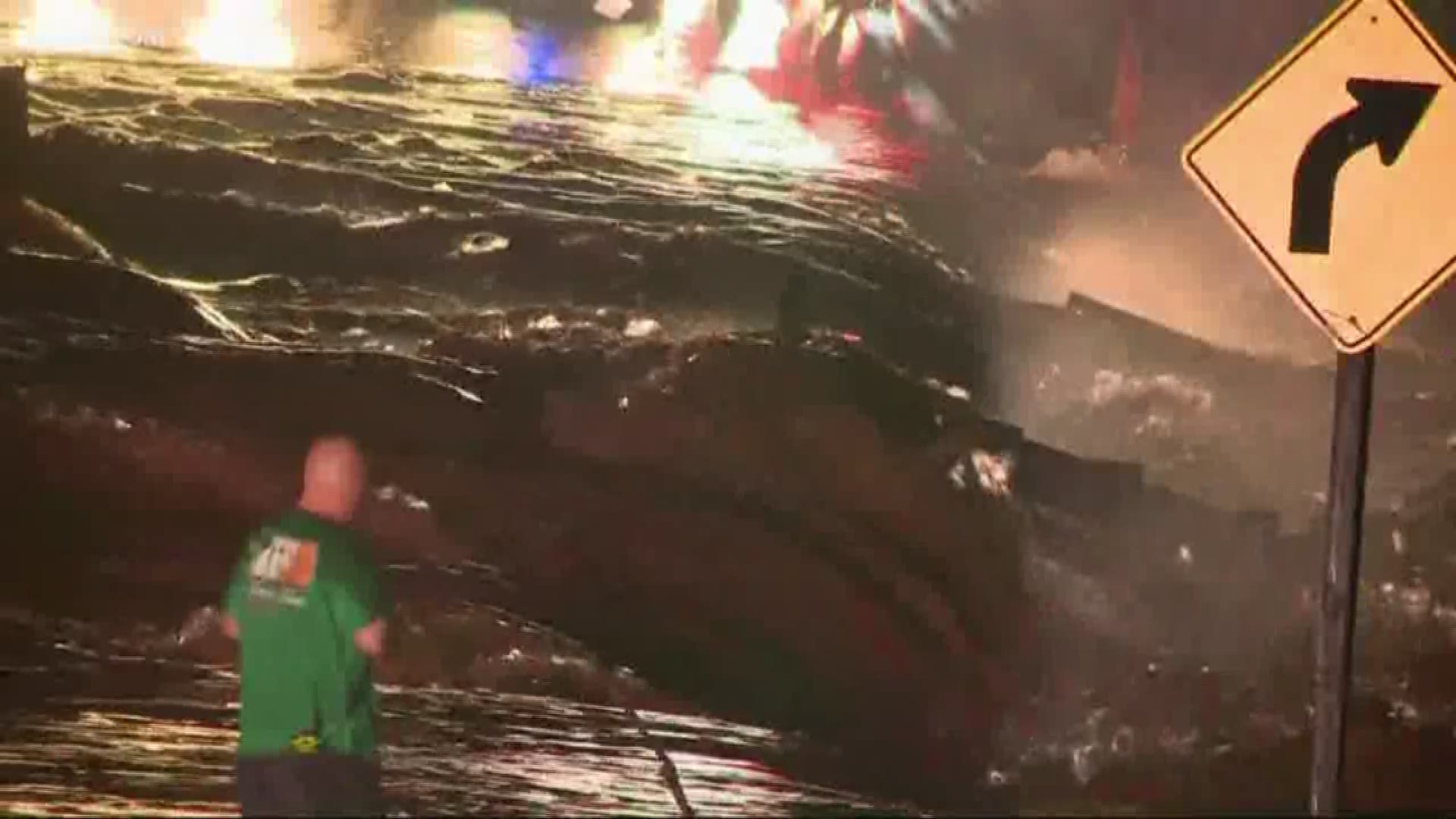 For commuters who use the MARC train in Brunswick to get to work, you will have to find another way. It will be closed on due to damage on the track. It is expected to reopen on Thursday.

The storm also destroyed a bridge on Jefferson Pike in Frederick County after fast falling rain caused a creek to over rush its bank. It ripped off the guard rails and asphalt on the road.

Fortunately, no one was hurt, but a car was damaged. The road is expected to be closed for at least a week.

Just a few miles away, a Frederick County gym also experienced damage from flooding. According to the CEO of the YMCA Frederick, Chris Colsville, said the floodwaters were so high that they reached school bus windows at in the back of the building.

Here's a look at some of the picture from the parking lot. Colsville said it was completely under water.

PHOTOS: Damage in Frederick after flooding

The flood threat will continue for the remainder of this week. Wednesday through the weekend will be mostly cloudy with numerous showers and a few thunderstorms each day.

RELATED: More storms throughout the rest of the week

Rain totals combined could be three to five inches locally and more than six inches with the highest amounts north of town.

PHOTOS: Up to 6 inches of rain floods parts of Frederick Co.