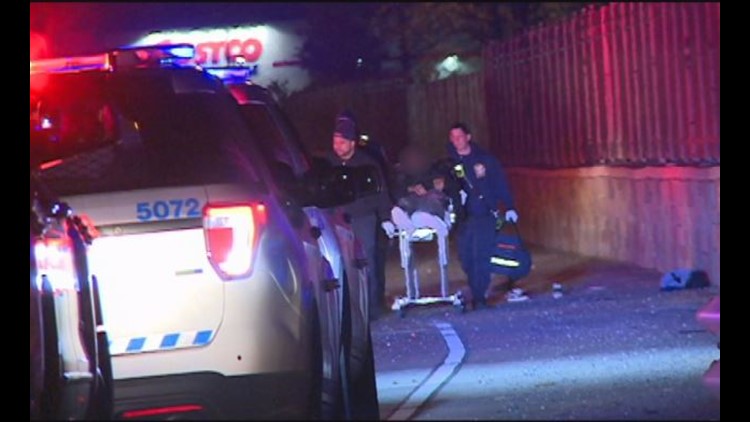 Photo by: Rogers, Susan
Medics transport one of four drive-by shooting victims to a local hospital for non-life-threatening injuries.

WASHINGTON (WUSA9) — Four men are injured and a portion of New York Ave. was shut down after an early morning drive-by shooting.

According to Metropolitan Police, the violent night on the streets of northeast DC began when they received a report of a shooting in the 3600 block of New York Ave. around 1:57 a.m. Police rushed to the scene where they found a sedan with windows shot out, and four men suffering from various gun shot wounds. It was later determined that the men were all shot while traveling in the eastbound lanes of New York Avenue, by suspects in another vehicle.

All four victims have been transported to a local hospital where they are expected to recover.

So far there is no information available on possible suspects or motive in the shooting.

A mile-long stretch of the eastbound lanes of New York Ave. was closed between Bladensburg Rd. and South Dakota Ave. while crime scene investigators collect evidence, but have since reopened.