For the first time, they spoke out about their son's death. In their only broadcast interview, the couple talked to WUSA9's Delia Gonçalves about their frustrations with the investigation and what life is now like without their only son. 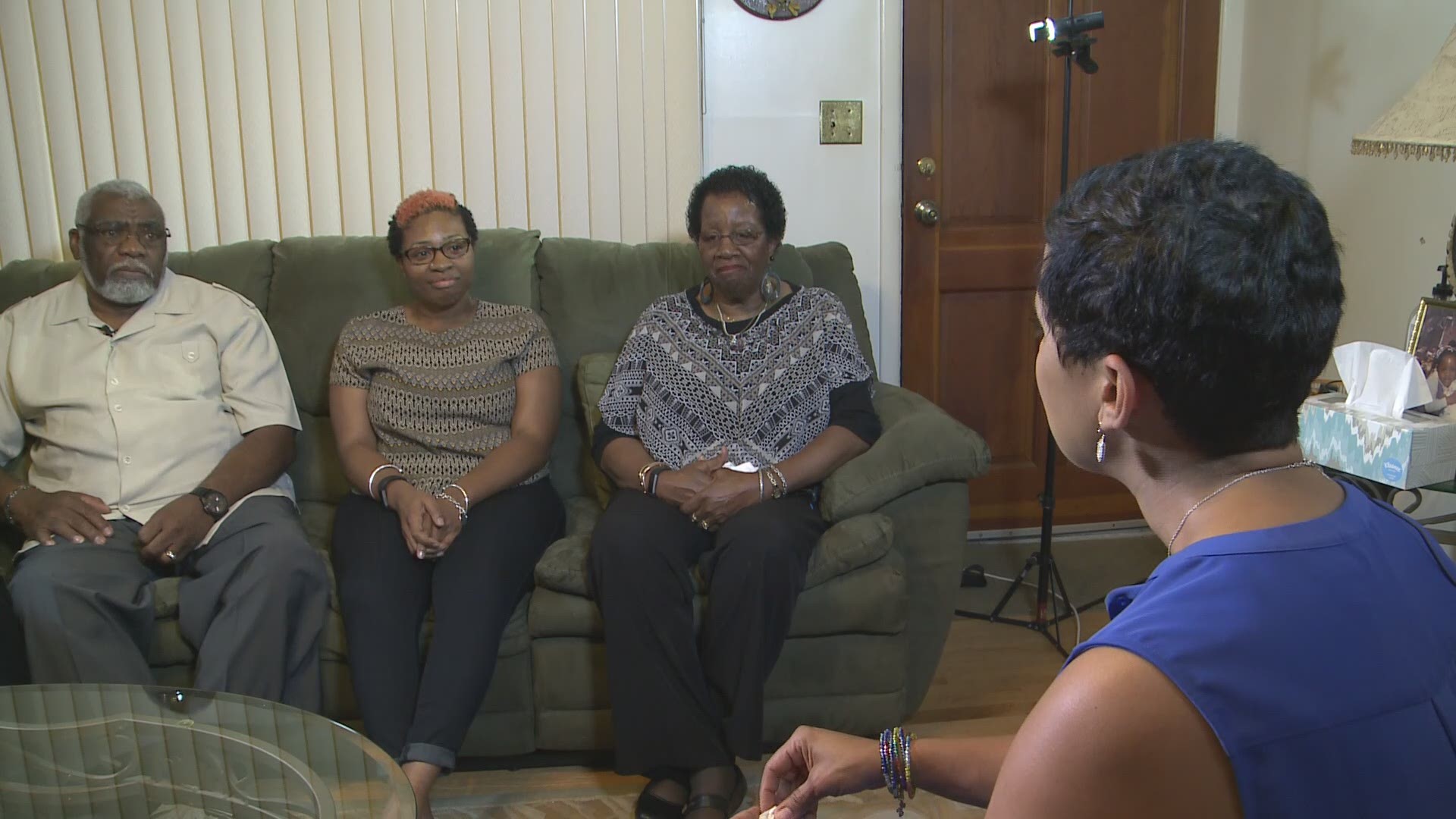 Who was Terrence Sterling?

Terrence Sterling lived in Fort Washington, Md. with his parents. He worked as an HVAC technician. He was well known and liked by the community he served.

Sterling was close with his sister and still went to church with his family.

"If you met him, you would never ever forget him," said Isaac Sterling, Terrence's dad. "He had a smile that would strike you at your heart." 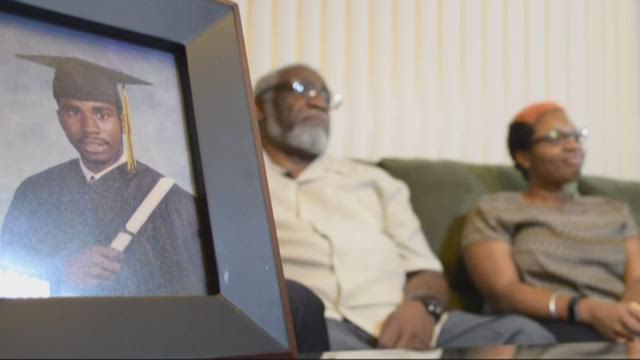 Isaac recalled a family dinner they had a week before Terrence died. He said they were all laughing and having a good time, talking about their futures. One week later, his son was gone.

Terrence Sterling was 31 years old when police shot and killed him on Sept. 11.

“We’ll probably never be the same again for the rest of our lives,” said Isaac. He added that a part of them will always be missing.

Sterling's sister added it wasn't his time to go.

"There's a bond between a brother and sister, a sibling," said Chrystal Sterling. "You have older people in your life who pass away from old age. They're ready to go. He wasn't ready to go. Someone decided to take him." 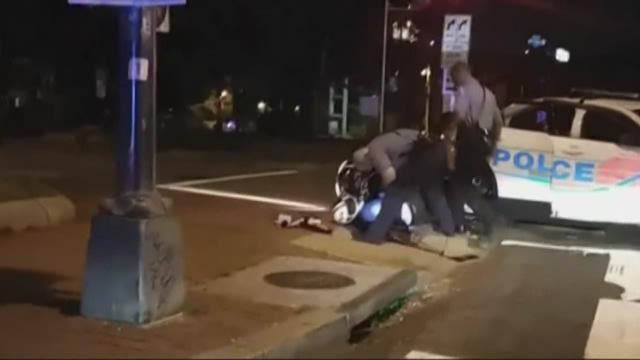 Officer Brian Trainer, 27, was in the passenger seat and shot Sterling twice—once in the neck and once in the back. He was pronounced dead at 4:55 a.m.

Sterling did not have a weapon.

The Sterlings learned of their son's death later that day when officers went to their church. His mother Florence could barely speak when recalling the moment she found out her only son was dead.

“One of the hardest things I ever did in my life was to sit down and plan a funeral for a son that was 31 years old,” Isaac Sterling said, fighting through tears.

According to the $50 million civil suit the family filed against the Metropolitan Police Department, police admit the officer illegally chased Sterling down 3rd Street Northwest.

“This is not about me being against the police department. This is about me getting justice for my son,” Isaac added.

“He wasn’t ready to go, but he didn’t have a choice. [The police] chose,” said Sterling's sister, Chrystal.

Officer Trainer violated police policy because he did not turn on his body camera until one to three minutes after the shooting. Once he did, the video showed a graphic scene of a second officer trying to give Sterling CPR.

There are also questions over whether Officer Trainer called a police union representative or an ambulance first.

"The unreleased portions of the body camera footage shows a police union representative arriving on the scene to protect Officer Trainer, and the family and the community wants to know who did these officers call first?” the attorney said. “Did they call an ambulance to protect an innocent civilian or did they call a police union representative to help Officer Trainer get his story straight?"

The mayor's office confirmed there is additional video, but its policy is to only release video that they have up until the time emergency medical personnel arrive on the scene.

Witnesses have testified before a grand jury, but there is still no word on whether the officers will be indicted or face charges.

Both officers are on paid administrative leave while the investigation continues.

Police Report by wusa9 on Scribd

For Sterling's family, it has been an excruciating wait for answers.

“We want to be able to move on, but we can't because we're stuck here wanting to know what actually happened with him,” said Isaac. "We’ve been trying to be patient, but your patience comes to a point where it ends and you want to know what’s going on." 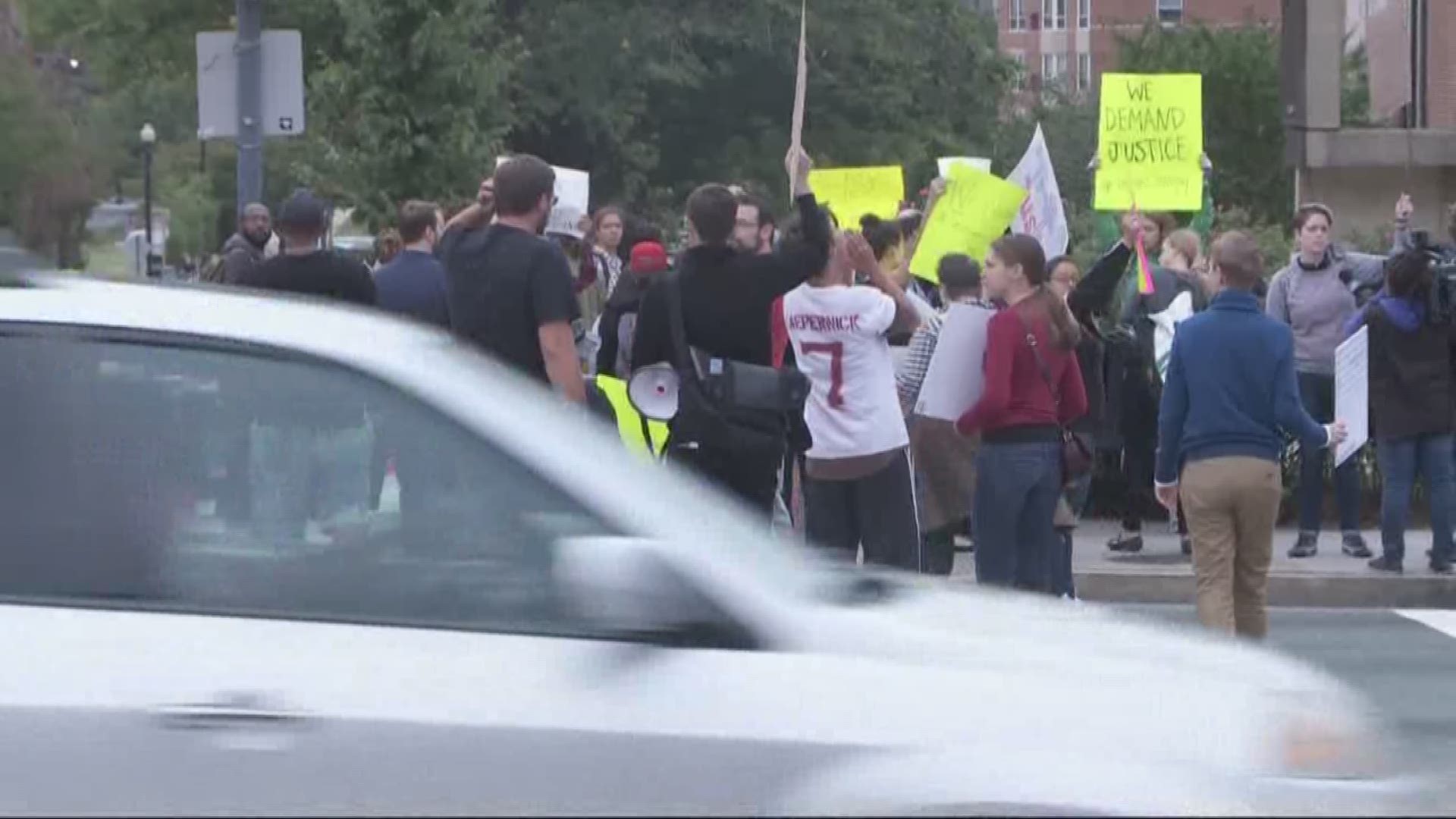 Sterling wasn't the only case

In one instance, protesters blocked traffic for about 10 minutes on New York and New Jersey avenues in Northwest, D.C. In another case, about two dozen Georgetown University students marched from campus to the White House to shed light on Sterling’s case and others around the country.

Sterling's family purposely stayed out of the demonstrations. They said Terrence was a peaceful man and they wanted to honor his life and legacy.

2016 was a volatile year with several black men being shot and killed by police. Here's a timeline of some of the other incidents:

Police shot Alton Sterling several times at close range while holding him on the ground. He had a gun in his pocket. It's not clear if he reached for it.

An officer shot and killed Philando Castile while he was in a car with his girlfriend and her 4-year-old daughter. She streamed the horrific aftermath on Facebook Live. Castile had told the officer he had a weapon on him.

Police shot Charles Kinsey, a therapist who was taking care of an autistic patient. He was negotiating between officers and his patient. Before the shooting, Kinsey had laid on the ground with his hands raised asking officers not to shoot. Kinsey survived.

Police shot Keith Lamont Scott in the parking lot of an apartment complex. Police said he had a gun. Scott's family said he did not.

In all, 963 people were shot and killed by police in 2016, according to research done by WUSA9's news partners at The Washington Post.