"The future of the human race is going to depend on the decisions we make today," said McCormick. It's a big idea that considers the world's biggest problems like pollution and climate change. 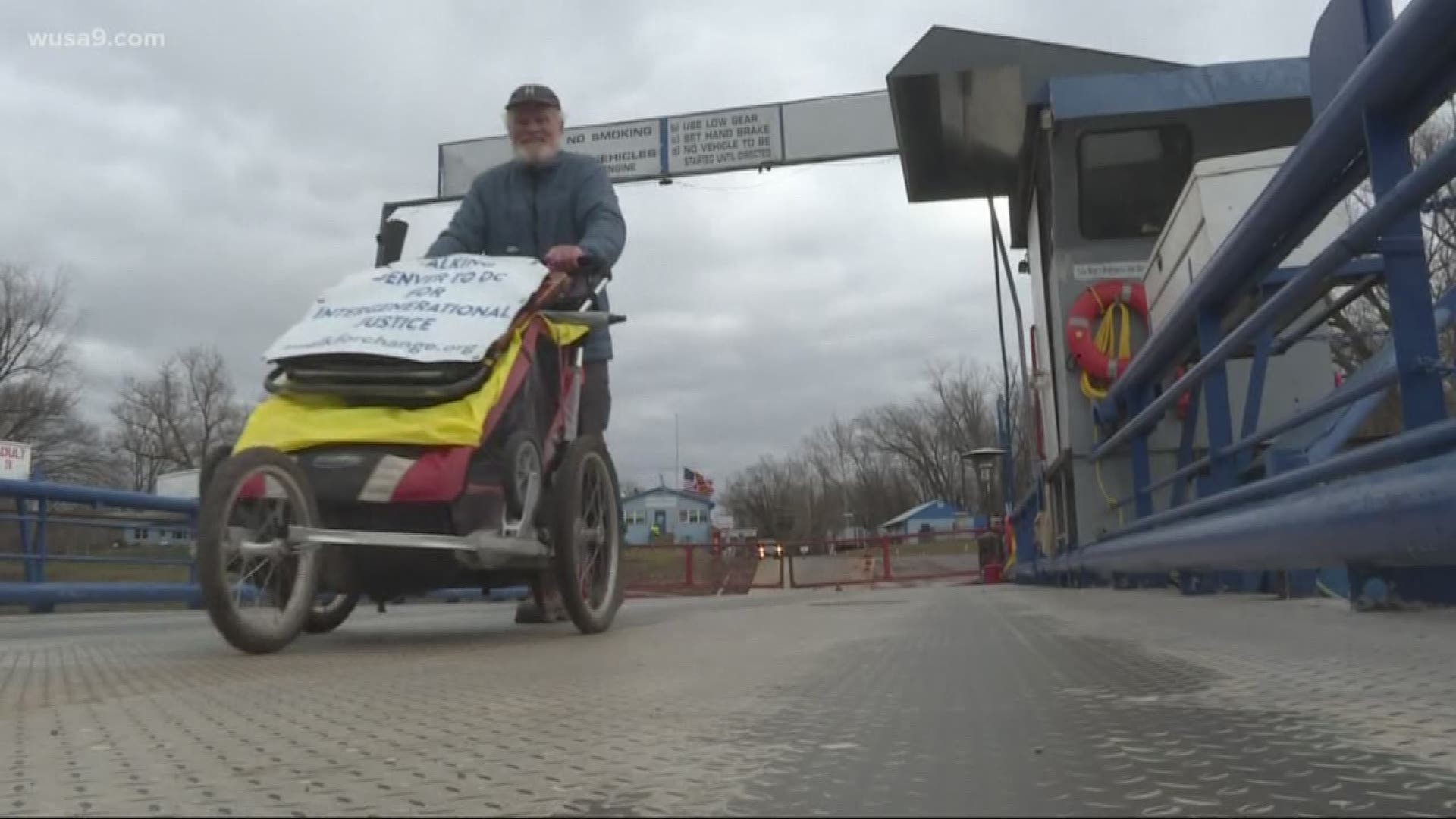 LEESBURG, Va. -- How are we humans doing when it comes to leaving this world for our children...and their children? Pretty lousy, according to many scientists and a former Virginia man, who is walking across the country to raise awareness about our responsibility to the future.

Bob McCormick, 69, feels like he's home again when he reaches White's Ferry in Maryland to cross the Potomac into Virginia where he used to live. He's walking 1,700 miles from Denver to D.C. for Intergenerational Justice.

"The future of the human race is going to depend on the decisions we make today," said McCormick.

It's a big idea that considers the world's biggest problems like pollution and climate change.

"The United Nations recently released their study that said we basically have ten years. The World Health Organization said 93% of the world's children are suffering from pollution," he said.

Add to that the global problems of disease, the extinction of species, overpopulation and poverty. McCormick saw a lot of poverty walking across the United States over the past four months.

"I had no idea the depth of poverty that exists in this country. We have a problem on our hands and who's at fault? To my way of seeing it, we're all at fault. All humans are at fault."

McCormick believes the human race needs to work together to find solutions for tomorrow's people and this world.

McCormick was a councilman in the Vienna Town Council and a community activist. But his whole world changed on 9/11.

"That was a big hole. I wanted out. I wanted to end my life."

He was hospitalized and got help. Then, he started doing his own research and writing.

McCormick's final destination is the U.S. Capital. He and his supporters will be there Sunday at 3pm.

You can learn more about his cause at his A Walk for Change website or Facebook Page.