"The Queen's Gambit" is inspiring people to pick up the game for the first time. 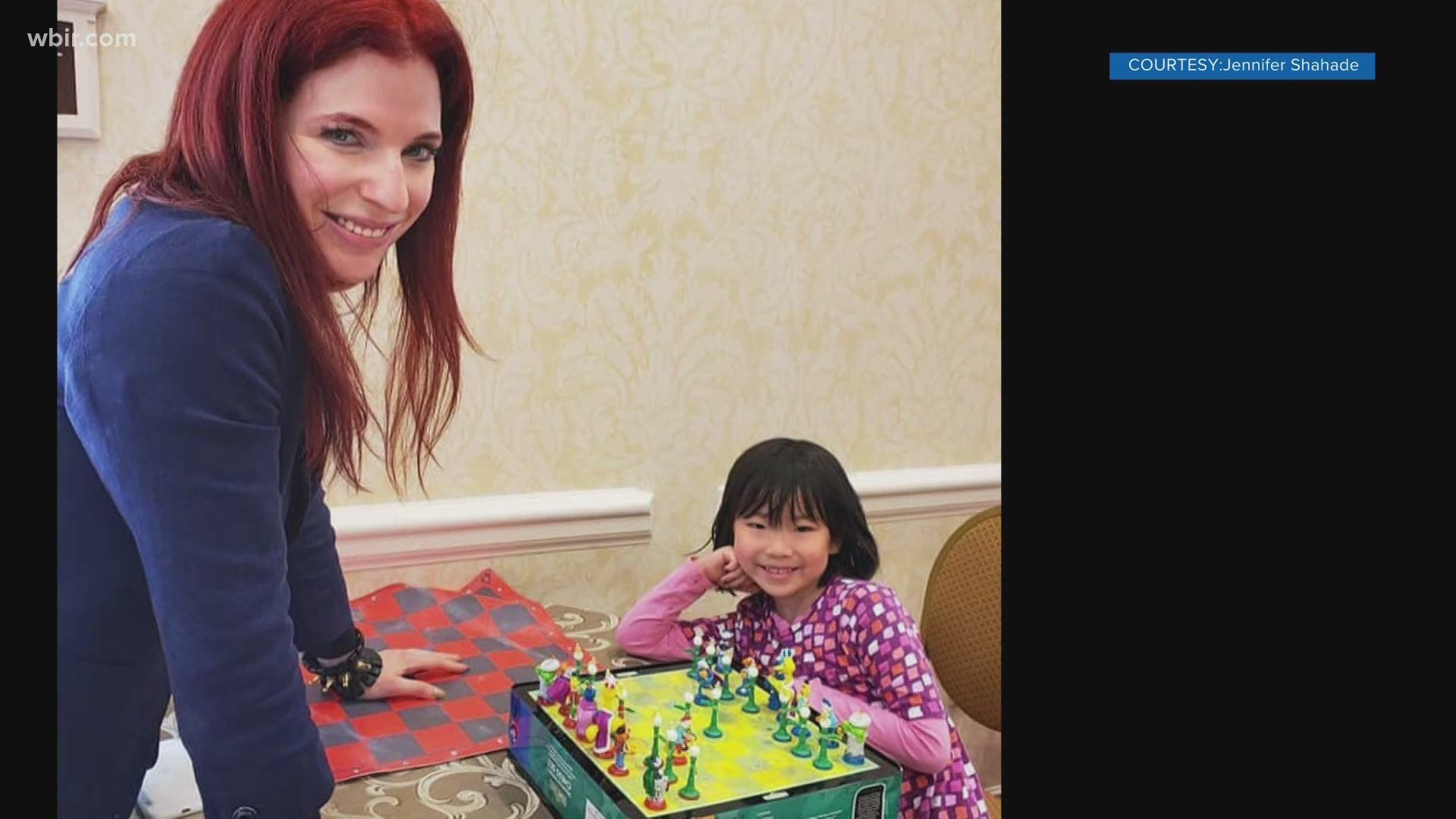 KNOXVILLE, Tenn. — Just like Beth Harmon in "The Queen's Gambit," Jennifer Shahade knows what it's like to be the only girl in a room of chess players.

"My father taught me when I was like five or six years old. And so, I can't even remember not knowing how to play. I got really, really addicted to it in high school. My brother is also a very strong chess player," Shahade said.

As the first female to win the U.S Junior Open and as a two-time U.S. women's chess champion, Shahade experienced the glamor that viewers glimpsed in the popular Netflix show.

"The doors that it opened, the ability to connect with people all over the world," Shahade said.

The show, and the book it's based on, are helping Shahade inspire a new generation of female chess players.

"This has been a really fun initiative, and we also have beginners women classes for the first time online," Shahade said.

Shahade is a fan of the show and the way it made chess appealing to those who've never played before.

"I really loved the way that Anya Taylor-Joy portrayed the thinking woman, and that complete experience of being absorbed in the 64 squares that I thought she nailed and in a way that no other movie or TV show depicting chess before had done,"  Shahade said. "And, I think that one of the reasons it was so resonant with people is because that requires a lot of physical acting and eye movements and micro-movements of the hands, but not necessarily a lot of spoken language."

She's been an advocate for women in chess throughout her career and hopes the exposure from the show will inspire more female players as well as seniors who are stuck at home in isolation.