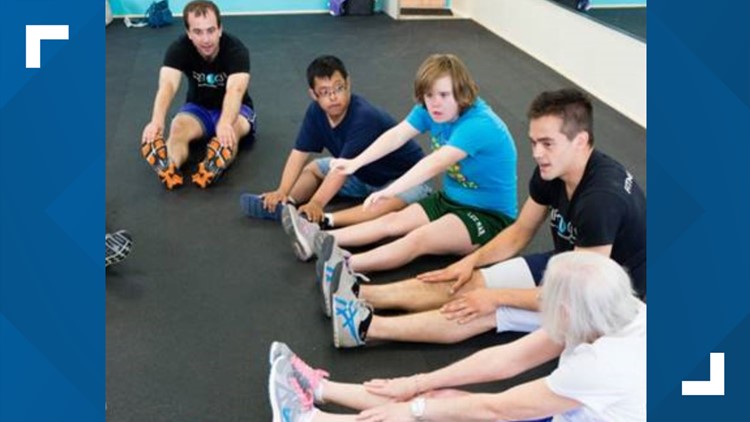 Fitness instructor with autism helps teach others with developmental disabilities

Smith's autism gives him an individual approach to fitness. He's worked at SPIRIT Club in Maryland for six years, and assists in group fitness classes, according to a press release. While he helps out in courses aimed for people of all abilities, Smith focuses on supporting those with physical and developmental disabilities -- like autism.

Smith has always wanted to lead fitness classes, and recently completed his certification through Road Runners Club of America. His experience as an assistant trainer is paying off as he leads participants of fitness classes with and without disabilities.

After doing some research, Ciner found that people with disabilities are 58% more likely to be obese than the average American.

RELATED: A 4-year-old with autism was having a 'meltdown' on the Metro. Then this officer stepped in to help

Once Ciner came to this realization, he hired Smith.

Today, Ciner runs an operation that offers group and personalized fitness training to over 130 people with disabilities in five Maryland classes, and Smith is there to help. The courses include general fitness, yoga, Zumba, self defense and supported fitness -- a program geared for those with disabilities and their supporter.

Spirit Fit and Health was created to merge the communities, according to a press release. Ciner and Smith are working toward catering to toward under-served communities, such as those with disabilities, through exercise.