See the newer, safer intersections planned to pop up across our area

Montgomery County says a just-completed “protected intersection” is a first in the Mid-Atlantic and more could be on the way. 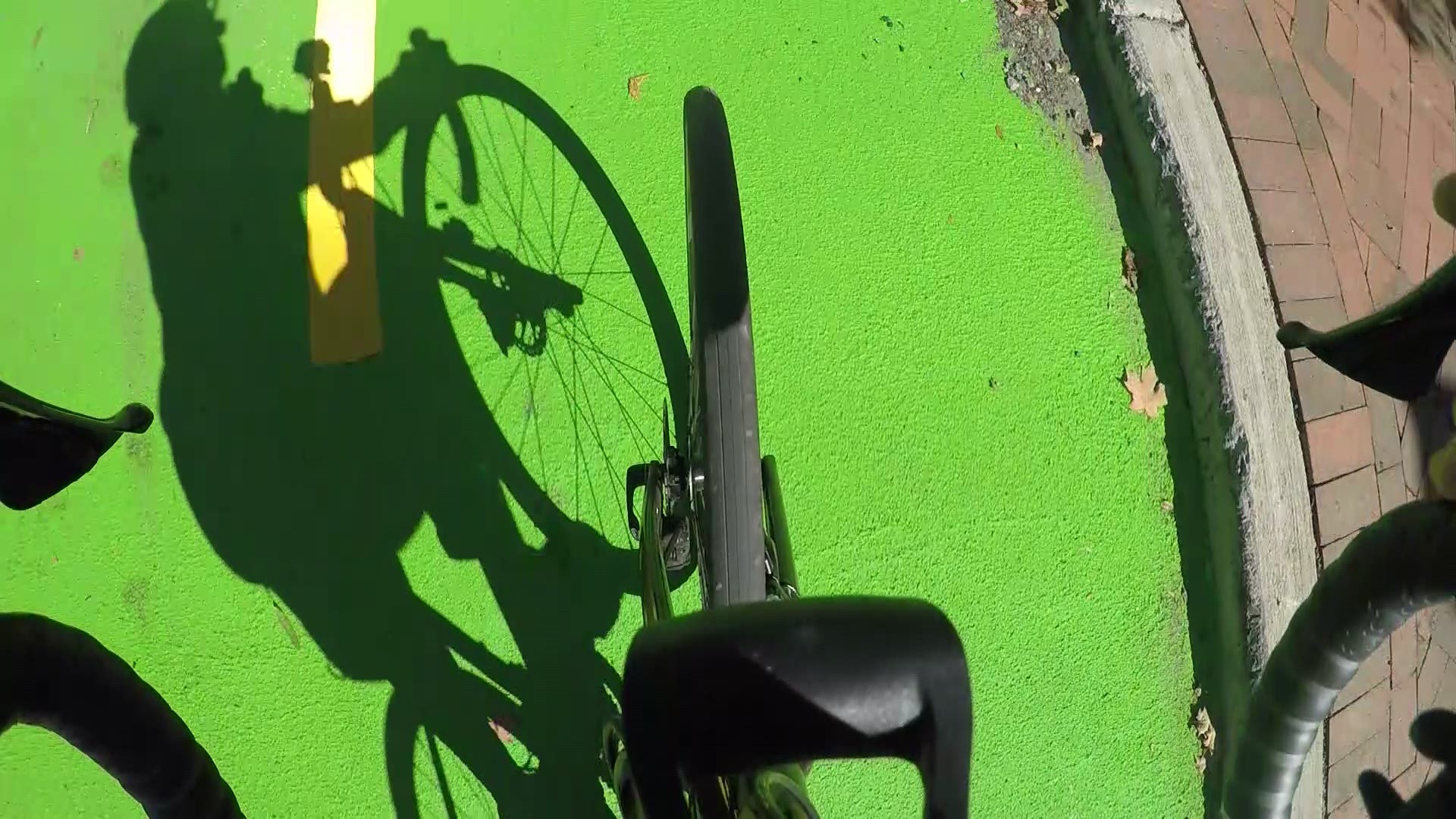 The Montgomery County Department of Transportation project manager showed off what the county calls a “protected intersection” at Second and Spring Streets in Silver Spring. The design uses extra-wide curbs to push drivers away from bike lanes and crosswalks, forcing them to make wider, slower turns. The bike lane is painted bright green in hopes of drawing drivers’ attention toward those on two wheels as well as pedestrians.

“If we can slow people down five miles per hour, it makes a huge difference,” Johnson said. He called the design a literal “learning curve” that causes drivers to think before they turn.

Johnson said the intersection is the first of its kind in our region. He said Atlanta, Boston, and Chicago are the closest cities that have installed such intersections, which took the county three years to plan and build.

“It’s great,” Heidi Coleman, a retired federal worker who bikes around Silver Spring regularly, said. “When I started biking in Silver Spring, it was not very bike-friendly.”

Coleman said she hopes this first in our area is not the last.

RELATED: Maryland among deadliest states for intersection crashes, according to study

Montgomery County’s plans call for similar intersections in Bethesda, Wheaton, and White Flint, according to Garrett Hennigan of the Washington Area Bicyclist Association.

“This is a great first step,” Hennigan said. “I think this is a really good template to show what works and what needs to be improved upon.”

Johnson said the project cost $1.5 million, which also included a host of other nearby improvements for bikers and bus riders as well as repaving of the road. Johnson said the county is keeping a close eye on the finished product so it can incorporate tweaks into future projects.

“I think it’s the first of many in the county and in the region,” Johnson said.