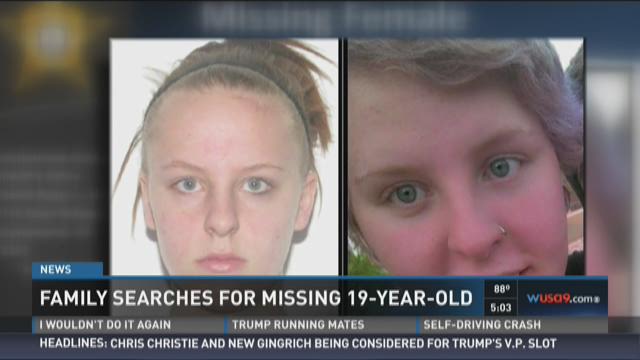 Nineteen-year-old Katelin Aken disappeared six months ago and relatives and members of the sheriff’s department will join the non-profit group, AWARE, in an outreach effort.

They will be passing out flyers at the Hobby Lobby off route 3 in Fredericksburg from 12 p.m.- 2 p.m.

Her mom, Lisa Sullivan finds it hard to concentrate these days. In fact for the past 209 days that's how long her 19 year old daughter Katelin has been missing. “It’s hard I can’t sleep, I think about her all the time,” Sullivan said, “where is she, how is she doing, why isn’t she calling home?”

Katelin's stepdad was supposed to drive her to Reagan National Airport Friday, December 5, 2015. She was heading back to Arizona “She was happy. She had just moved there to start a new life and need to be back to start cosmetology school that Monday,” recalled her mother.

But the teen got dropped off at Springfield Mall instead. She told her dad she would catch the metro to the airport, but she never boarded her flight. Sullivan did get a text message stating she had arrived, “but I don’t know who sent it. Anyone could have gotten her phone,” wondered her mom.

Two days later Katelin’s luggage, including cash and a credit card, was found in a ditch in Spotsylvania. Police consider the disappearance suspicious.

Sullivan said days have dragged on into months but she still had hope that Katelin is still out there. “If you are out there, please call and let us know you’re okay,” her mom pleaded, “you don’t even have to come home. I just want to know you okay. If you are someone who knows where she is, please just let us know.”