After Black woman is handcuffed and arrested, Virginia prosecutor says she never should have been pulled over

Juanisha C. Brooks was pulled over by Virginia State Police Trooper Robert G. Hindenlang back on March 6 while driving home on the Capital Beltway. 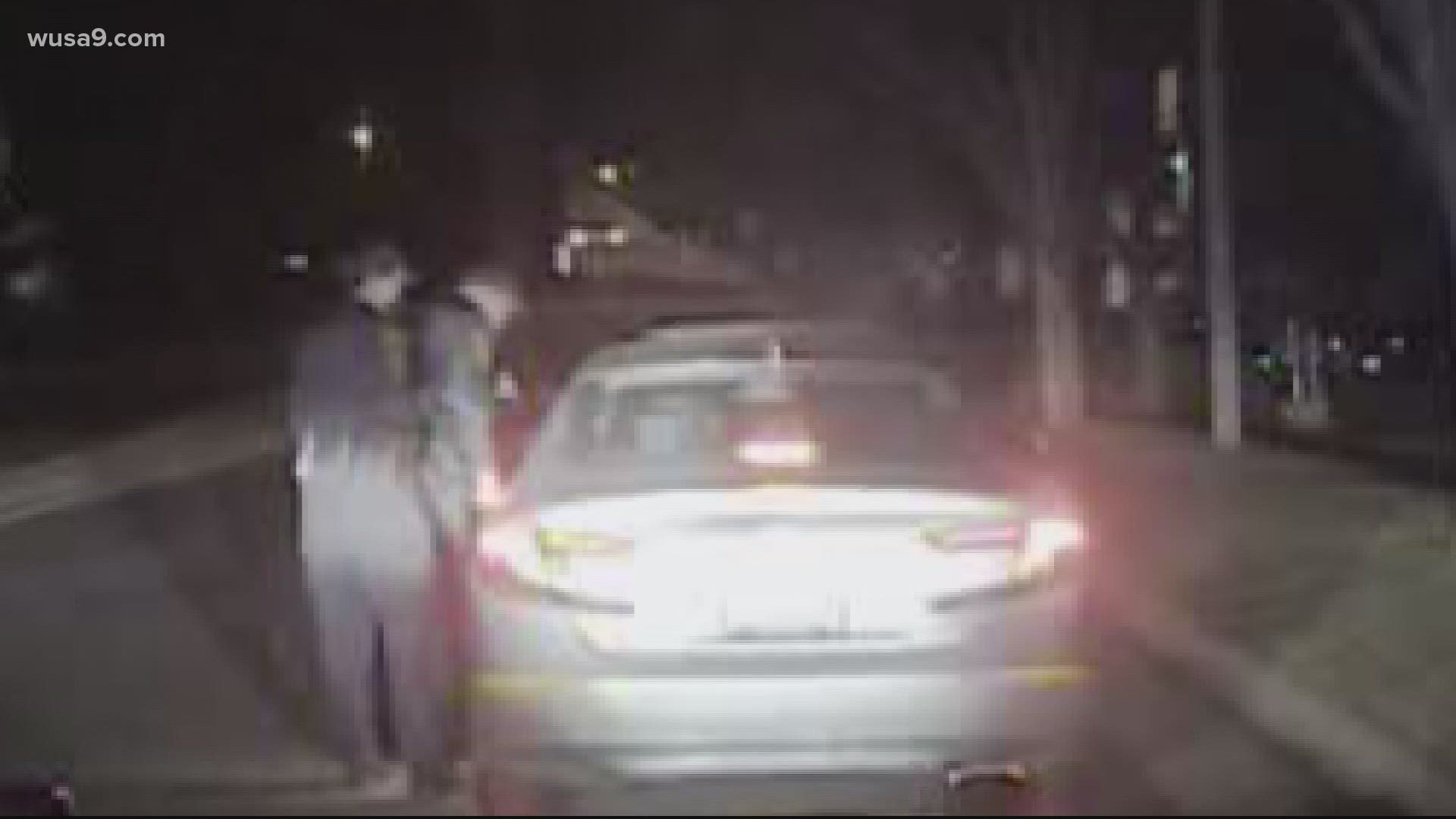 FAIRFAX COUNTY, Va. — A Virginia state prosecutor determined that a state police trooper had no legal basis for pulling over a Black woman he later arrested and has called for an internal police investigation, a newspaper reported Monday.

Fairfax Commonwealth’s Attorney Steve Descano dismissed all charges against Juanisha C. Brooks, according to the report in The Washington Post.

Brooks was pulled over by Virginia State Police Trooper Robert G. Hindenlang on March 6 while driving home on the Capital Beltway. According to the report, a dashboard-camera video from Hindenlang’s car shows Brooks repeatedly asking why she was pulled over. Hindenlang only replies that if she steps outside her car, he will show her.

When Brooks tells Hindenlang she doesn’t want to get out, the trooper unlocks the car door and pulls her out while she asks him to stop, the video shows. The trooper pushes Brooks up against the car and handcuffs her.

A Virginia woman says she was wrongfully pulled over and arrested. This morning on #GetUpDC, we hear directly from Juanisha Brooks about her arrest and why the charges were dropped. And a law implemented in VA about certain traffic stops. @wusa9 pic.twitter.com/eLcXUQEESb

“It wasn't until the handcuffs were on that he said that he stopped me because my tail lights were off and that I was only two car distances behind the car in front of me, and that he said that I tried to flee him because I didn't stop immediately on the ramp and kept going, he said I was trying to flee,” Brooks told WUSA9.

Brooks tells the officer she had one drink but refuses a sobriety test. Hindenlang tells her she is under arrest for driving under the influence and asks why her eyes were watery.

“Why were my eyes watering?” Brooks answers. “Because people are being shot by the police. I’m freaking nervous.”

Later at the Fairfax County jail, Brooks took a breathalyzer test twice that showed a 0.0 blood alcohol level, according to Brooks and her attorney, Patrick M. Blanch.

“When I blew 0.00 I thought OK, I'm going to be able to go, he arrested me for drunk driving, so I'll be free to leave, he made a mistake. Instead, he told me, I'm still going to charge you with other things,”

She was charged with resisting arrest, eluding police, failing to have headlights on, and reckless driving.

The stop and arrest were proper, state police spokeswoman Corinne Geller told the Post. Hindenlang saw Brooks driving “without any headlights or taillights, tailgating other vehicles and making unsafe lane changes, which are indicators of an impaired driver and provided reasonable suspicion for the trooper to initiate a traffic stop,” Geller said.

Brooks was taken into custody “due to her persistent refusal to comply with the trooper’s requests” and because of the trooper’s suspicion that Brooks might have been driving under the influence, Geller said.

RELATED: Family, activists call for conversation between dispatcher and the Spotsylvania deputy who shot Isaiah Brown to be released

Brooks said that on the brightly lit road, she hadn’t noticed that she had forgotten to turn her headlights on.

A Virginia ban on pulling people over for dark taillights went into effect on March 1. The change was aimed at avoiding the type of pretextual traffic stops that can cause unnecessary conflict. Given the recent change, Descano said in a letter to police that “the stop was without proper legal basis,” and the “dashcam footage does not provide a factual basis to support the warrants.” He called for state police to conduct an internal investigation, the Post reported.

Brooks is a senior video producer for the Defense Department, where she has worked for eight years and has top-secret clearance.

“My whole livelihood was on the line,” Brooks said. “You can’t have any charges when you have a clearance.” The department questioned her about the arrest, she said.

“I just want the police who are sworn to protect, to just protect me,” Brooks said.

Hindenlang, 49, has been a state trooper for 24 years, Geller said. He did not respond to an email from the Post seeking comment and doesn’t have a voicemail or answering machine for the phone number under which he is listed.