After an officer tasered an unarmed man with no apparent warning, and calls for police reform, the FCPD updated the public on what changes they are making. 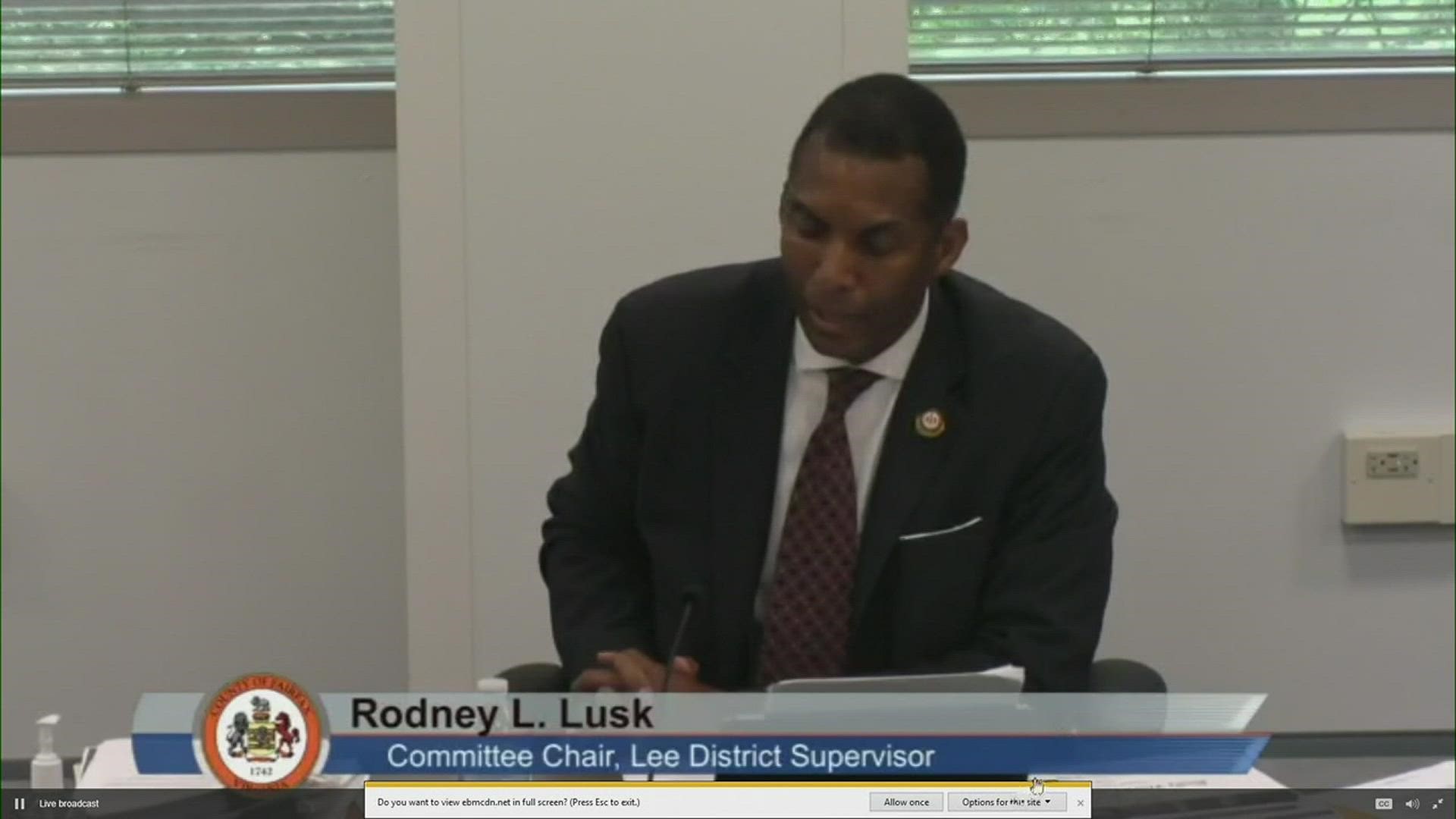 FAIRFAX COUNTY, Va. — The Fairfax County Board of Supervisors held a virtual public safety committee hearing Tuesday afternoon, to examine police policies regarding use of force and body-worn cameras.

The governing body called for the meeting following an incident June 5 where a Fairfax County Police officer used his taser without apparent warning on an unarmed man, La Monta Gladney, who appeared to be in crisis.

Officer Tyler Timberlake was ultimately charged with three counts of assault and battery, and the charges against Gladney were dropped. The Fairfax County Police Department also immediately released the body-camera footage of the incident.

The incident came on the heels of nationwide protests calling for police reform after George Floyd's death in Minneapolis while in police custody.

"In my view, this is the most critical long-term public safety issue facing our community and demands our immediate attention," Supervisor Rodney Lusk said, acknowledging that the Board of Supervisors needed to develop a path forward for ongoing dialogue with the community.

On Tuesday, Fairfax County Police Chief Edwin Rossler testified that his department has already implemented many of the reforms being asked for, beginning in 2013, including the prohibition of chokeholds like the one that killed Floyd. He also reiterated that the "sanctity of human life" should be the main guiding principle behind all police behavior.

"Reform and reconciliation, together they are the driving forces for fair and impartial policing," Rossler said.

Under General Order 540, enacted in March 2017, "force is to be used only to the extent it is objectively reasonable to defend oneself or another, to control an individual during an investigative or mental detention, or to lawfully effect an arrest... and "the application of deadly force should only be used in the most extreme circumstances where all lesser means of force have failed or could not reasonably be utilized."

The department also emphasized that use of force and de-escalation training is mandated twice a year for all officers.

Major Chantel Cochrane gave an update on the department's body-worn camera program, which is distributing more than 1,200 cameras over three phases.

Cochrane said phase 2 and 3 are being implemented on an accelerated schedule to move the FY2022 and FY2023 planned releases into FY2021.

The department's current policy requires "all BWC equipped officers shall activate their BWC during their response to a scene or as soon as it is practical and safe to do so and leave it on for the duration of the incident."

Cameras should only be deactivated under certain circumstances:

You can see the full agenda from the public safety committee meeting here.