The student disclosed information about unlawful sexual conduct with the teacher within the past two months, police say. 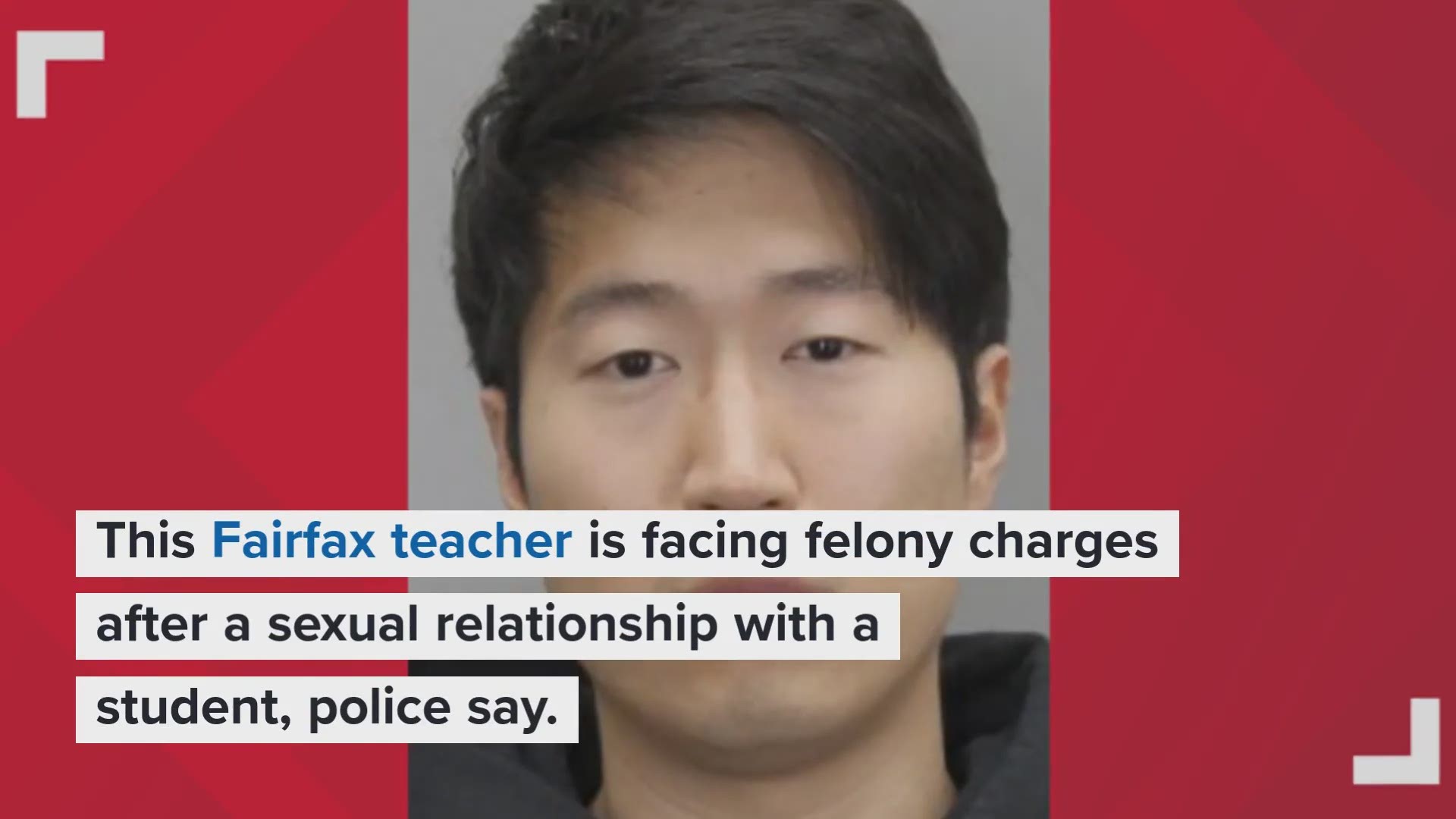 The teacher, identified as Daniel Kim of Oakton, is facing a felony charge of indecent liberties by a custodian.

Detectives from the Major Crimes Bureau Child Abuse Squad arrested Kim at his home Wednesday. Detectives started their investigation after the student disclosed information about "unlawful sexual conduct" with Kim within the past two months, police said.

Kim's being held at the county's Adult Detention Center without bond.

Credit: Fairfax County Police
The student disclosed information about unlawful sexual conduct with the teacher within the past two months, police say.

Police said the victim is being provided with resources they may need.

"Victim specialists from our Major Crimes Bureau’s Victim Services Division have been assigned to ensure that the victim is receiving appropriate resources and assistance," police said.

Detectives are looking for anyone who has information or may have had inappropriate contact with Kim. They're asked to call Major Crimes Bureau detectives at (703) 246-7800.

Mason has been charged with sexual abuse of a minor and fourth-degree sex offense by a person in a position of authority. Police began investigating reports of a sexual relationship between Mason and a student on Nov. 2 and made the arrest Nov. 20.

A letter was sent to parents on Nov. 4 regarding "allegations of inappropriate conduct" and Mason was put on administrative leave. You can see the letter from the principal of Magruder High School below:

"Pursuant to our memorandum of understanding with these agencies and MCPS policies and regulations, law enforcement has requested that we refrain from sharing details regarding this allegation with the communty to avoid prejudicing the ongoing investigation. We will provide an update to the community when we have additional information. I want to assure you that the safety of our students is our top priority and we work every day to ensure that we maintain a safe learning environment for all."

Mason has been employed with MCPS since 2011. He worked as a paraeducator at Northwest High School from 2011 to 2015.