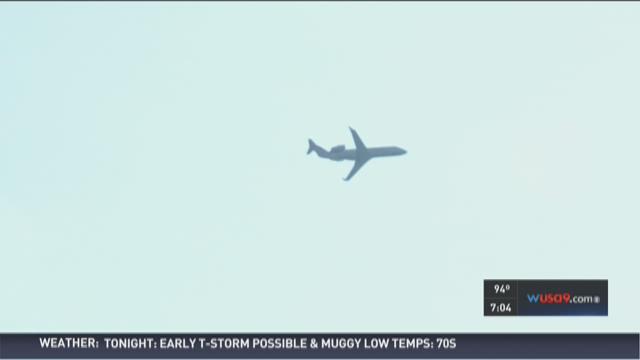 The Federal Aviation Administration could soon change the way some of its planes fly out of Reagan International Airport.

The agency will soon hold community meetings over a proposal it hopes will reduce flight noise in some DC neighborhoods.

An FAA spokesperson says its planes currently depart north out of Reagan, over the Potomac River, since they cannot head into restricted airspace over the National Mall. That flight path is located closer to DC than it is Arlington County.

But, the FAA says its new proposed path would be a little closer to Arlington. Also, planes would stay over the Potomac longer before they head north over land.

The proposal is meant to decrease noise in Georgetown, Foxhall and the Palisades. Georgetown ANC Commissioner Ed Solomon heads up the DC Fair Skies Coalition. He say flight noise has become a big issue in many Northwest DC neighborhoods.

"It's affecting the quality of life of many of the residents in our community," he said.

But, he says he's not sure if the FAA's proposal will fix all of the problems Northwest DC residents are experiencing. For starters, he says flights are taking off earlier than they used to.

"When you're getting woken up at 5 in the morning and it's waking up your kids, it's a really problem," he said.

The FAA is encouraging impacted residents to attends its community workshops. After gathering community input, it will make a final decision on a new flight path out of Reagan.