'He shouldn't be mucking in it' | Marc Elrich fires back at Gov. Hogan in Thin Blue Line flag controversy

Elrich said the meaning of the flag changed when it was adopted as a symbol of Blue Lives Matter, a countermovement to the Black Lives Matter movement. 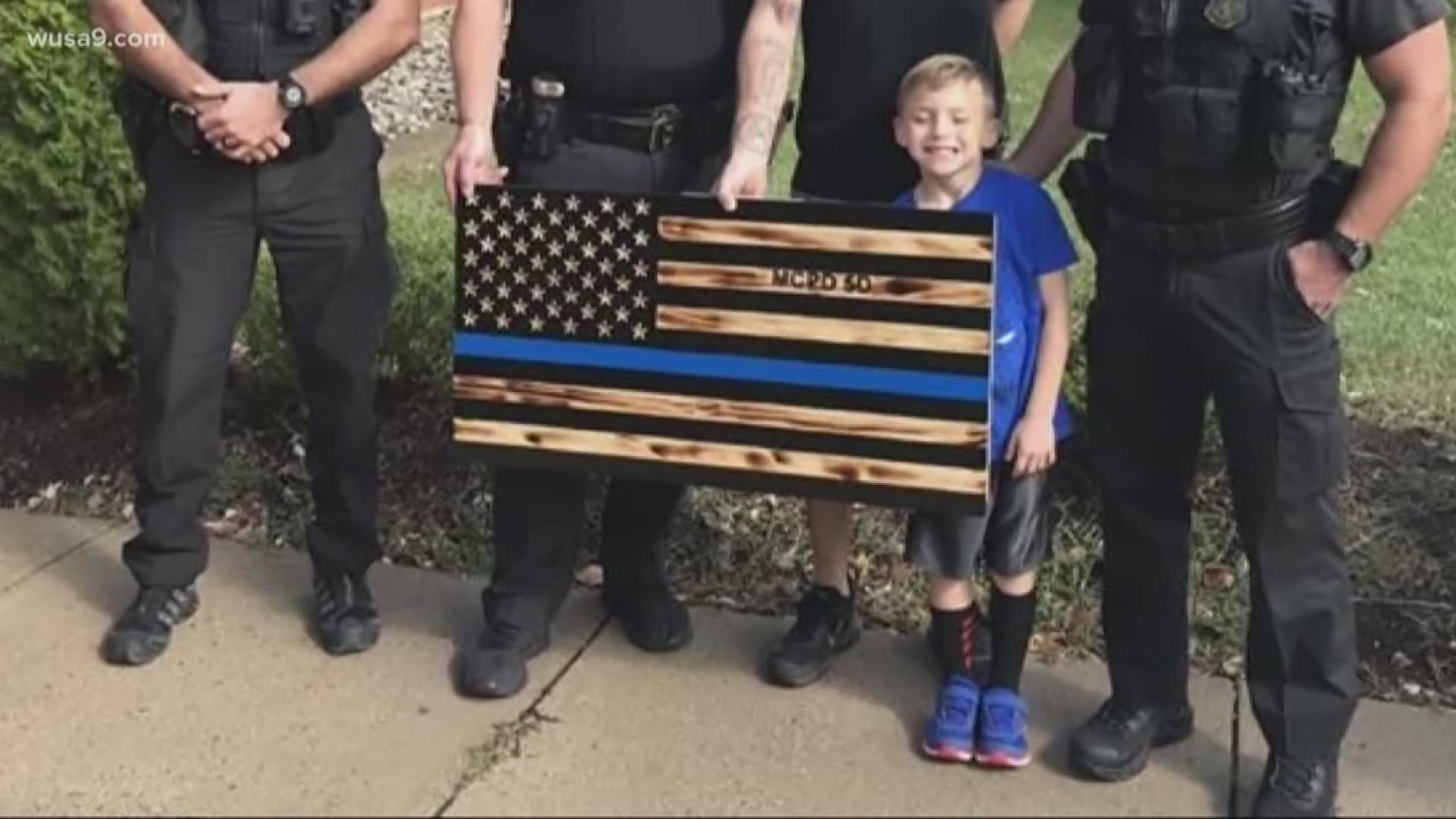 Elrich said engaging with Hogan in the controversy is "a waste of time."

"He shouldn't be mucking in it," Elrich said. "He ought to be thinking about his own constituents in the state who probably have the same concerns that Montgomery County residents have."

The flag is viewed by supporters as an expression of appreciation for law enforcement officers.

But Elrich says the meaning of the flag has changed, particularly after it was adopted as the primary symbol of Blue Lives Matter, a countermovement to the Black Lives Matter movement.

The Thin Blue Line flag was carried by some white nationalist protesters during the violent confrontations in Charlottesville in 2017.

Opinions on the flag are divided within Montgomery County.

"It's about how people are supporting cops," Patton said.

"Some of the time you see a Blue Lives Matter flag and you're going to see a Confederate flag right next to it," Mabry said. "Even if we're ignoring the fact that it's white nationalism, it's still taking the American flag and changing it. You're not supposed to do that."

"We are trying to undo a level of distrust from the police department," Elrich said. "And if I were to say 'I'm indifferent to the symbol's meaning,' people in the community might feel that's not constructive."