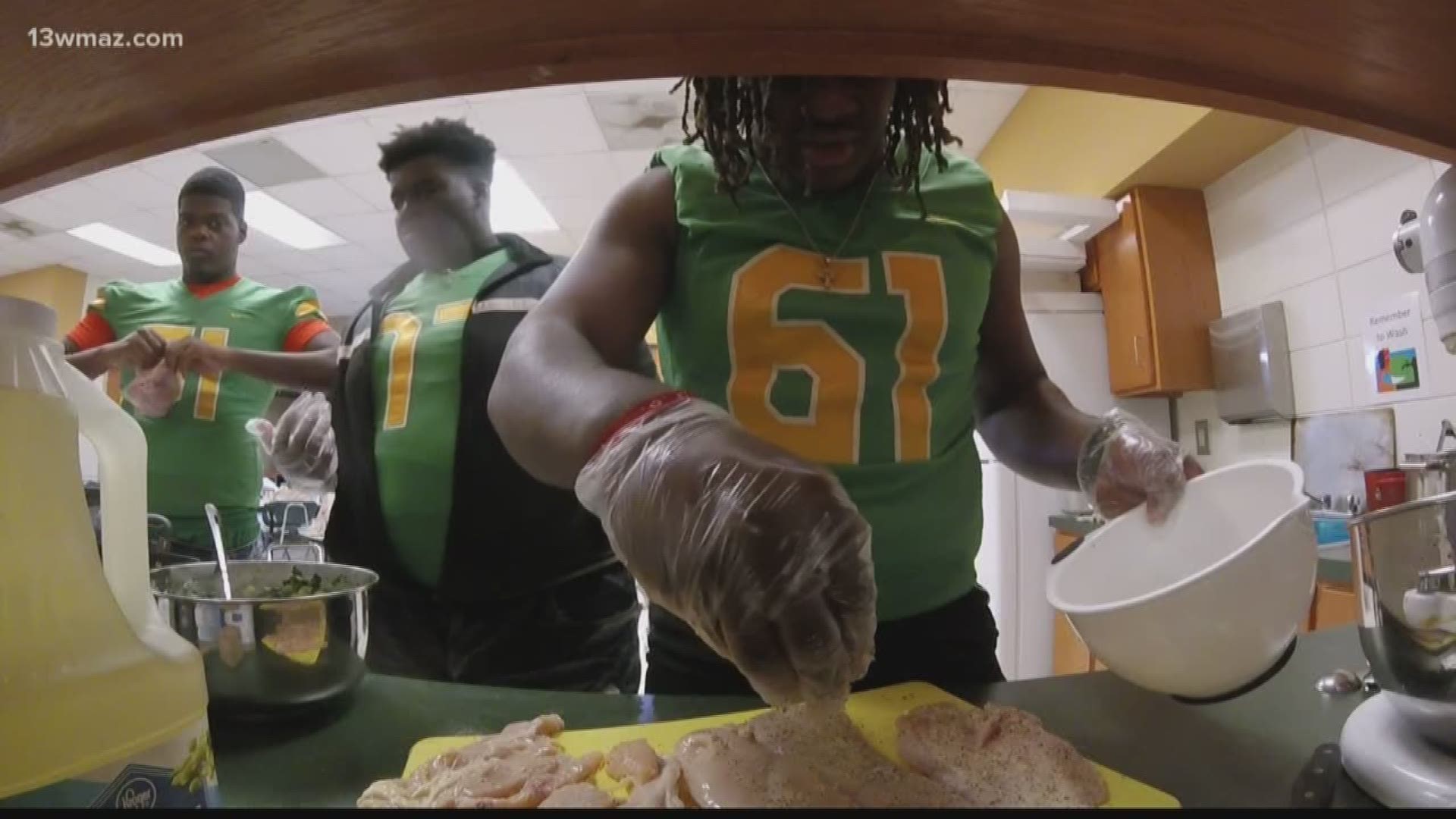 DUBLIN, Ga. — Dublin football players are used to slicing and dicing, throwing the pigskin, and sizzling in the end zone, so it was only natural for senior defensive end Jarvis Jones to take those skills from the field to the kitchen.

"I talked to Mrs. Strickland about it and then she was like, 'Get some of your friends to do it,'" Jones said.

"He came and got me and told me he was putting together a grilling team, so I was like, 'I'll help him out because he's my friend,'" Senior offensive guard Ty McRae said.

"I like to cook at home, so I figured it'd be fun to do," Defensive tackle Jalen Hazley said.

"I'm doing the vegetables, they're doing the meat -- we all got different jobs, like football," Jones said.

"My job is to season the chicken breast and to stuff it with the spinach dip," McRae said.

They competed in the school-wide competition against six other teams who expected them to fumble the ball.

"First, they thought we were going to take it as a joke and stuff like that and we weren't that serious and we were just fooling around for fun," Hazley said.

It was the opposing teams who had to drop back and punt.

"We came in, got focused, prepared our meal, and we won," Hazley said.

"First place, so now we've got a competition in February coming up -- we're going to Macon, so we gotta be ready," Jones said.

Carter says this experience shows their versatility off the field.

"We're more than just football players, we do more than just put on a helmet and run around on Friday nights, so it just lets people know that we do a lot more than what meets the eye," Carter said.

The Gridiron Grillers meet every Tuesday to practice cooking their dish.

The football team plays Brooks County Friday at one at Georgia State's Stadium.

Have a news tip? Email news@13wmaz.com, or visit our Facebook page.