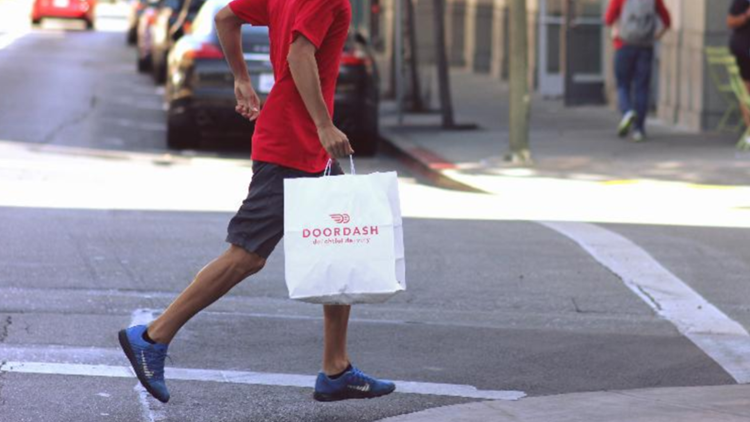 The lawsuit follows previous attempts to uncover DoorDash's practices. In March, Racine's office launched an investigation about the company that found the tips DoorDash employees received were not being distributed back to them, but rather being used to help counter growing expenses the company needed to pay their workers for over the last few years.

Racine's lawsuit claims that despite the company announcing new changes to the tipping policy in August -- including higher base pay and incentivized bonus challenges for drivers -- customers were still paying under the previous model, causing millions in tip money to be lost over the last two years in "deceptive" practices.

Now, Racine aims at getting that money back to the drivers.

In this Feb. 26, 2018 photo, District of Columbia Attorney General Karl Racine, attends a news conference near the White House in Washington. A spokesman for President Donald Trump's inaugural committee has confirmed on Wednesday, Feb. 27, 2019, that Racine's office has subpoenaed financial records from the committee regarding the $107 million the committee raised to hold inaugural events. (AP Photo/Andrew Harnik, File)
AP

"DoorDash misled consumers to believe that they were using DoorDash's online delivery service to tip the company's workers who delivered their food," the lawsuit stated. "Instead, the 'tip' largely went to subsidize DoorDash's agreed payment to the worker and almost never served to increase that payment amount."

The lawsuit stated that most consumers would be unaware or would not completely understand the payment model and that the FAQ page on the company website was "ambiguous, confusing, and misleading."

"Had DoorDash adequately disclosed its payment model to consumers and the fact that tip amounts would rarely have an impact on Dasher pay, this understanding would have significantly affected consumers' tipping decisions," the lawsuit stated.

The attorney general's office said that it is seeking a court order to pay civil penalties for violating the District's consumer protection laws and force DoorDash to surrender the lost tips.