Jason Reynolds said his intentions are pure: to speak to children, validate their experiences and help them get lost in a good book 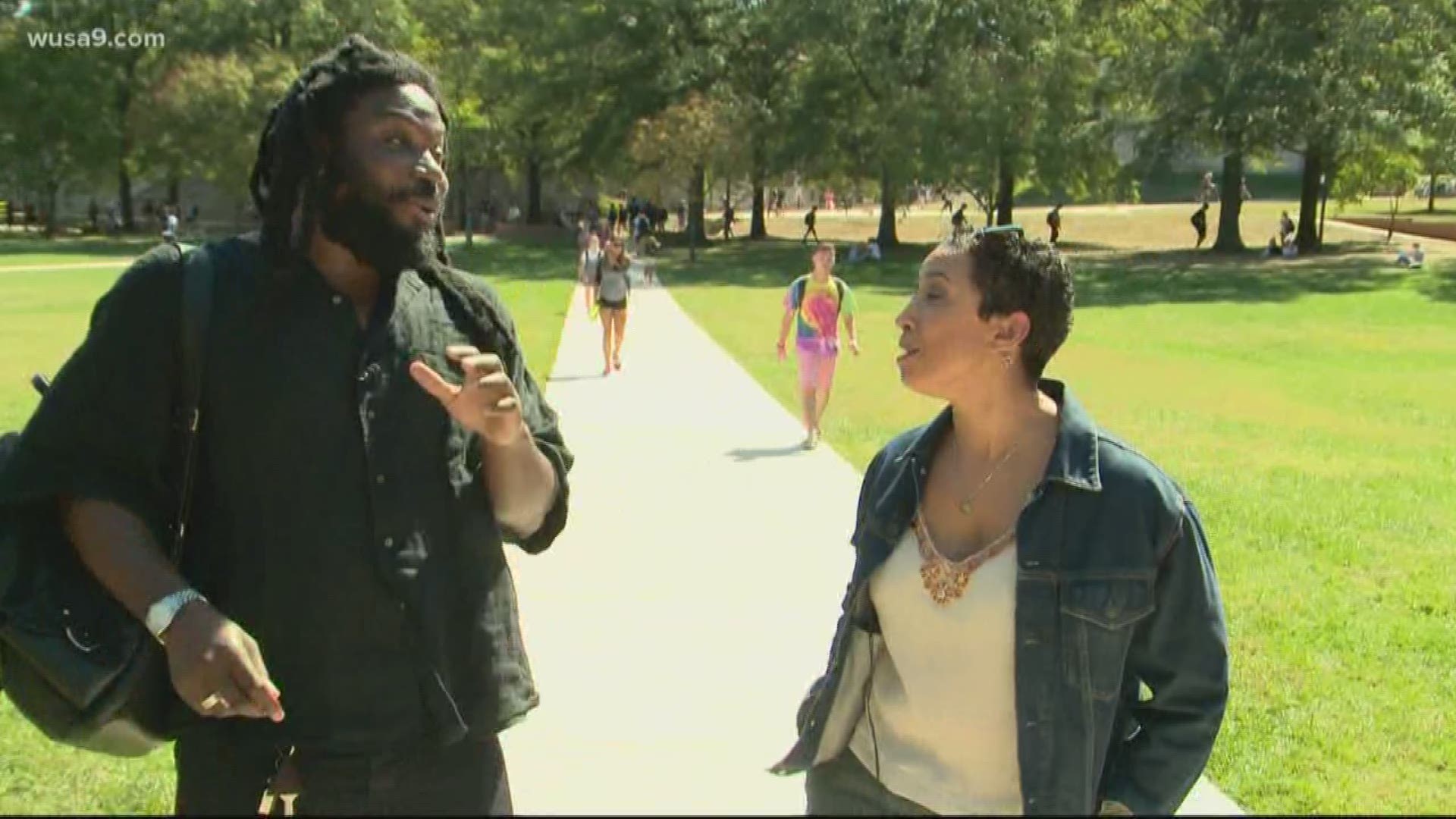 WASHINGTON — They call him the “rock star” of literature for young adults. Now, Jason Reynolds is the National Ambassador for Young People’s Literature.

Monday, the Library of Congress announced the appointment.  The son of an Oxon Hill school teacher, Jason Reynolds only read his first novel cover to cover when he was 17 and a student at the University of Maryland.  He and WUSA9’s Delia Gonçalves met at the UMD campus in College Park back in October to talk about his mission.

It was a candid conversation. In fact, this reporter first met Reynolds when he was a poet on D.C.’s U Street scene in the early 2000s. Now, he’s a best-selling and award-winning young adult author and poet. Reynolds’ repertoire includes books like Patina, As Brave as You, Long Way Down and Miles Morales: Spider-Man.

This reporter asked Reynolds about his reported dislike of the question ‘what do you want to be when you grow up?’.

He groaned in response and said, “I honestly believe the question of what you want to be when you grow up is dismissive of childhood. America has a real hard time with children and elders because we see children and elders as half-formed things so the way we talk about them is in a verbiage that's small, 'what do you want to be when you become a full-formed thing?,' when we should be saying, 'what do you want  to be right now, who are you?' 'Who are you right now?' 'What are all the things you feel, desire and fight for today?'”

Reynolds said his intentions are pure: to speak to children, validate their experiences and help them get lost in a good book.

“It can provide a space where young people can tell their secrets I have an opportunity to say the things in these stories that many of them may feel,” Reynolds explained. “I get to whisper to them ‘I love you, I see you, I know, I know you're scared, and it's OK to be scared. And if you can't be scared out there, you can be scared in here. Within the pages of this book, you can be who you wholly are, and perhaps that might be empowering enough to at least add a bit of significance to their lives.”

Reynolds will serve two years as the National Ambassador for Young People's Literature. He plans to focus on children in rural areas and small towns across the country.

RELATED: Maryland residents: Got student debt? There's a $9M award for that