DDOT says about 20,000 people ride buses on 16th Street each day, roughly one half of everyone using the road at peak. 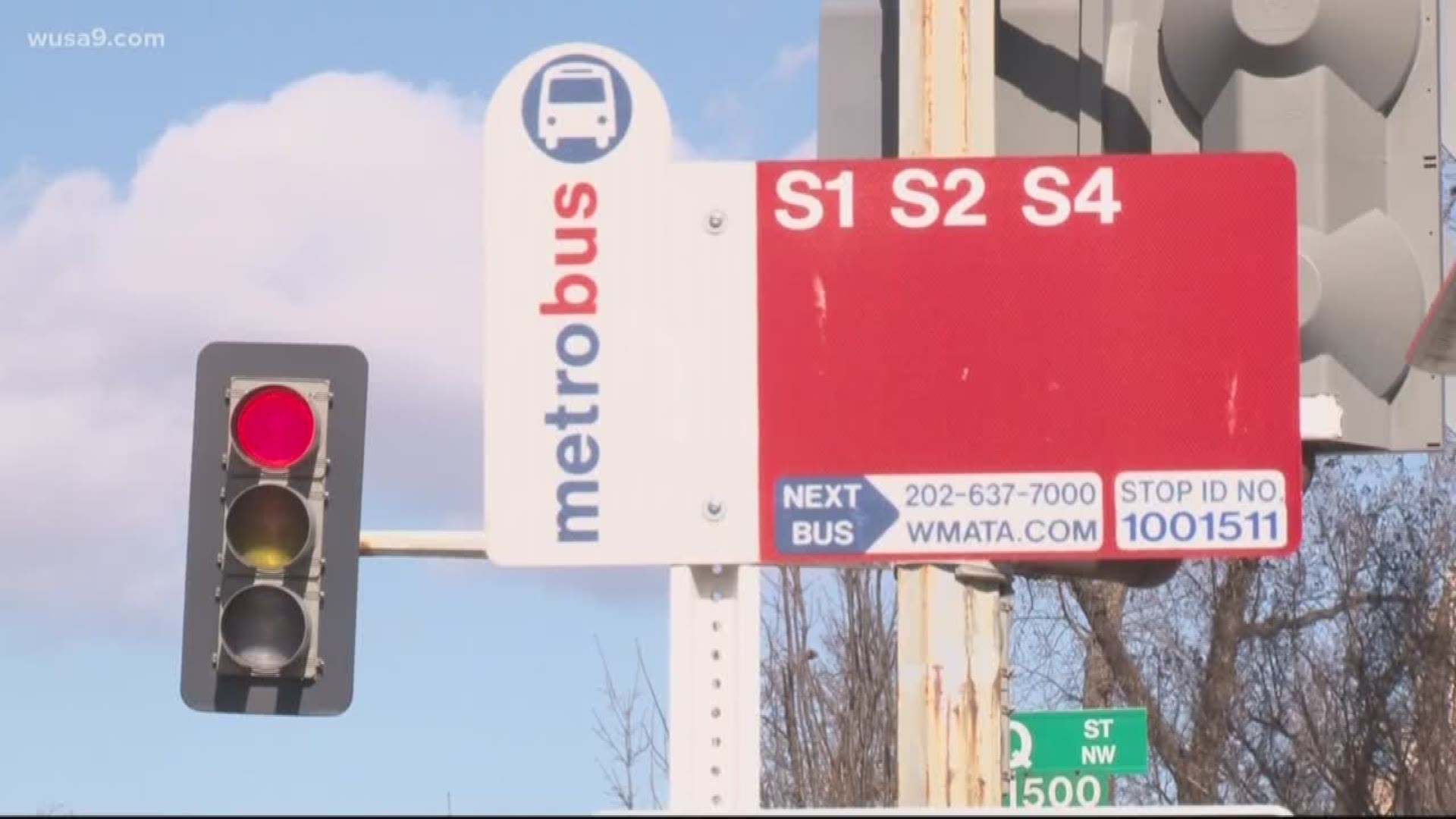 WASHINGTON — Long-awaited fixes are coming to a busy artery through The District.

“I’m very hopeful,” Aaron Landry, a neighborhood commissioner representing Dupont Circle said. He says he’s one of many in the neighborhood who do not own a car and rely on the bus.

“The problem with buses on 16th Street is they get bunched up behind other cars,” Landry said. “The buses need to be prioritized.

The District’s plan stretches 16th Street for more than two miles, from near the White House north beyond Columbia Heights.

“I’m thankful that finally, it’s going to start happening because we need it now,” said Landry.

DDOT says about 20,000 people ride buses on 16th Street each day, roughly one half of everyone using the road at peak.

“This is a huge deal,” Ward 1 DC Councilmember Brianne Nadeau said, who underscored that buses will move faster but so will cars no longer stuck behind buses making stops.

RELATED: With 22 Metrobus routes up for 'elimination,' neighborhood leaders push back

“I’m optimistic about it,” said Nadeau. “I’m thrilled that we were able to put the funding in and I can say as a councilmember this a project I will continue to monitor incredibly closely until it’s fully implemented.”

Designs call bus lanes in the morning only going south, in the evening only going north-- a balance for drivers and bus riders who Landry is confident will grow.