Children between the ages of 6 and 9 struck by car while walking to school, police say

The two children and their father were in a crosswalk when they were hit, according to police. The driver is now facing charges, including driving without a permit. 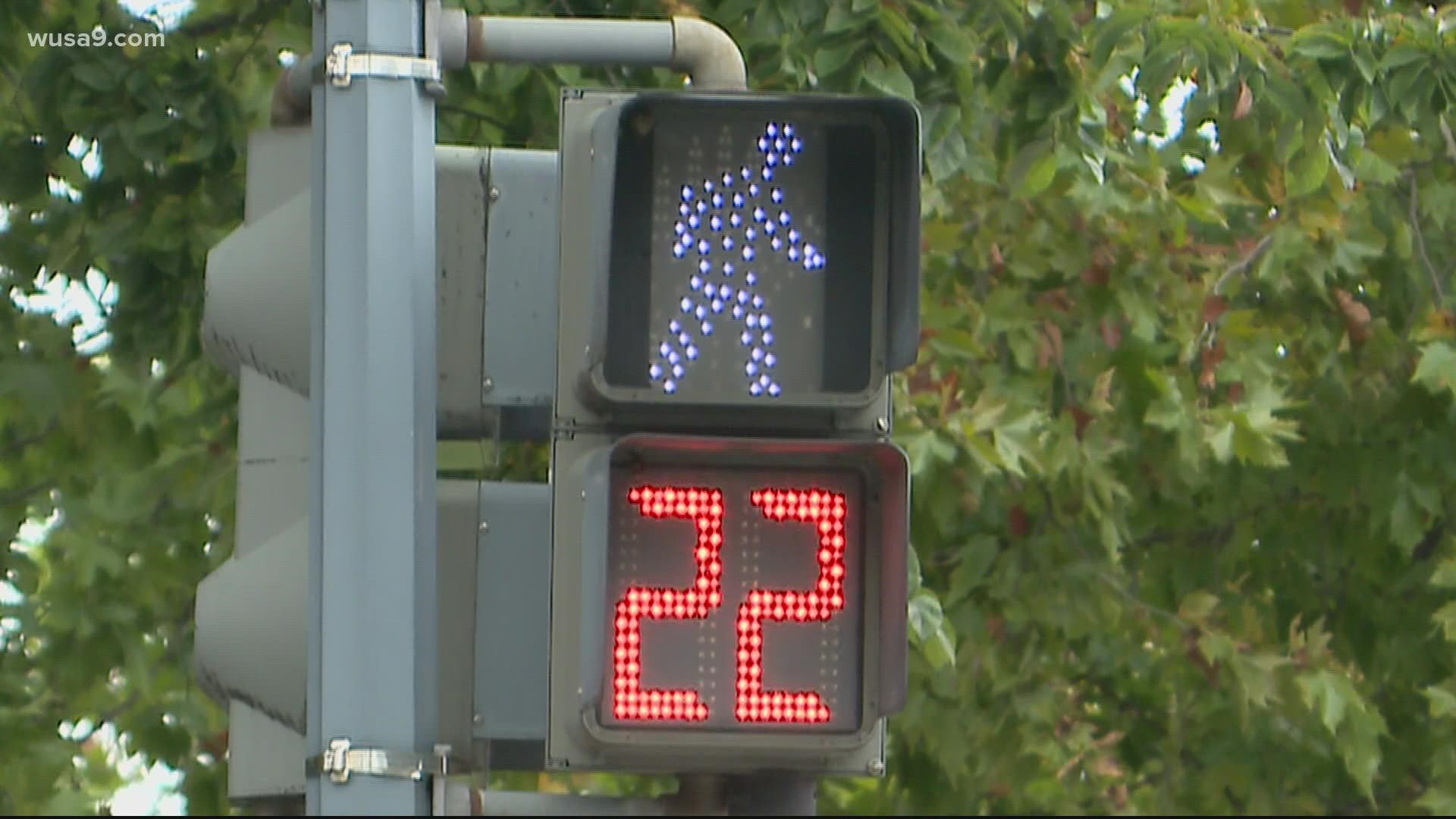 WASHINGTON — Two young children and one adult, identified as their father, were hit by a car while walking to school on International Walk To School Day on Wednesday morning.

Metropolitan Police Department officers responded to the area of Wheeler Road and Mississippi Avenue in Southeast D.C. around 9:20 a.m. for the reported collision. Police found two juveniles and an adult injured at the scene. The striking vehicle, a Jeep Grand Cherokee, stayed at the scene.

The driver who struck them is now facing multiple charges, including driving without a permit.

MPD's 7th District Watch Commander said two children, between the ages of six and nine, were walking with their father.

Police said the three pedestrians were in a crosswalk with the walk light on when the crash happened.

The children and the man were all taken to an area hospital for treatment of their injuries, which police said do not appear to be life-threatening.

Robert ''Scotty" Scott said an accident like this one was bound to happen.

This morning, two children and their father were hit by a Jeep in SE, DC. Police say they have non-life threatening injuries, one child does have serious injuries, though. Hours later, Wheeler at Mississippi remains blocked off. @wusa9 pic.twitter.com/dxEs16iBCX

Investigators are still working to figure out what led to the crash.

Police believe the woman driving the Jeep made a left turn and hit the family. There is a speed bump roughly 50 yards away from the stoplight prior to the turn.

“It looks like the pedestrians were in the crosswalk and they did have the right of way,” The 7th District Watch Commander said.

There appears to be some front end damage to the Jeep. pic.twitter.com/nyWlz8mIyc

The Watch Commander said the incident emphasizes the importance of slowing down and being mindful of surroundings as more kids are walking to school.

Police have not yet identified the adult victim or the driver in this case. The investigation is ongoing.