From North Capitol St. and New York Ave., to parts of Florida Ave., these are what some Reddit users call the worst intersections in the District. 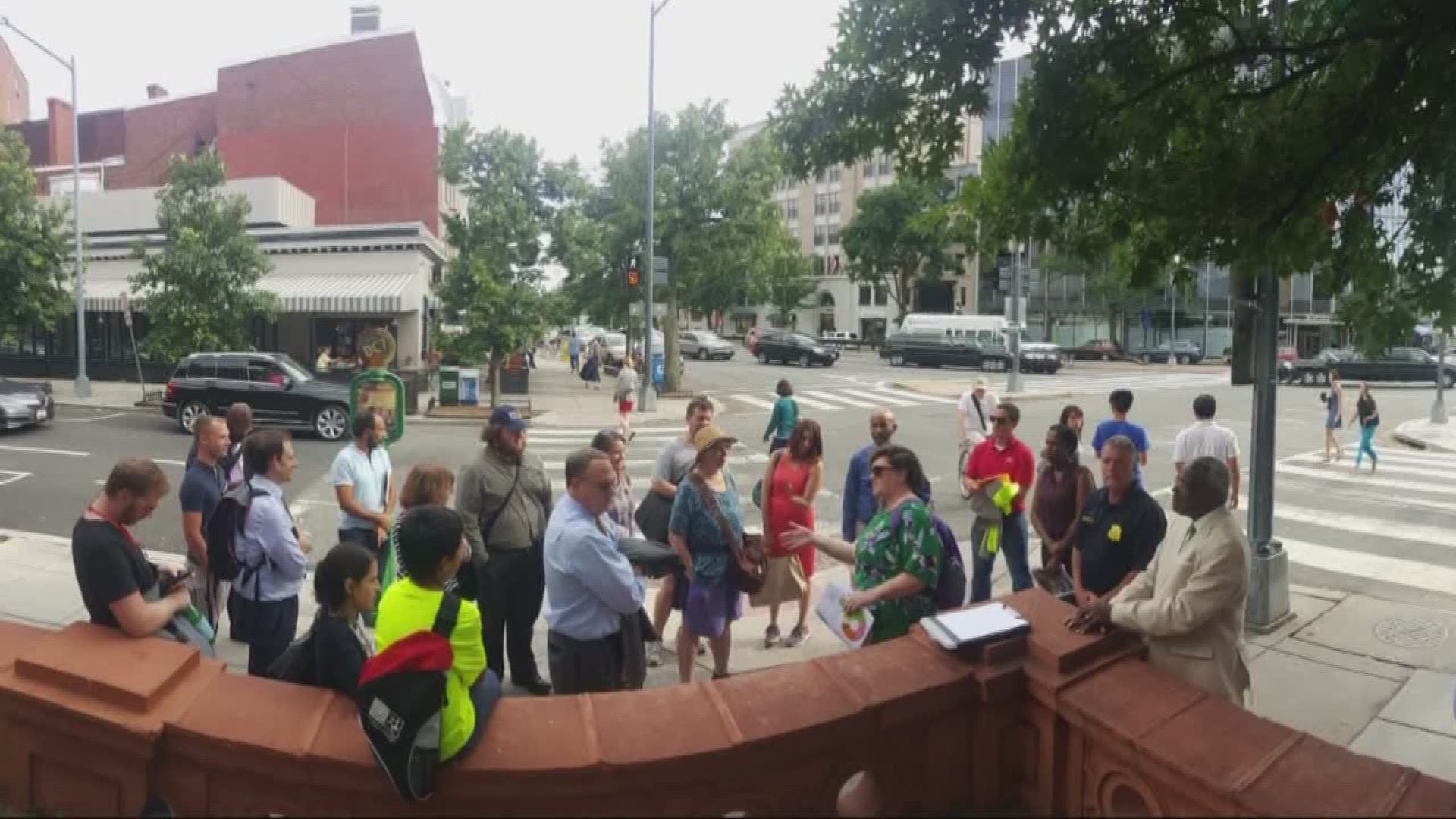 WASHINGTON — It's no secret that traffic in the District can be a pain. Some intersections are worse than others and few Reddit users took to the platform to describe the intersections they "love to hate."

One Reddit user said they lived near 52 O Street and experienced major turmoil while commuting in the Truxton Circle area.

"After spending those few years on my bike zooming around the district and getting to know certain areas, I came to conclude, after being as optimistic as I could, that the Truxton Circle area/North Cap/NY Ave intersection is not only just cursed design but probably the worst in DC," the user said.

While the poster said they brainstormed ways the city could make the area more efficient, they said it seems complicated because "you can't just cut off a main artery of the city like that."

Dave Thomas Circle was dubbed "the worst intersection in DC" by one Reddit user. Another user commented, "I would go a step further. I don’t think I have been to a city and seen a worse intersection. It may be the worst in any major city. "

The notorious area is known for its congestion-causing roadways. The virtual circle is referred to as "Dave Thomas Circle" because a Wendy's restaurant lays in the middle of it.

DDOT has looked into how to fix this problematic D.C. intersection, and may now have a pan to improve the Northeast nightmare. It's pursuing an intersection design that would realign First St., restore two-way traffic and improve safety and legibility for all modes of transportation.

Users had a lot to say about Florida Ave., and not just one particular spot. The pain points listed are as followed:

Connecticut and Florida Avenues had a lot of attention. One user said people fly down southbound Connecticut, which is mostly downhill.

S St. and 21 St. both merge or split right before or after the intersection, "causing chaos."

Even crossing Connecticut on Florida is dangerous to one user, due to how wide the intersection is.

"A car approaching an intersection can easily witness the light turn yellow, continue, have it turn red as they are entering the intersection, the walk signal trigger for pedestrians going north/south, and enough time for a pedestrian to reasonably enter the crosswalk," the user said. "The only reason why more people don't get hit by cars here is because the intersection is SO WIDE, that a car speeding through a yellow and subsequently red light still has enough time to come to a stop for pedestrians legally in the crosswalk."

Additionally, some seem to think that because the quick succession of lights at 21 St., Connecticut and Phelps, some drivers block the box to avoid waiting another light cycle.

Pedestrian traffic in this area is another issue.

"The way the intersection prioritizes vehicle traffic makes crossing the west side of Connecticut at Florida as a pedestrian very difficult," a user said. "Because of the right turn light from southbound Connecticut to westbound Florida, pedestrians are only given 15 seconds to cross before they are not permitted to cross again for a solid two minutes or so. This is compounded by the fact that you have to stop at another pedestrian light on a median in the middle of the road to accommodate traffic going to S St, or those turning left to go north on Connecticut."

South of the Convention Center: Getting to K Street from 7th Street

This section was just simply put as a "disaster."

One pedestrian commented on the growing list of painful intersections, thanking users for bringing attention to the areas.

"As a biker thanks for bringing some of these areas into my awareness," the user wrote.