Thirty-eight bronze figures, each about seven feet tall, and new water features will be installed within Pershing Park. 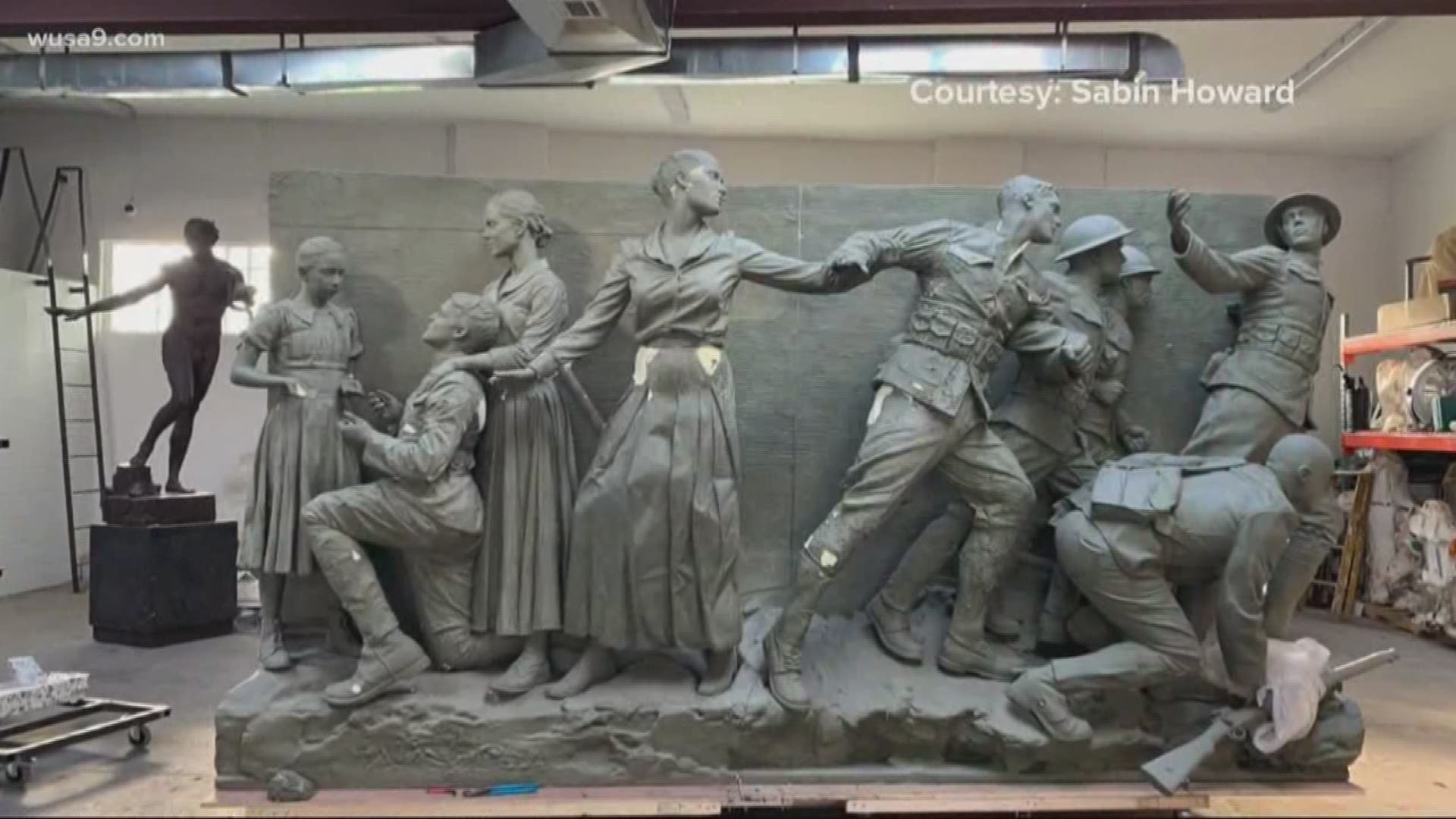 Sculptor Sabin Howard revealed the images on his Instagram account, with the first models of American service members soon ready for bronze casting.

The memorial is planned for Pershing Park, across the street from the Wilson Building and White House grounds.

"I'm ready to break ground on this memorial," architect Joseph Weishaar said in an interview Monday. "When it's completed, it'll be the largest, free-standing bronze relief in the Western Hemisphere."

Thirty-eight bronze figures, each about seven feet tall, and new water features will be installed within Pershing Park to greet visitors.

The National Park Service is in the process of finalizing the memorial building permits, and the private foundation supporting all construction costs said its fundraising is nearly complete.

"As soon as we break ground, construction will be 12-14 months for the whole thing," Weishaar said. "And, the level of quality and detail, is something you won't see outside of a museum."

"It is the war that changed the world," Weishaar added. "And that, if anything, is what we're trying to show with this memorial."

RELATED: Push to finish DC’s National World War I Memorial -- a century after the armistice