That 5¢ bag fee you pay in DC, it’s supposed to help clean the Anacostia. Does it?

A viewer asked the Verify team to follow the money. Do the funds raised really go toward cleaning the Anacostia River like politicians promised? 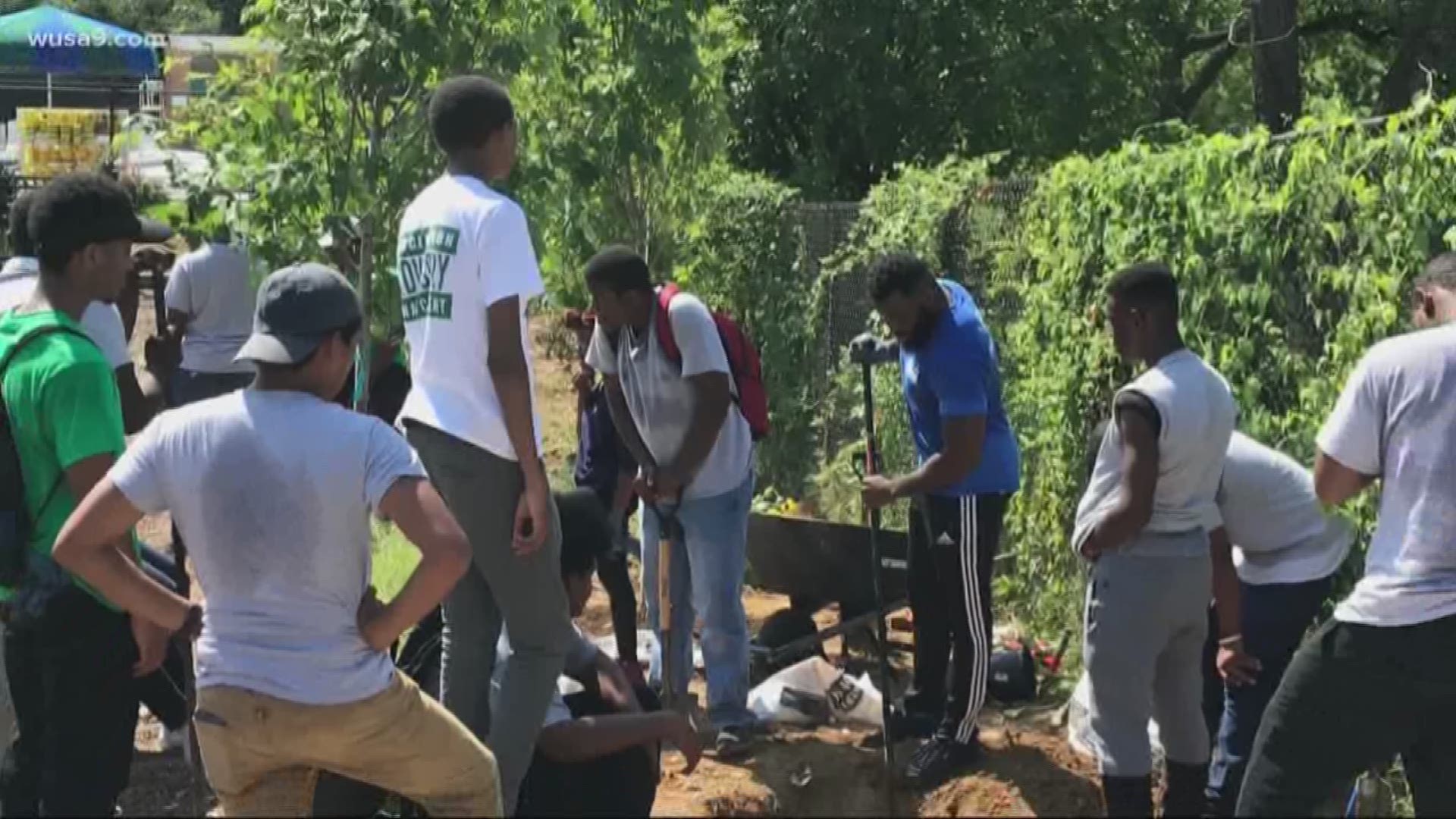 Do the funds raised from D.C.'s 5¢ bag fee really go toward cleaning the Anacostia River like politicians promised, or is it going into someone else's pocket?

Yes. The money is given out in the form of grants to about 15 non-profits every year that work to clean up the Anacostia River and educate youth about the environment and Anacostia ecosystem.

"How many plastic bags did you use today?" the self-checkout asks.

Perhaps you're honest and click "3," perhaps you're annoyed and select "0," but odds are either way you don't know where that money is going.

You might assume it's going into some big Capital Fund, or worse, flowing into someone else's pocket. Verify viewer Lisa Jackson, a lifelong D.C. resident, asked us to follow the money.

The fund collects $2 million every year.

That money is under lock and key, and can only fund priorities spelled out under the law, including: handing out reusable bags to seniors and low-income residents, monitoring and and recording pollution in the river, installing 'no littering' signs, enhancing the water quality, youth education and paying DOEE administrative fee.

To follow the fund, our Verify researchers requested a breakdown of expenses from DOEE. We found the money is broken up into about 15 grants that go to environmental non-profits.

In FY2018, DOEE awarded $1.5 million in grants. About $24,000 went toward maintaining three trash traps along the Anacostia Watershed, $247,160 went toward free educational boat rides and $242,223 on a sleep-away program for all D.C. Public School fifth-graders.

The 5¢ bag fee supports youth education along the Anacostia River

"Everything that happens on the land ends up in the river," Jim Foster, president of the Anacostia Watershed Society, said. "There are a million people that live in our watershed. If everyone throws one bottle or one bag or one cigarette butt, I've got a million bottles, bags and cigarette butts down here."

Foster looks out at Anacostia River, at Bladensburg Waterfront Park, like a proud dad watching his kid's recital.

"I want the Anacostia to be a destination," Foster said.

Foster, an avid outdoorsman and environmental junkie, feels most comfortable outfitted in khakis and picking through trash.

The Anacostia Watershed Society gets about $110,000 every year in grants from the Fund. The Verify team spent a day on his boat, chatting about the bag fee and taking water samples along the river to be tested at a lab up in Beltsville.

"We're still seeing organic pesticides washing off the land, chlordane, daughters of DDD and such," Foster said. "We're also impacted by very low base flow, so we never get that shot of clean water that other rivers get."

Our researchers took water samples at three different spots along the river and found that while there are fewer bags in the river and it appears cleaner, it’s still an environmental mess because of the river’s ugly history of being the DMV's dumping ground. It’s chock-full of pesticides, toxins, metals and E.coli.

Foster's group has consistently given the river's water quality an "F" rating in it's State of the River Report Card. They attribute 2018's failing grade to a wetter than average year, which reversed their progress lowering fecal bacteria, water clarity, and submerged aquatic vegetation.

Despite it all, Foster remains hopeful that with continued funding the Anacostia River will be swimmable and fishable by 2025.

The group operates three trash traps on behalf of DOEE, including one in Nash Rush. The trap, built in 2009 captures several thousand pound of rubbish every year, and costs about $10,000 a year to maintain, according to DOEE budgets.

RELATED: VERIFY: No, there was no active shooter at Montgomery College, despite alarming tweet Friday morning 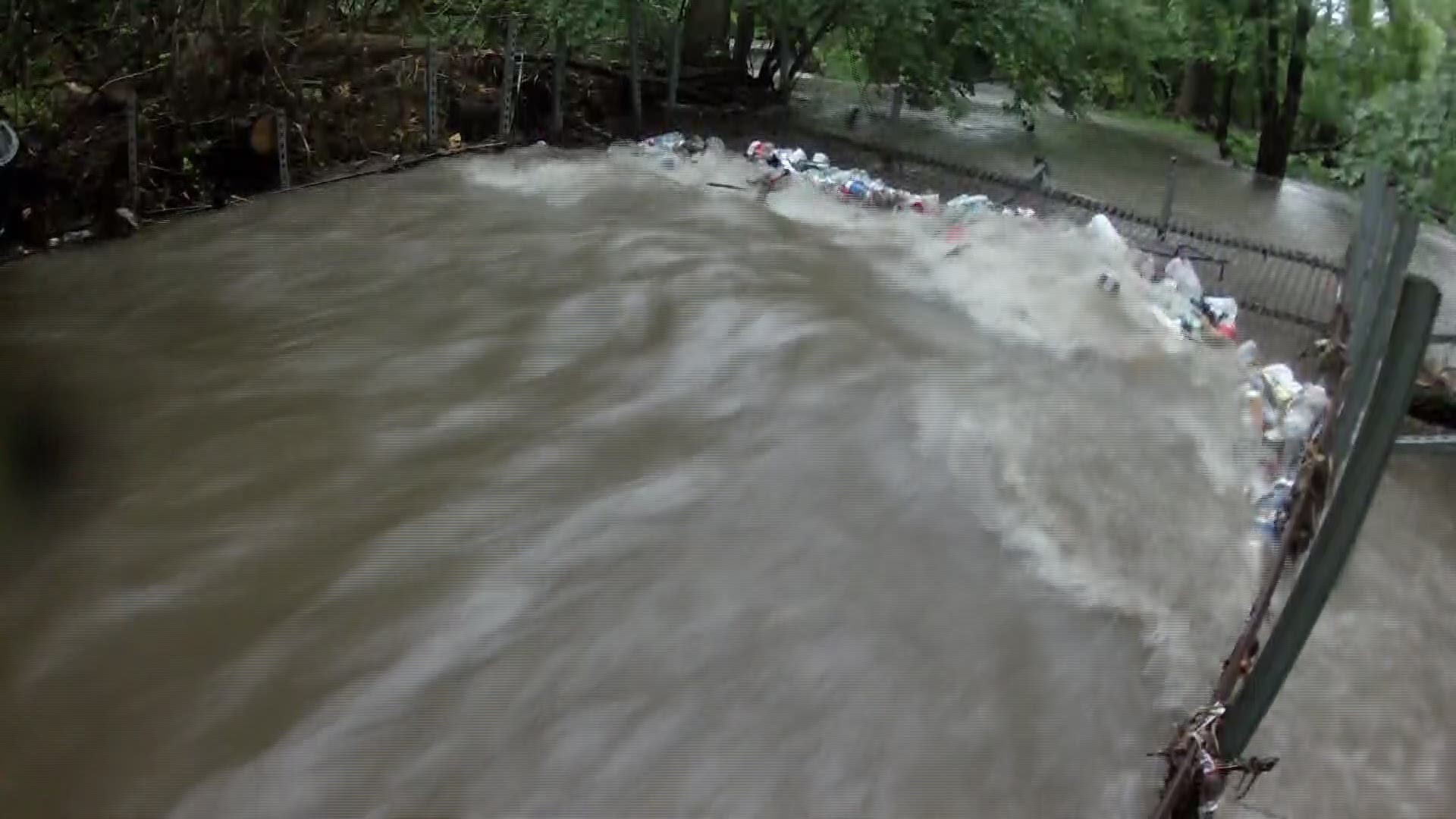 Nine miles down the river, in Congress Heights, a group of teenagers were getting paid with bag fee money for planting gardens.

This year, DOEE gave the Earth Conservation Corps $9,429 to run a Green Zone Environmental Program, which places 14 to 24-year-olds in summer jobs focused on the environment.

The Verify team spoke with Daryl Wallace and Nate Ogle, who oversaw the funding of the gardens and ran the GZEP program.

"I can absolutely verify that the money from the Anacostia River bag tax is going to programs to help keep the environment and the river clean," Wallace said. "What the bag tax first came out I was the biggest skeptic. I'd go to the 7-11 to get my lunch, [I'd say] I don't want a bag, I'm leaving with a handful of stuff. Now I'm like, ya, give me two bags, because I know it's funding the program, it's funding the cause. I see it now."

The garden at Oxon Run Pool took about 30 kids from Ballou High School and the surrounding area, a day to landscape and plant, but requires weekly maintenance and watering.

For many kids throughout Wards 7 and 8, this is the first time they've put their hands in the soil.

So yes, we can Verify for the past nine years, all those nickels spent on bags have been going to clean up the Anacostia River, and experts say, it’s working.

RELATED: VERIFY: Is DC actually recycling? Here's what happens after items like diapers and bowling balls end up in those bins

RELATED: Verify: How secure is paying with your phone?