WUSA9 followed D.C. police officers in the 4th District as they hit the streets and knocked on doors. 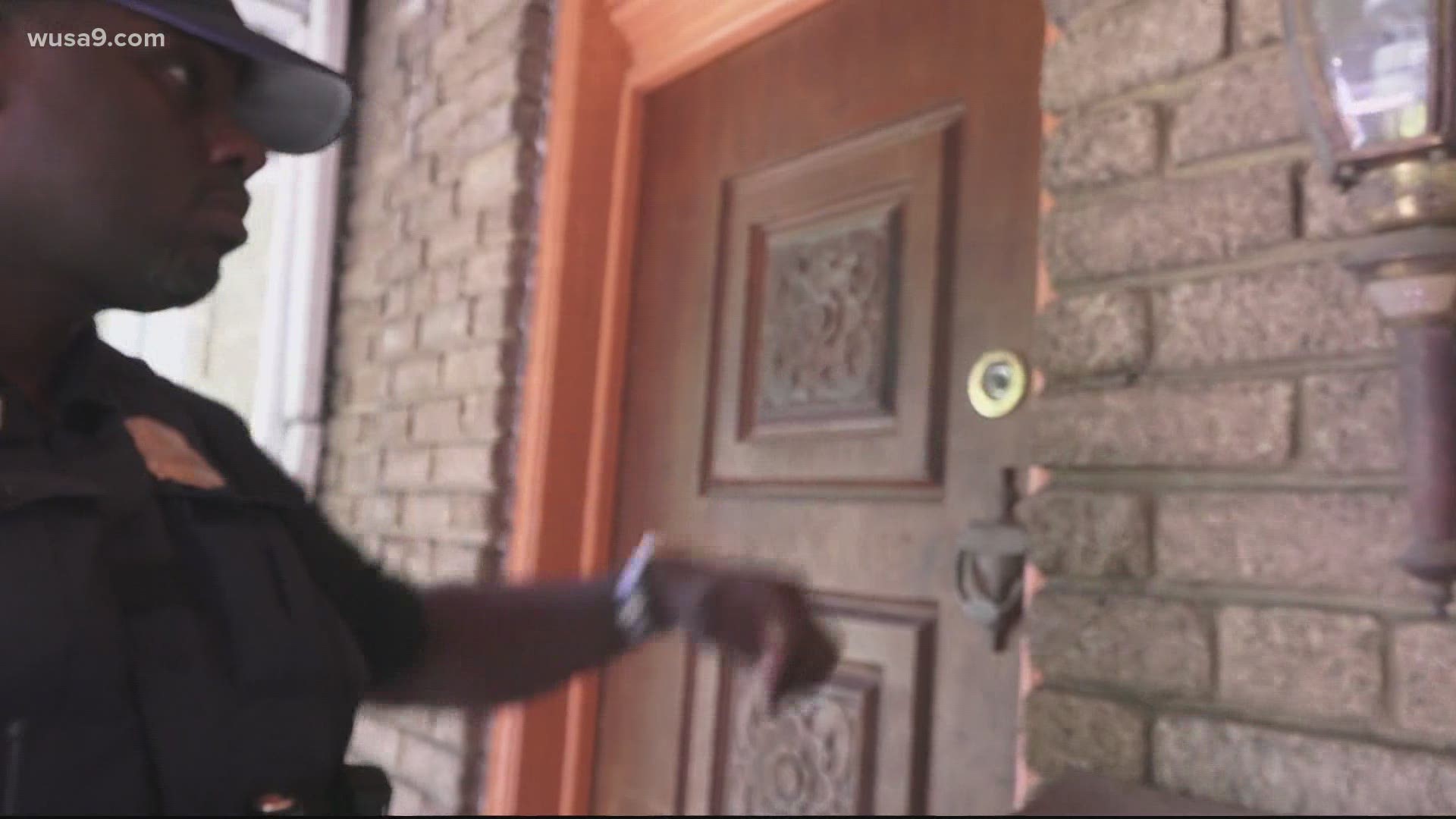 WASHINGTON — More people are being killed in D.C. so far in 2021 when compared to this same time in 2020, and carjacking incidents have skyrocketed.

One of the ways the police department is trying to get a handle on the crimes is by getting back to the basics of community policing.

WUSA9 followed D.C. police officers in the 4th District as they hit the streets, knocked on doors, and had conversations with people in the community.

The work their doing is part of an initiative called "100 blocks in 100 days."

“It’s really just a get back to the basics kind of police work,” he said.

Inspector Boteler, who is in a newly appointed position with the 4th Police District, is teaming up with officers covering parts of Northwest and Northeast to build better relationships with neighbors.

“The amount of folks that live in the city versus the amount of crime that we respond to on a daily basis is ever-increasing,” Inspector Boteler explained.

To help fight that crime and the growing number of homicides year after year in the District, Chief Robert Contee selected a handful of inspectors to serve as second-in-command for larger police districts.

Inspector Boteler told WUSA9 it is important for people, such as Milla Fisher and her family, to know who he is and what his team is doing.

Negative interactions with police were thrust into the national spotlight in 2020. They prompted protests, calls for diverting funds from police and into other services, and lead to a shortage of officers in the District and beyond.

“Yeah. Our members feel it,” Inspector Boteler said. “They feel it when they come to work and there is not as many patrol officers in their roll calls or at work with them, but we get the job down. The MPD has always overcome obstacles, and we will now.”

He added that community policing initiatives, such as the one he is leading, are just a start as officers take it one day, one step, and one block at a time.