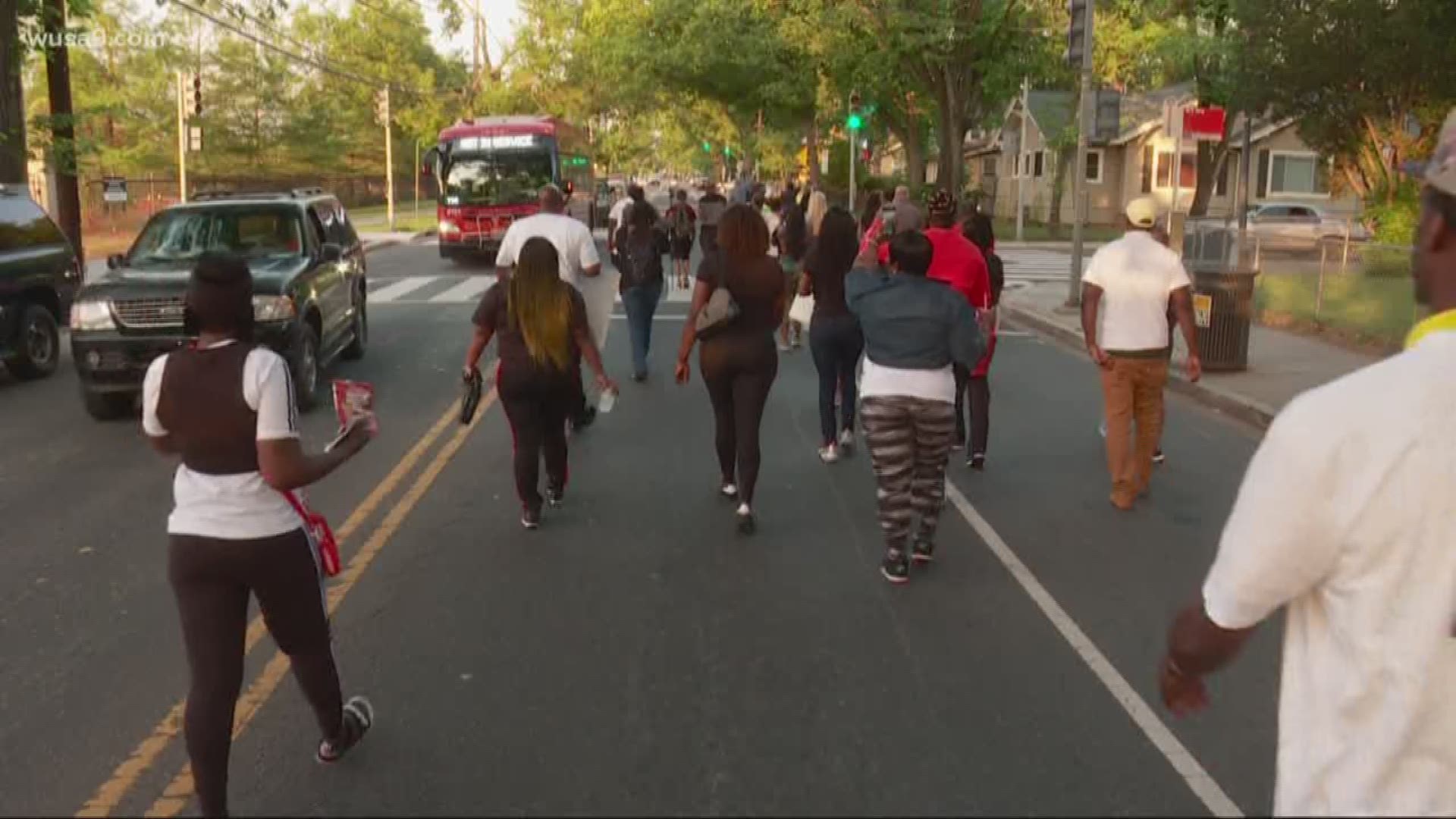 WASHINGTON - After another violent weekend, D.C. residents are calling for an end to gun violence in the city.

More than 50 people marched along Alabama Avenue SE, Tuesday evening, from Congress Heights to the nearby Giant grocery store, to make their message heard.

On Saturday, Robin McKinney's 14-year-old son was hit in the shoulder by gunfire, while walking home from that grocery store.

PREVIOUS: 'Mom, I've been shot' | DC mom fired up after her 14-year-old shot walking home from the grocery store

She said she was thankful for the support she has received from the community.

"It means a lot," she said. "When a parent has support from the community, as well as the city, it definitely means a lot."

McKinney and others at the march said they believe they can make a difference in the city to reduce violent crime.

Lashonia Thompson-El, the executive director of 'Women Involved in Re-Entry Efforts or "The W.I.R.E.", said being visible in the public is essential to achieving their goal.

"We want to get out here and let young people see us and know that we do care," she said.

Others say compassion is key.

According to MPD, 57 people have been murdered in the District in 2019. That total is seven more than the same time period during 2018.