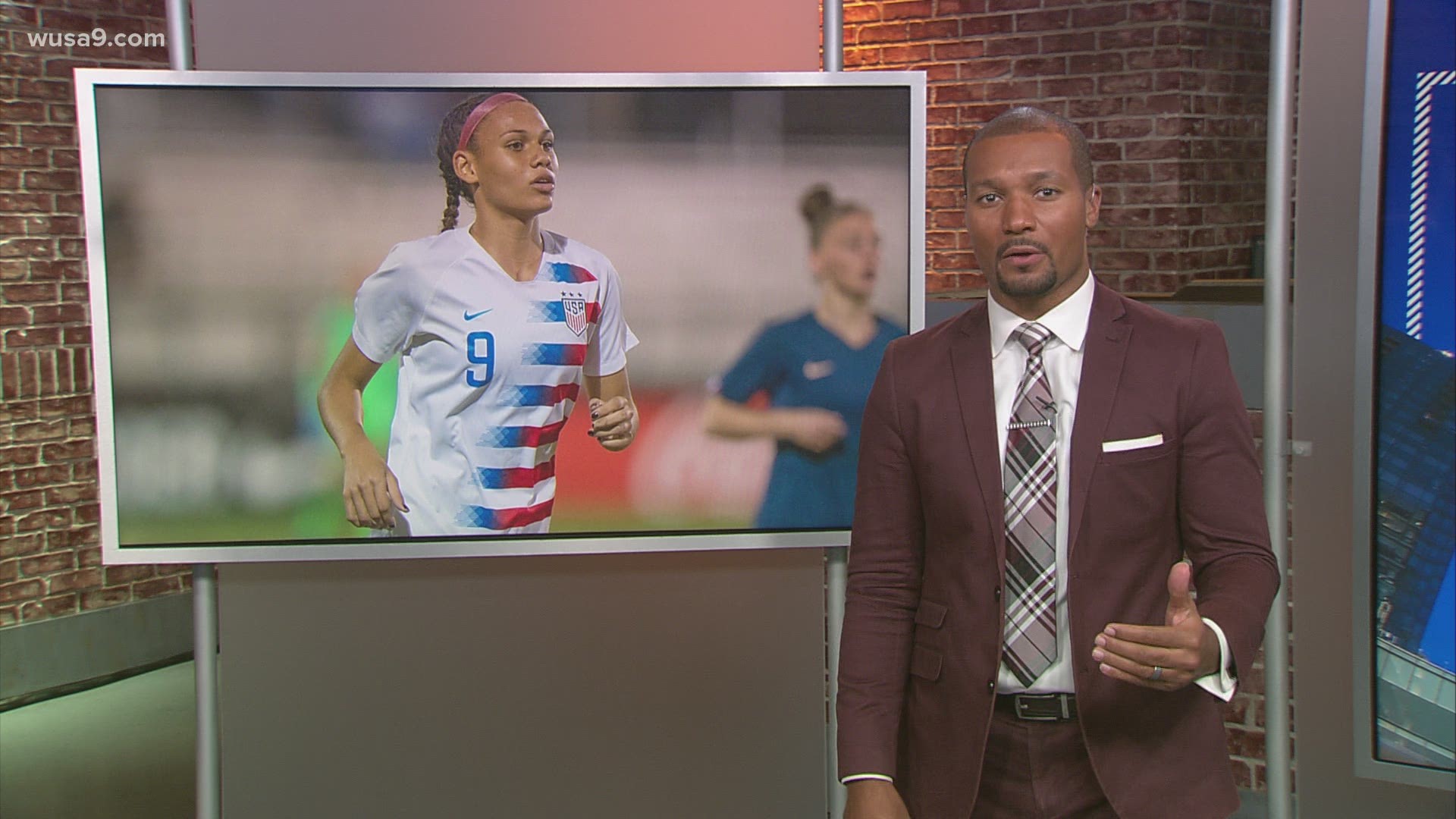 WASHINGTON — In the Rodman family, it is apparent that for athletic ability, the apple doesn't fall too far from the tree.

Trinity Rodman was taken with the 2nd overall pick of the National Women's Soccer League 2021 Draft by the Washington Spirit.

Her father, Deniss Rodman, was a Hall of Fame basketball player who's known as one of the best defensive players ever in the National Basketball League (NBA). Now, Trinity will look to make a legacy of her own.

Rodman — a native of Newport Beach, California — will most likely play forward for the Spirit.

She was the No. 1 high school recruit in the country in 2020 and has extensive international experience having played throughout the U.S. National Team system.

Trinity Rodman was supposed to play her collegiate soccer at Washington State University in 2020, but the Pac-12 did not play a fall season in 2020. Instead, they are expected to play a shortened spring season.

Trinity was not the only player taken by the Spirit, who had two picks in the Top 10 slots of the 2021 draft. The Spirit also took Tara McKeown with the eighth pick when they made a trade mid-draft.

To check out more on the Washington Spirit and who else the team selected in the draft, click here.

RELATED: Women's team, US Soccer settle part of their lawsuit

RELATED: Sarah Fuller kicks her way into the history books | Get Uplifted