Popularity paves the way for post-pandemic car-free patio space that has moved dining into some streets in the DMV. 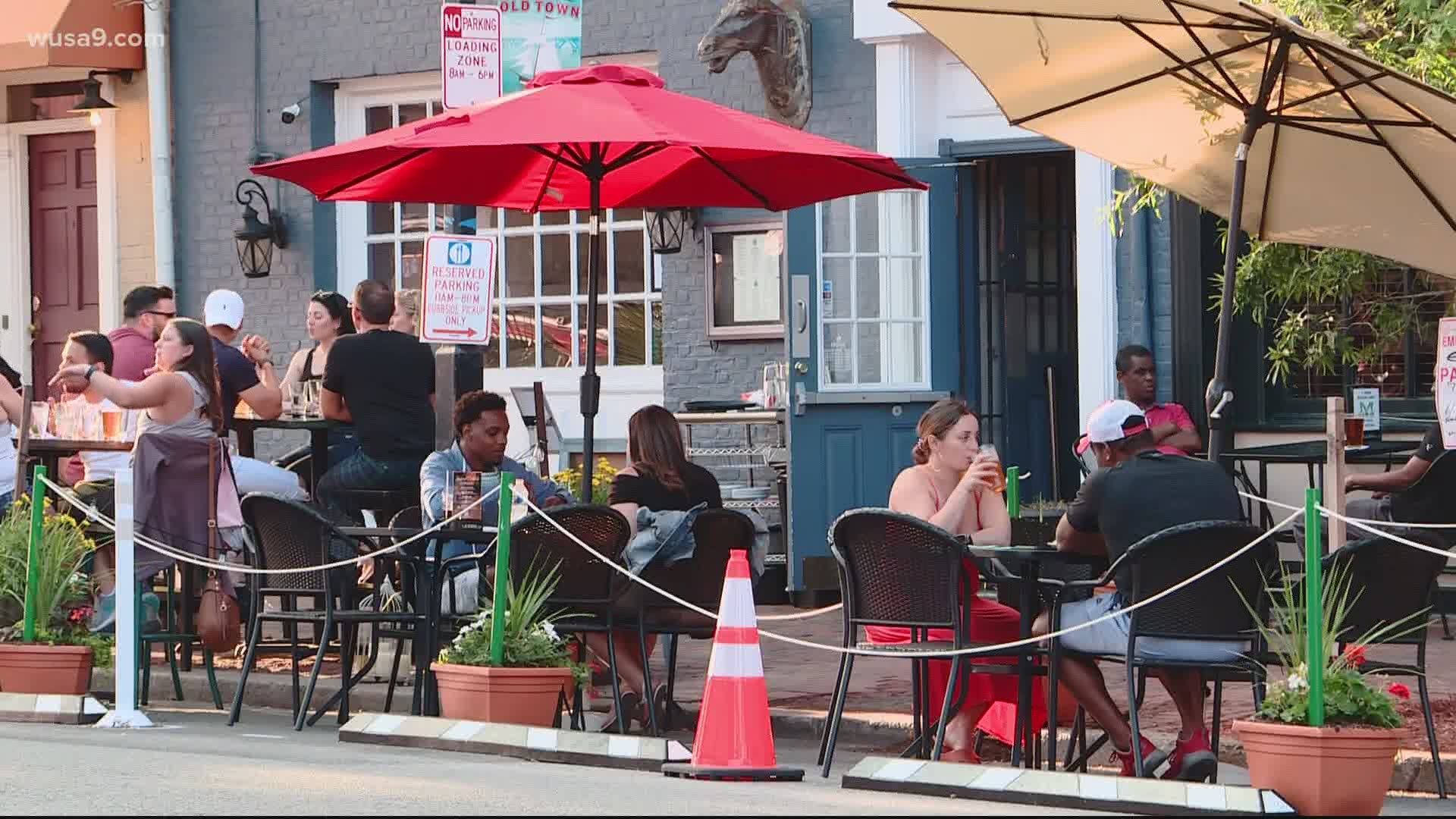 WASHINGTON — The COVID-19 pandemic has paved the way for so-called streeteries.

In the DC neighborhood of  Adams Morgan -- where there had been an effort to make streeteries popular before the pandemic happened — extra patio space is becoming popular, so some are calling for more space around their businesses to make business better over the next few crucial weeks.

Right now, Matteo Catalani, owner of Retrobottega, says that extra seating capacity is a lifeline for his business. He hopes now that officials and diners have seen what’s possible — it could become permanent.

“Every neighborhood gets re-imagined. I think it’s time for Adams Morgan to be re-imagined as well," he said.

In honor Labor Day Weekend and today’s great weather, here’s a map of (almost!) all of the streateries, parklets, sidewalk service, and curbside pickup locations in DC: https://t.co/Jff5xvk8at

Catalani thinks his revenue is down about half what it would normally be at this time of year.

“What everybody is doing right now, is basically staying afloat … But we’re not going down. We’re going to be around for a minute," Catalani said.

In June, Adams Morgan became a test case for streeteries in DC by blocking the entire street to traffic. It was a popular move, but it became so popular that it was difficult to maintain socially distancing at the beginning of Phase 2 of reopening in the District. Catalani says those kinks have been worked out.

In an online Twitter poll by Barred in DC, streeteries are still popular.

81% of the 685 people who participated said they support streeteries — into a post-pandemic DC.

Kristen Barden, Executive Director of the Adams Morgan Business Improvement District, said the poll and its results are encouraging. Barden said she’d be glad to see the city consider keeping streeteries long term, but her concern is the coming weeks.

“While the weather is still nice, we really need to take advantage of that space,” said Barden.

Barden said she’s been trying to work with city officials for months to fully close the street on weekends.

“If the health plan is OK, if we’ve figured out how to reroute the busses- so then what’s holding this up?” said Barden.