A Prince George's County Police Department vehicle struck and killed a man who was in the westbound lane on University Boulevard. 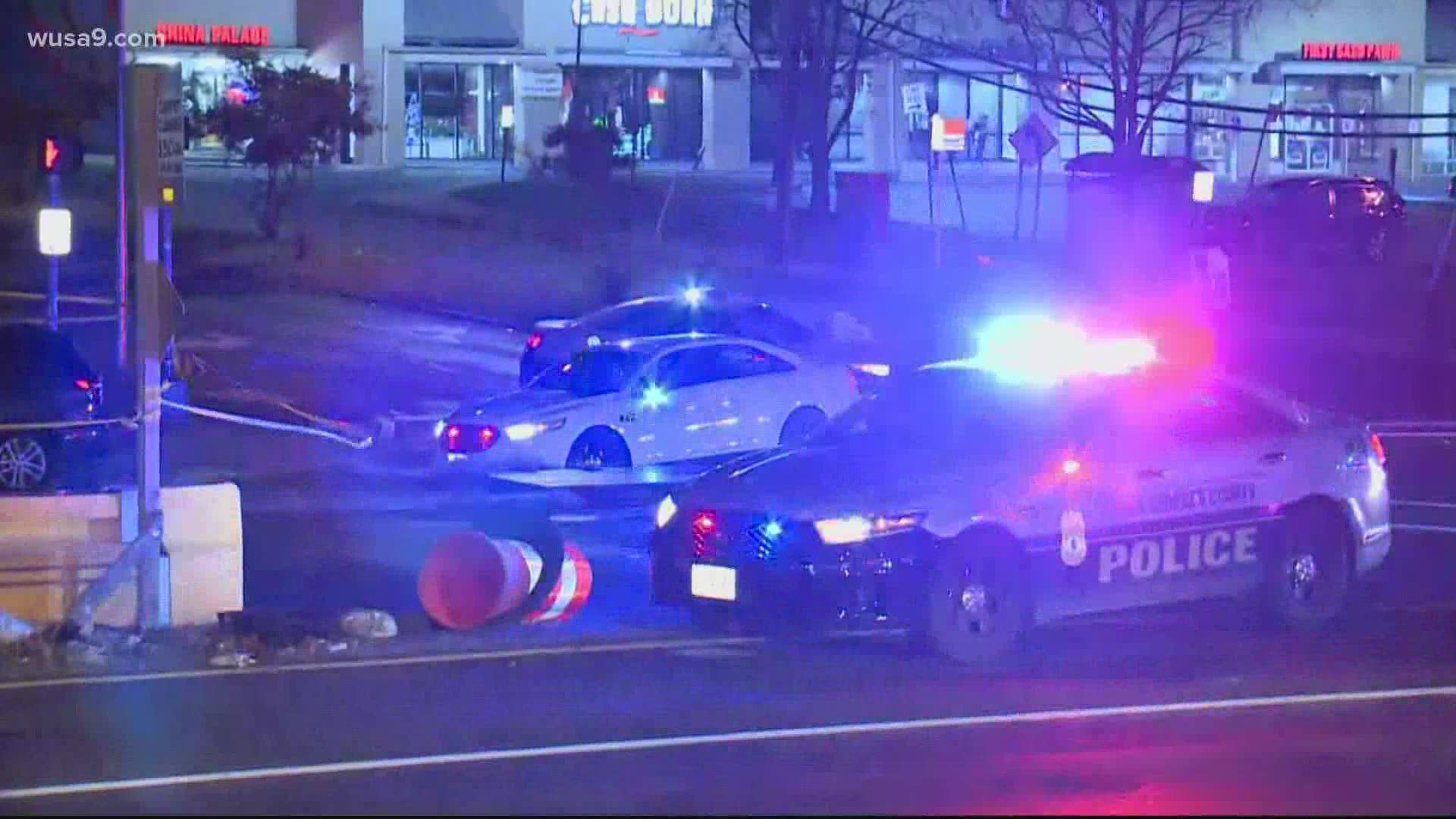 PRINCE GEORGE'S COUNTY, Md. — An unmarked Prince George's County Police Department (PGPD) vehicle struck and killed a man who was in the westbound lane on University Boulevard around 9 p.m. on Monday, according to the police department.

The man was struck by the police cruiser on University Boulevard between Riggs Road and 15th Avenue.

PGPD said it is still not known what led to the crash and is still investigating what happened.

The police officer, later identified as Sergeant Edwin Flores, was on duty when the crash occurred, said PGPD.

The man was pronounced dead at the crash scene. Police have not yet identified the victim of the crash.

Anyone with information on this case is asked to call the Collision Analysis and Reconstruction Unit at 301-731-4422.

Prelim: At approximately 9pm, an on duty officer was traveling WB on University Blvd when for reasons that remain under investigation struck an adult male who was in the roadway. The man was was pronounced dead on the scene. pic.twitter.com/Ogpq8KJG3Q

RELATED: Loudoun County man charged with DWI in hit-and-run involving a juvenile on a bike