The federal government has started to prosecute people that have been connected to the vandalism of statues and monuments in the DC-area. 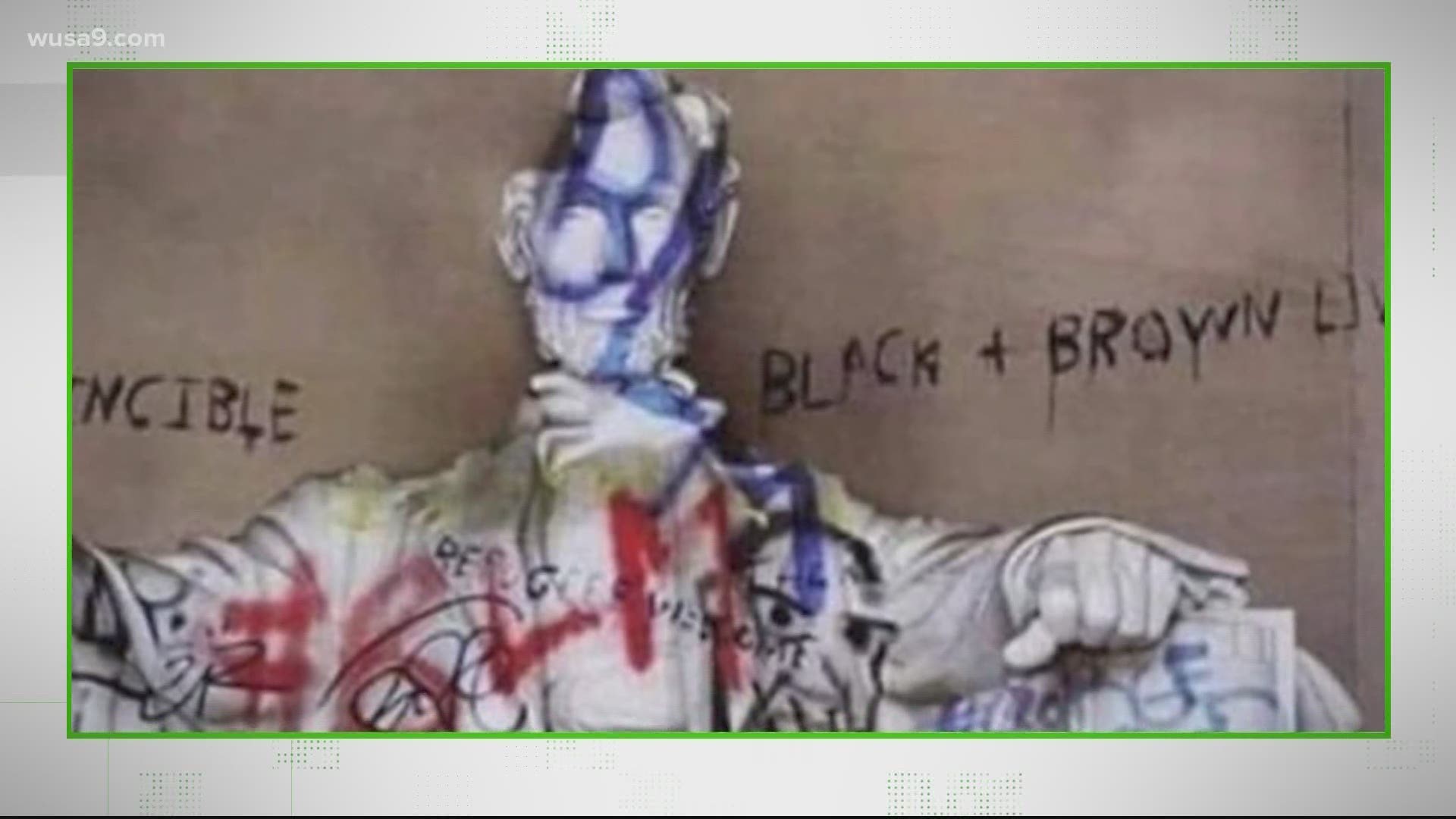 WASHINGTON — A 26-year-old DC native has been arrested for spray painting outside of the Lincoln Monument with graffiti on the National Mall May 30 going into May 31.

Micah Avery has been charged with the destruction of federal property.

"Yall not tired yet?" is what Avery allegedly posted on the outside of the Lincoln Memorial.

Avery reportedly fled US Park Police after he allegedly spray-painted the outside on the monument when crowds surrounded the officers.

He was arrested not long after, still handcuffed from when officers first tried to arrest him, said Park Police.

“Defacing one of our country’s national monuments will not be tolerated,” said Acting U.S. Attorney Michael R. Sherwin.

Park Police said one of its officers did get hurt when confronted by the crowd, but is OK.

The federal government has started to prosecute people that have been connected to the vandalism of statues and monuments in the DC-area.

In the wake of last night's demonstrations, there are numerous instances of vandalism to sites around the National Mall. For generations the Mall has been our nation’s premier civic gathering space for non-violent demonstrations, and we ask individuals to carry on that tradition. pic.twitter.com/LmIHfW2AHj

RELATED: Head of historical group in Virginia resigns over posts