DC council members sent a letter to school leaders threatening to put forth emergency legislation if the policy remains. 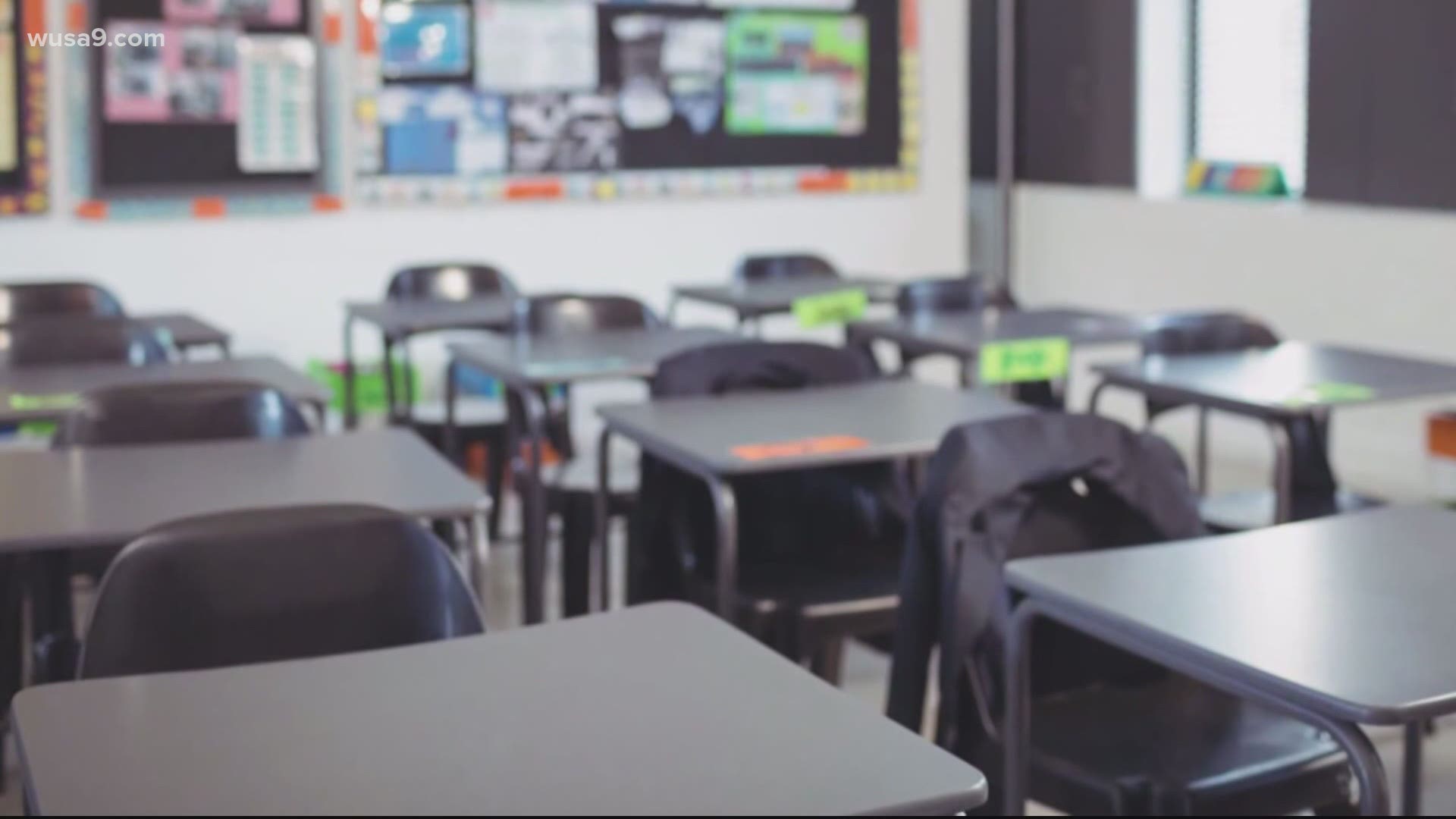 WASHINGTON — D.C. Public Schools remains under scrutiny for a policy change that would require volunteers and contractors to take a drug test for marijuana use.

DCPS sent an email to partnering organizations last month, as first reported by the Washington City Paper, to announce the policy change to implement drug testing for marijuana and other drugs was to comply with the Child and Youth, Safety and Health Omnibus Amendment Act of 2004, which requires mandatory drug and alcohol testing for all District employees.

The confusion quickly settled in since marijuana use is legal in the city. In the email, DCPS said despite the lawful use, "It does not change DCPS' obligations under CYSHA therefore, DCPS employees, contractors and volunteers are not permitted to use, possess, or be under the influence of marijuana during their tour of duty."

However, the council and many community advocates argue the law pertains to paid staff members and not volunteers as the language indicated.

Yesterday, I learned DCPS plans to make it harder to volunteer in schools - creating barriers for parents, tutors, & more. It’s just plain wrong. Today, the whole Council joined me in asking the Chancellor to reverse his decision. And if not, emergency legislation is on the way👇 pic.twitter.com/wDXYNtRkcy

Mayor Muriel Bowser already issued an order in 2019 that clarified marijuana use for all city departments. Aside from police officers and maintenance vehicle drivers, use of marijuana for medicinal or recreational purposes while not working and "off the clock" is allowed.

Matthew Hanson of D.C. Action said the required drug testing would only cause more barriers during a time volunteers are needed the most. Criminal background checks and a tuberculosis test are already required. He questioned the timing of the policy.

"It's really confusing at a time when demand for additional support for students, programming support to volunteer support, that DCPS would choose this time with virtually no consultation," Hanson said.

"Neither we nor any volunteer organization dispute that DCPS can and should intervene if a volunteer is under the influence, including or marijuana or alcohol, while at school," the council letter read. "But there is no basis in statute or regulation for DCPS' position that it can, should, or must require blanket drug testing of volunteers."

Critics of the policy worry it would be unfair for volunteers since the presence of THC can show up on a test long after someone uses the drug.

"Someone could legally and responsibly consume marijuana a month or two months ago and test positive tomorrow, but if someone were to have a beer or two tonight and take the test tomorrow, they would test negative and there wouldn't be any consequences," Hanson added.

"DCPS works to ensure our clearance processes and mandatory drug testing parameters for individuals serving in 'safety-sensitive' positions in our schools comply with all District and federal laws to protect the safety of our students. We value the feedback from the D.C. Council and our community. We are reviewing our policies to determine whether any further changes can be made to align with the spirit of the District’s values and adhere to federal regulations."

If the policy remains, the council is threatening to put forth emergency legislation during the next meeting on Tuesday, Jan. 15.

RELATED: Virginia legalized recreational marijuana. Can you still get fired for using it?