The DMV community celebrated Halloween during the pandemic as COVID-19 cases have seen a rise locally in recent days. 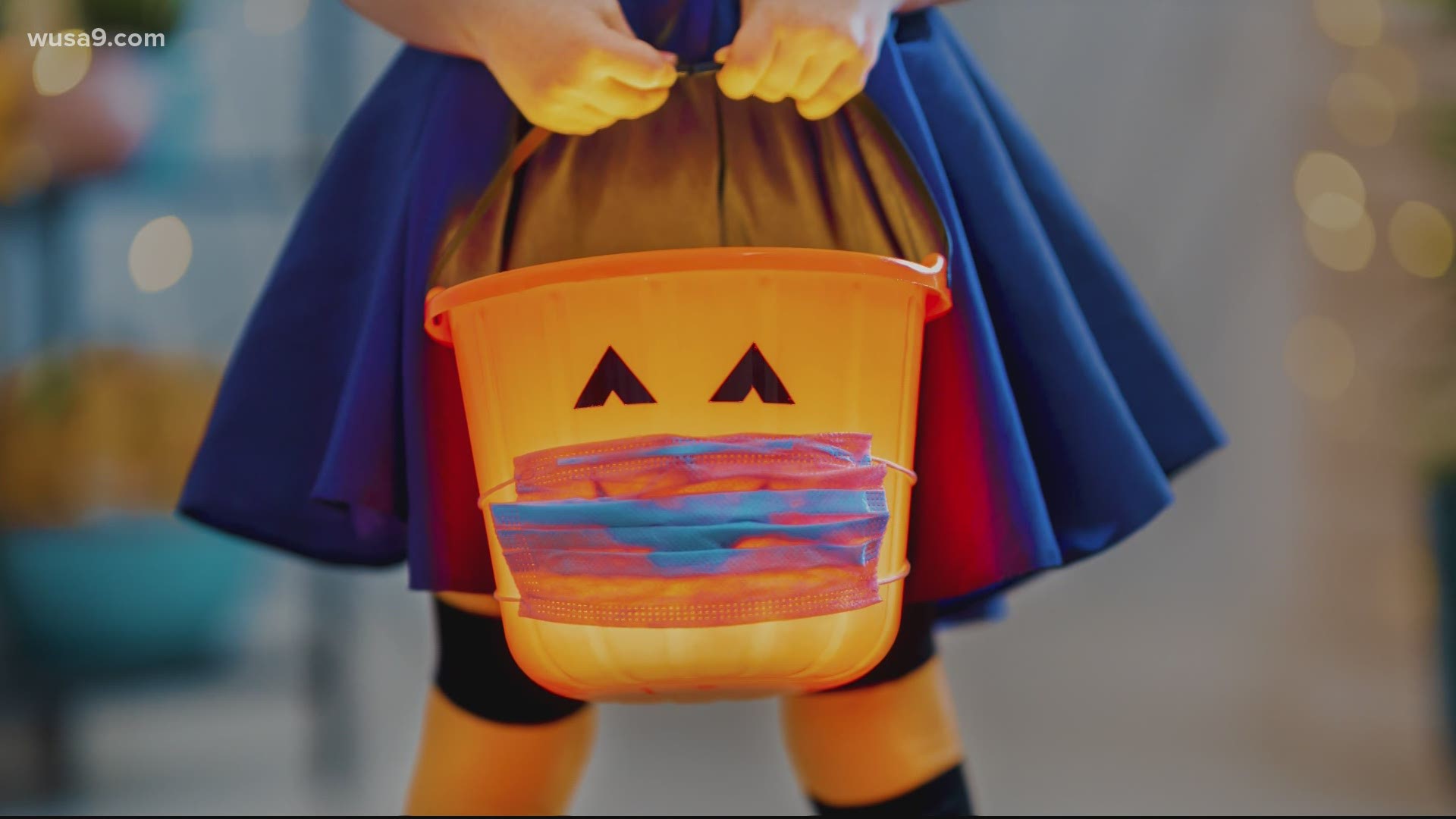 WASHINGTON — From police departments to the Washington Football Team, the DMV community celebrated Halloween during the pandemic, and as COVID-19 cases have seen a rise locally in recent days.

So many cities and towns nationwide — some in the D.C., Maryland and Virginia — issued guidelines for celebrating Halloween safely.

Localities and police officers in D.C. and Arlington County decorated city vehicles and some handed out candy, from a distance, to community members in neighborhoods.

The historic Georgetown and Petworth neighborhoods didn't let the pandemic from stoping the holiday spirit. Houses were decorated to the max in Georgetown and gave some extra site-seeing opportunities for those in the area on Saturday.

In Petworth, a parade was held, with masks being worn, but many happy families and kids participating in the fun.

The @WashingtonNFL team are putting on a #Halloween drive-thru to help give families a sense of normalcy during the pandemic. @wusa9 @WUSA9sports #WashingtonFootball #Halloween2020 pic.twitter.com/dkfPDknJQN

Halloween comes as coronavirus cases are surging in many parts of the country and health officials warn of the potential for even higher numbers this winter.

More than 230,000 people have died of COVID-19 in the country, and total U.S. cases surpassed 9 million on Friday.

Over the past two weeks, more than 78,700 new virus cases have been reported each day on average, up from about 55,100 in mid-October, according to Johns Hopkins University.

MPD and McGruff celebrated Halloween with our Seventh District residents, passing out treat bags to our youth. We were so impressed with all the costumes!! 👻🎃#HappyHalloween pic.twitter.com/qnkSeCt3UC