“The psychological impact and the emotional impact of quarantining and just waiting for results is agonizing." 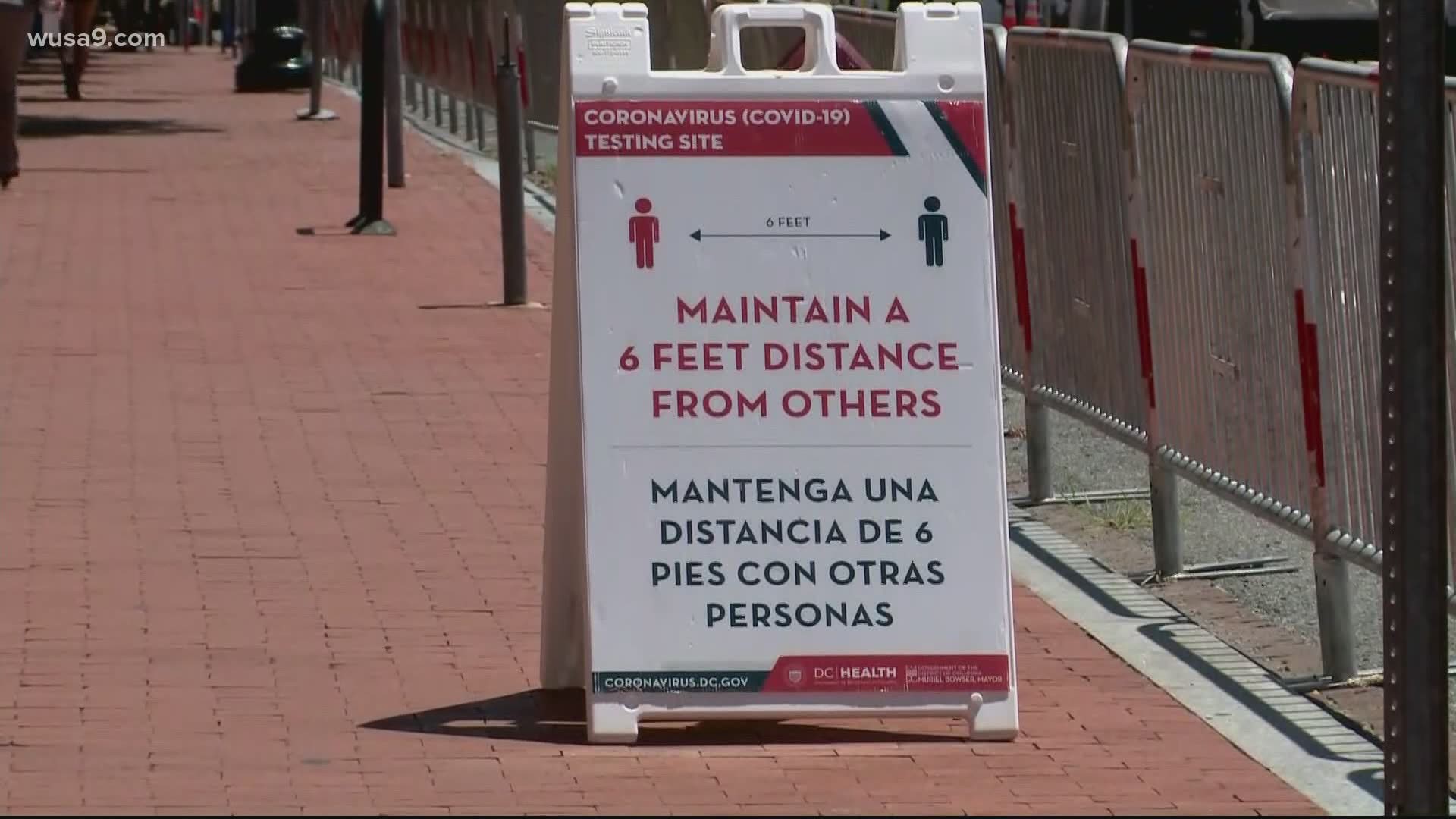 WASHINGTON — The latest battle on the local coronavirus front is now testing delays, according to DC health officials.

Health authorities are blaming the exploding COVID-19 crisis in other regions of the country for overwhelming labs that serving D.C.

One individual described their life as "on hold" after claiming he is still waiting for results after 14 days.

“The psychological impact and the emotional impact of quarantining and just waiting for results is agonizing,” the college student told WUSA9.

The young man does not want to be identified for fear of being stigmatized as a disease carrier.

He said his testing journey began on June 30 at a D.C. Department of Health testing location at Judiciary Square after a roommate announced feeling symptoms.

The man said two roommates were immediately furloughed from restaurant jobs, cutting off income until they could prove they were not sick.

The young man put himself in quarantine but said he is still waiting for results after multiple phone calls and long hold-times. 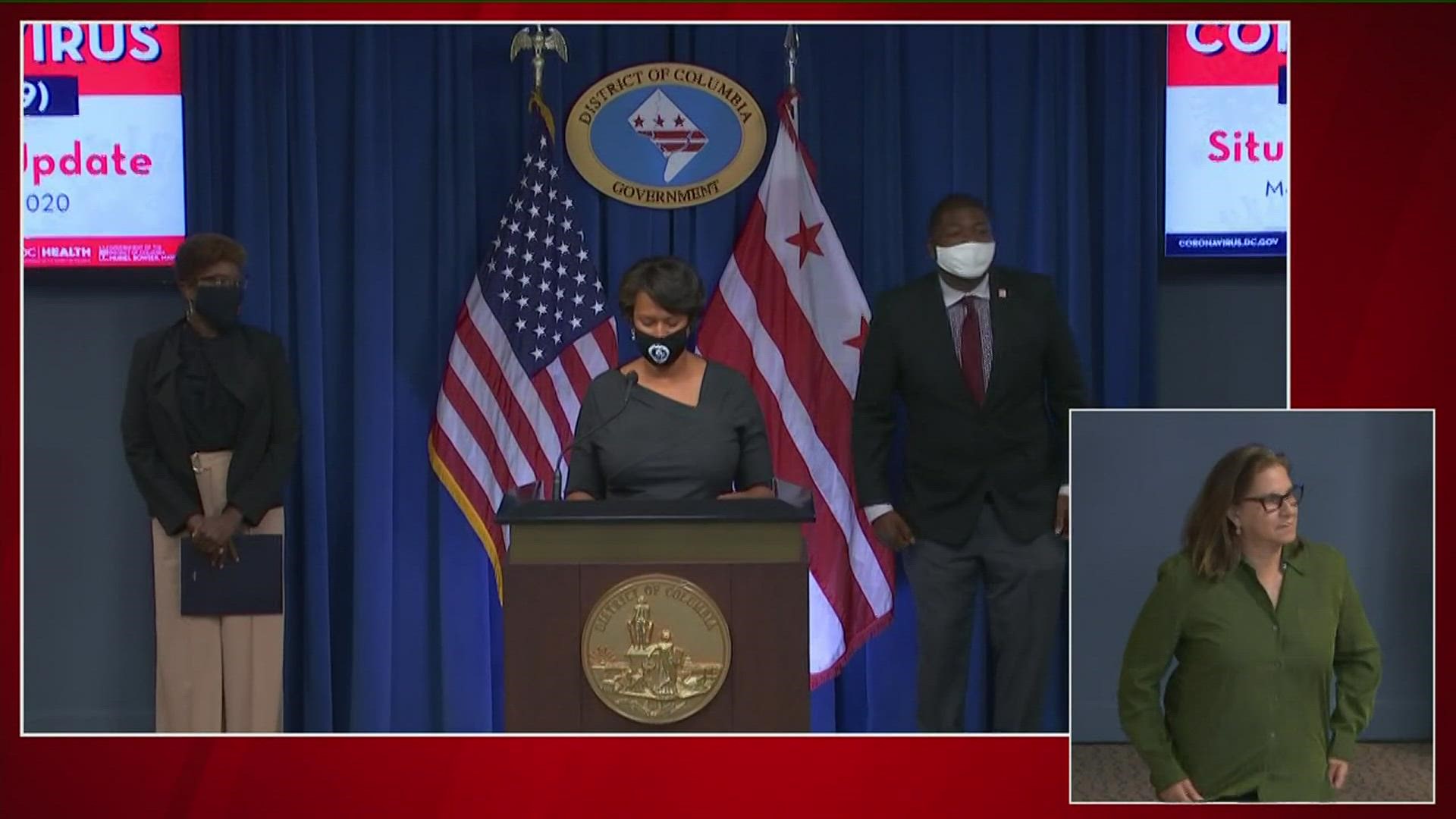 Mayor Muriel Bowser’s administration reports that the wait times for test results have grown from three to five days on average, up to five to seven days on average currently

“Primarily this has to do with the amount of testing that’s going on around the country,” said Chris Geldhart of D.C. Department of Public Works, who is managing the testing done by the District.

“We do use contract labs as well as our own labs to do the testing in the city and the and the amount of testing that’s going on nationally were seeing those time frames creep up,” Geldhart said.

According to national reporting in the Washington Post, “Outbreaks across the Sun Belt have strained labs beyond capacity. That rising demand, in turn, has caused shortages of swabs, chemical reagents and equipment as far away as New York.”

D.C. is now testing 10-thousand people a week, according to city health authorities.

The majority of tests are done by contractors like Labcorp at a cost of $90 per test, according to Geldhart

Many of those who are positive go on to spread the disease while waiting, according to public health experts at Johns Hopkins University, who said the delay makes contact tracing an almost useless exercise.

If you are waiting for results, the best advice is to stay away from others until you know, according to D.C. health authorities.

Maryland health authorities are also concerned that delays in testing can result in virus spreading.

"The Maryland Department of Health is aware of delays some large national commercial labs have in processing COVID-19 specimens due to increased testing throughout the United States," wrote Department spokesman Charles Gischlar in an email.

The state's own lab does not have significant delays in processing COVID-19 tests and can process results within 24-48 hours, according to Gischlar

"A delay in reported test results impacts the timeliness of contact tracing investigations, leading to further spread of the virus through unintentional COVID-19 exposure to other people," Gischlar wrote.

RELATED: FDA warns 59 hand sanitizer varieties may be toxic due to methanol

RELATED: Look out, Mars: Here we come with a fleet of spacecraft