Advocates say the census translates to federal funding for necessary services, which could be reduced without an accurate count. 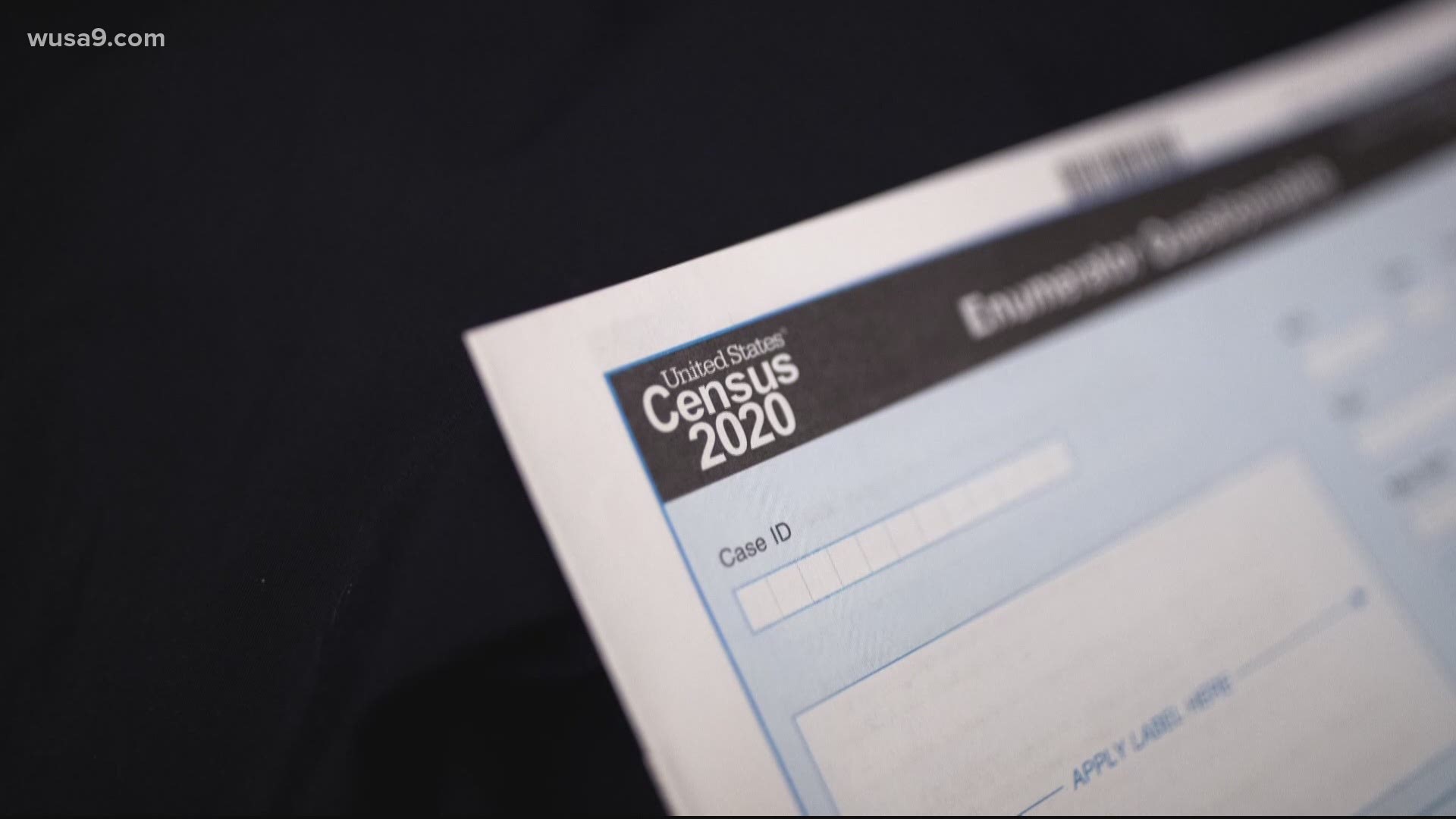 WASHINGTON — With the census deadline rapidly approaching, D.C. advocates worry about how the lower response rate in the District could impact historically underrepresented groups.

Everyone must complete the census survey by September 30, or they'll have to wait another 10 years.

“The census is a way for the government to make sure that we are not invisible, that we are seeing," Alejandra Castillo said. She serves as the CEO of the Young Women's Christian Association, which has branches throughout the country, including in DC.

Castillo said that visibility translates directly to federal funding for services like roads, schools, and programs that the YWCA has provided for more than a century.

“Domestic violence services, child care services, after school programs … these are all services that are provided because we are able to either secure government grants and state grants, and they’re all based on formulas that are put together through the census count," Castillo said.

RELATED: VERIFY: Yes, the Census Bureau can call you. They also might text you from these numbers

The deadline to respond to the census is in just 10 days.

Per the @uscensusbureau, DC is only 93.6% accounted for -- which worries advocates about the fate of historically underrepresented communities.

Per the bureau's website, D.C. is currently only 93.6% accounted for, lagging behind two-thirds of the country.

The undercount worries pharmacist Adrienne Simmons, who set up an advocacy Instagram account in 2020 catering to health care professionals. She said the groups that are typically undercounted are women, people of color, immigrants, the elderly, renters, and young children.

“[They] are also the very populations that show up in our health care systems on a daily basis, so we want to make sure that health care professionals themselves are counted, knowing that it also determines funding for things like funding and community mental health service," Simmons said.

Castillo believes the biggest reason for the undercount is fear.

“Fear that information will be used against individuals or shared across government for law enforcement," Castillo said. "But I have to tell you, legally that is not allowed.”

DC Congresswoman Eleanor Holmes Norton has tried to make the census easier for some groups. She sent a letter to the Census Bureau in August, demanding it hires Spanish-speaking workers, which the Census Bureau said it did.

“If there’s a tool to talk about racial justice, I think the census is it, making sure communities of color are represented, are fairly counted, and that the services that are needed in our communities reach us in a fair and equitable way," Castillo said.