The Capitals finished the game without top-line forward Nicklas Backstrom. 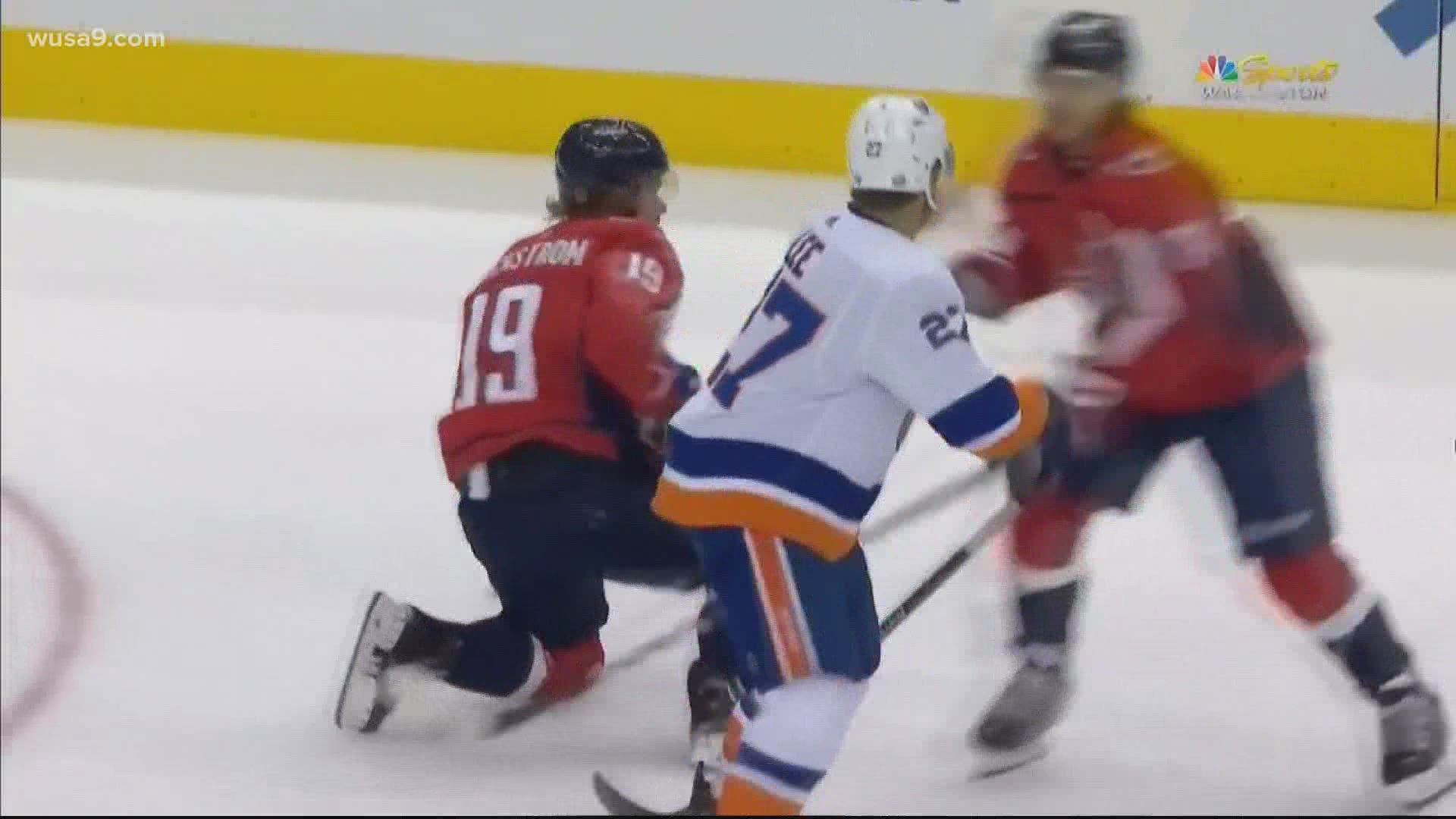 WASHINGTON — Josh Bailey scored a shorthanded goal 6:52 into the third period and the New York Islanders overcame a two-goal deficit to beat the Washington Capitals 4-2 on Wednesday in a hard-hitting opener to the first-round playoff series.

Jordan Eberle and Anders Lee scored 1:54 apart spanning the second intermission. Semyon Varlamov stopped 24 shots and Anthony Beauvillier sealed it by scoring with 8:05 remaining in a game the Islanders overcame their own lack of discipline in allowing the Capitals seven power-play opportunities.

The Capitals will play against the Islanders on Friday.