The eastern ward has seen its number of homicides quadruple in 2019 compared to this time last year. 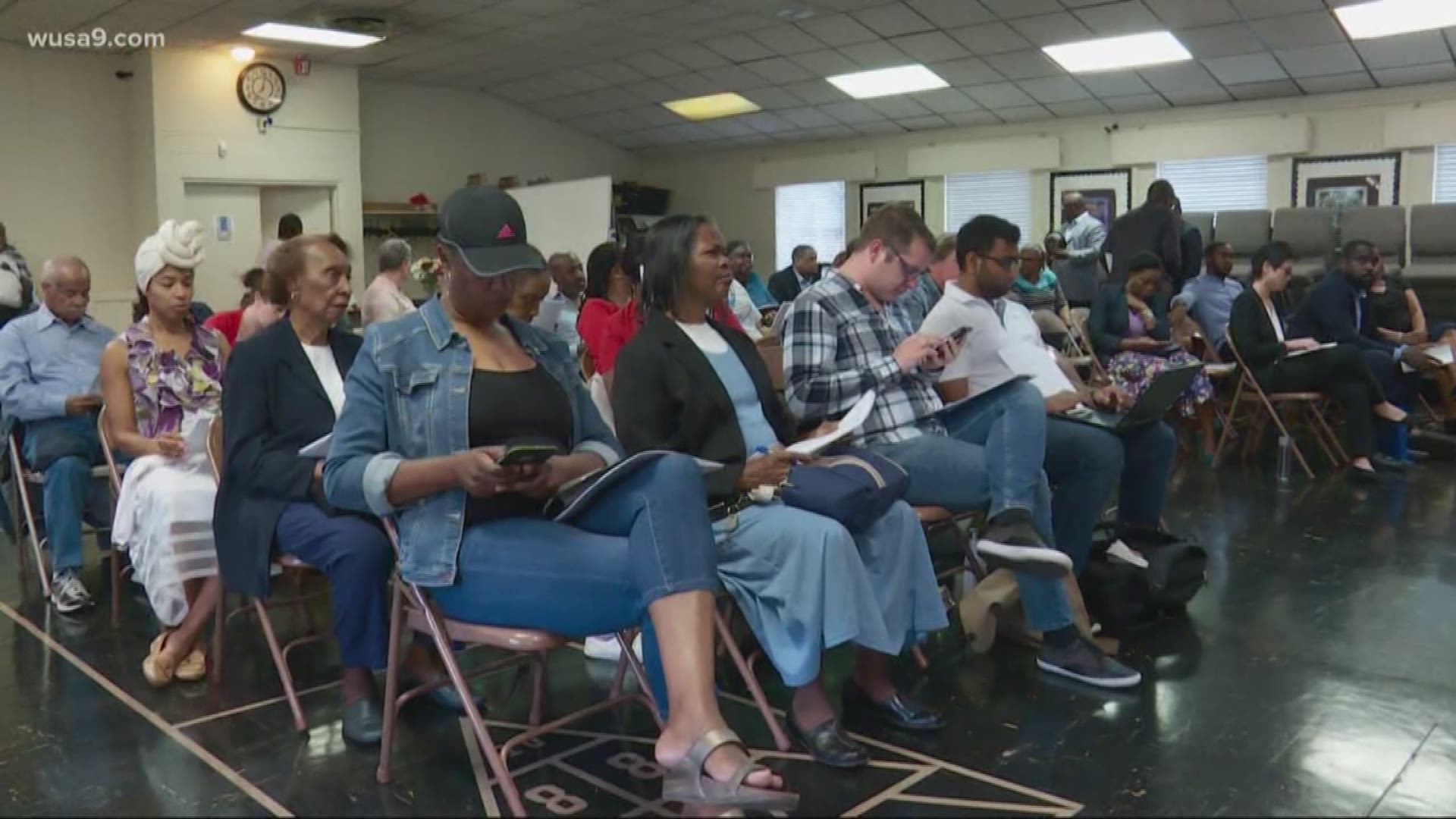 WASHINGTON - Locals are working to bring an end to violence in their community after experiencing a large spike in homicides throughout the first quarter of 2019.

In Ward 7, the number of homicides has quadrupled through April 18 in comparison to the same time last year. The eastern ward has experienced 20 homicides so far in 2019.

ANC 7B held its regularly scheduled meeting Thursday night at Ryland Epworth United Methodist Church in Southeast. The advisory neighborhood commission, which consists of neighborhoods like Hillcrest, Randle Highlands and Penn Branch, discussed ways to promote peace in the community.

Residents provided their thoughts about a draft resolution to prevent crime in the area.

The resolution calls for more resources for local crime prevention and education campaigns. It also wants to MPD to increase the number of patrol officers in ANC7B/PSAs 606 and 607 through Summer 2019.

But, locals also realized to get anything done they all need to be heavily invested in fighting for Ward 7's future.