A halfway house to replace Hope Village is set to open Oct. 1 despite a community protest.

WASHINGTON — One D.C. community is taking its fight against a planned halfway house to court. Leaders in Ward 7 said they fear a new 300-bed facility would kill chances for economic development along Minnesota Avenue, NE, and that neighbors' opinions have been ignored.

“We want the law to serve as due process to us as a community," ANC Commissioner Tyrell Holcomb said. "Our voices have been silenced throughout this process."

Holcomb grew up in Ward 7 and said progress has been painfully slow.

"We shouldn't have to leave Ward 7 to go to the grocery store, the movies or, a restaurant or to go for entertainment," he said. "We should have it in our community. That's the type of development that we're talking about bringing to the Minnesota Avenue corridor."

Nearly 2,000 people have signed a Change.Org petition against the plan by CORE DC to move to the old site of DC Eagle nightclub on Benning Road, NE. But according to the Federal Bureau of Prisons, CORE DC was granted a contract earlier this month. It replaces Hope Village, D.C.'s only halfway home for men -- and the country's largest -- which was in Ward 8 for 42 years.

Hope Village shut down in April amidst concerns of resident safety during the pandemic. More than a hundred men were released to home confinement and 31 were bused to another halfway home in Baltimore. 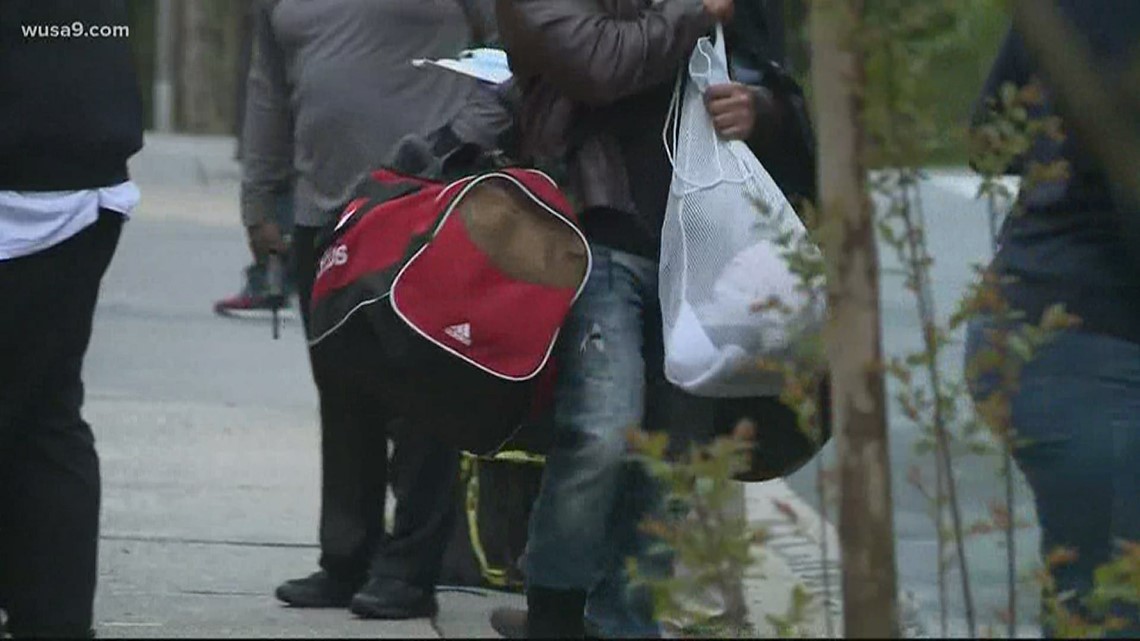 Men from closed DC halfway house moved to Baltimore
Hope Village will close its doors for good on April 30, with its residents being bused to Baltimore by the Bureau of Prisons.

Councilmember Vince Gray sent a letter to the Federal Bureau of Prisons writing that Minnesota Avenue is slated for redevelopment through the federal Opportunity Zone program to revitalize low-income communities nationwide. He wrote that the halfway house "will sound a death knell for this effort. Surely, the federal government cannot have the intent of killing the hopes and goals of those who have worked so hard to bring desperately needed development to fruition."

“This is not a knock on returning citizens," Commissioner Holcomb reiterated. "This is not about not wanting them in our community. This is about a real conversation needing to be had and a shared collective responsibility needed to be understood. It’s not just Ward 7 and Ward 8’s job to take the people that other wards don't want."

According to the Bureau of Prisons, the new halfway house is set to open Oct. 1, 2020. The 31 men transferred to Baltimore after Hope Village shut down will relocate here.

WUSA9 reached out to CORE DC for comment, but they did not return our requests.