Vedo Hall, 26, was shot and killed by a DC Police officer after police say he was holding a rifle outside the Congress Heights Metro station on Monday afternoon. 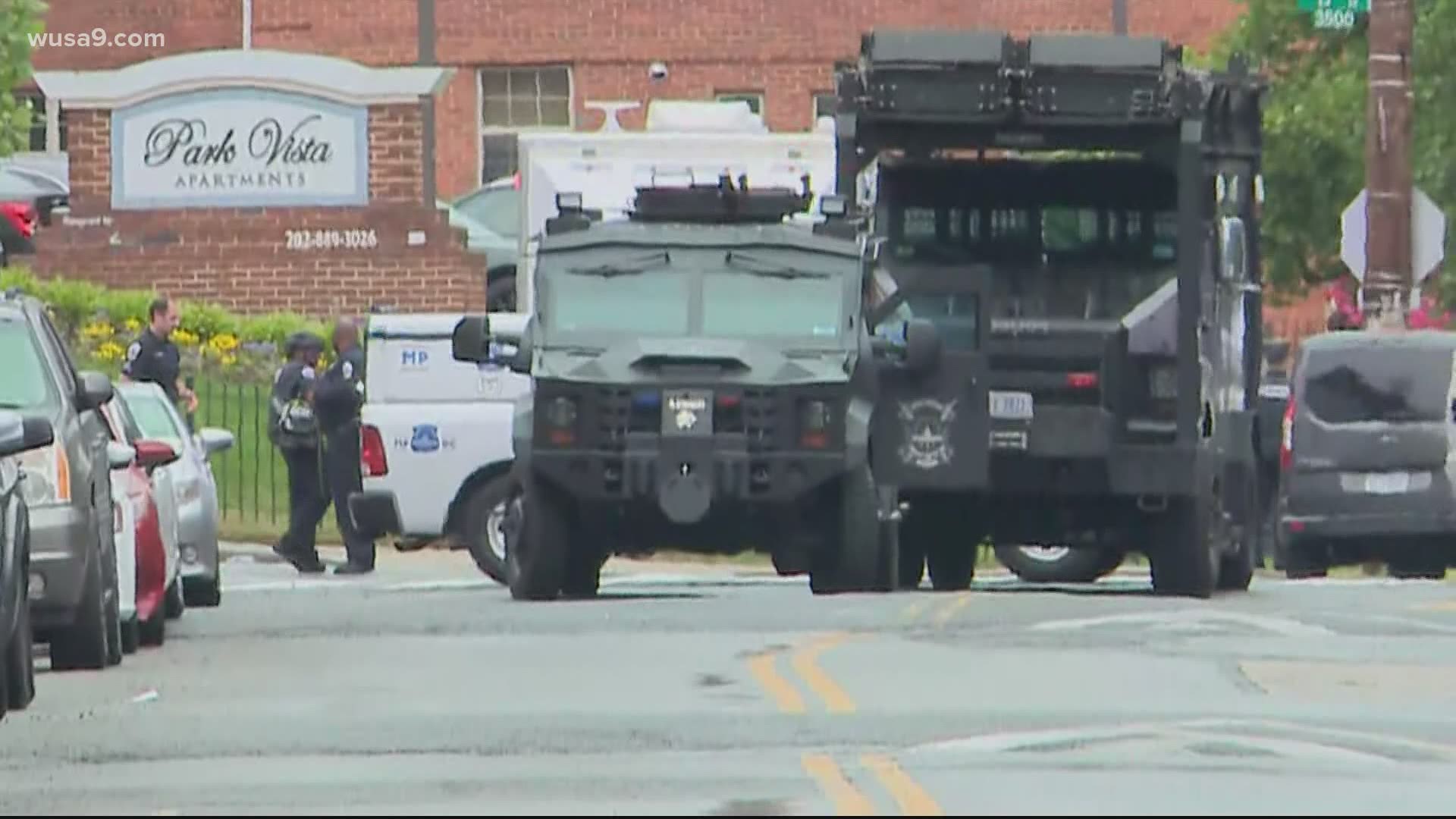 DC Police said Hall was holding a woman hostage inside. According to police, when they knocked on the door, that's when Hall threatened to shoot. DC Police told WUSA9 that officers set up a barricade outside the building but said Hall later escaped out a back window with the woman he was holding hostage.

It was a move that eventually led to his death – as he was later shot by a police officer blocks away on Alabama Avenue.

Jaylin is just one of many neighbors who are torn about the outcome.

“I’m really sorry he got killed but once he got out the building and started running up Alabama,” he explained. "Honestly, you’re putting everyone at risk because the last thing we need is another baby, another woman, another man, another boy to die because of crossfire.”

Witnesses told WUSA9 they heard up to eight gunshots. DC Police Chief Robert Contee said Hall pointed a long gun with a high capacity drum magazine at the officer before being shot.

“Condolences to the family of the deceased family in this situation but I think it’s a testament of the dangers our police officers face day in and day out when they come to work,” Contee said during a news conference Monday afternoon as he addressed the incident to reporters and the community.

One man, who witnessed the incident and did not want to be identified, agrees.

RELATED: The gun epidemic in this country is out of control | Hear Me Out

DC Police said the woman being held hostage had a previous relationship with Hall. Court records show Hall had cases pending before the grand jury: felony charges of gun possession and domestic violence.

The MPD members involved have been placed on administrative leave in accordance with MPD policy, police said. Responding officers activated their body-worn cameras. That footage is currently under review.

This case remains under investigation. Anyone with information is asked to contact MPD at (202) 727-9099.