Alexandria resident Timothy Kelly says the document, which was mailed December 5, is needed to legally perform his wedding in Ireland in January. 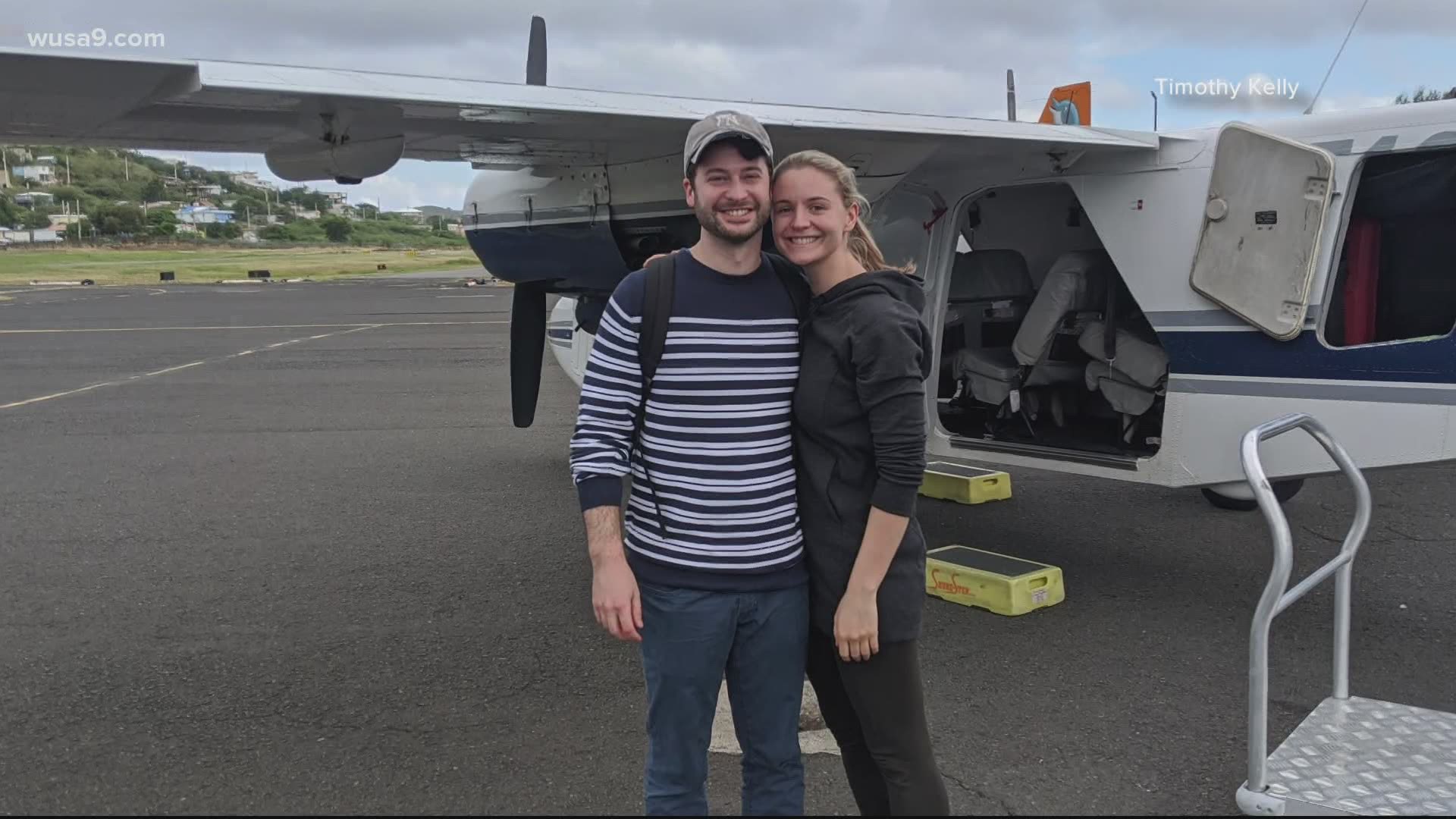 ALEXANDRIA, Va. — Christmas may be over, but that does not mean everyone has received their holiday deliveries just yet.

Some locals say their packages that were transported through the United States Postal Service are still showing up as “in transit” on the agency’s delivery update tracker weeks after they were first mailed.

In response to the issue, before Christmas, a USPS spokesperson blamed a “historic record of holiday volume this season” and a “temporary employee shortage due to the COVID-19 surge” for some of the delays.

However, postal delays appear to have been going on in the DC area long before the holidays.

USPS delivery data, obtained by the United States District Court for the Southern District of New York, shows the on-time arrival of first-class mail in DC has been on the decline since the week of August 22.

Alexandria resident Timothy Kelly says he has recently experienced issues with USPS service too and he adds it may impact his upcoming wedding.

.@USPS Delays: Alexandria resident Timothy Kelly mailed an important document to NY, needed for his upcoming wedding, on Dec. 5. He says it's been stuck in a NJ USPS bldg. since Dec. 12. Christmas was three days ago we're still hearing of delivery delays like these... (@wusa9) pic.twitter.com/lqPavItpeL

“The fact that the only thing standing between us and our wedding right now is a postal warehouse in New Jersey is all you really need to know,” he said.

Kelly, and his fiance Trini, plan to get married in St. Finbarr’s South church in Cork, Ireland, in January, as an alternative to a big ceremony that usually would involve lots of family members.

However, Kelly said in order to elope in the church where his great-great-grandparents got married, he needs a marriage license from the local government. Kelly added as a part of the local government’s licensing process, he must provide them with a birth certificate that includes an apostil stamp.

“And without it, you can't get the license,” he said. “And, without the license, they can't perform the marriage in the church.”

So, Kelly said he went to the post office on December 5 to mail his birth certificate to Albany so the State of New York would properly stamp it for his wedding. He said he paid to send the envelope under two-day shipping.

But now, more than three weeks later, Kelly says the envelope with the birth certificate has yet to reach its intended destination. He said USPS’ delivery update tracker shows his certificate has been in a New Jersey office since December 12.

“It's taken like over a month for this thing to get from DC to Albany, and that's more time than it took for [some] ancestors to get from Ireland to New York,” he said. “I mean, it's absurd.”

Credit: Timothy Kelly
Alexandria resident Timothy Kelly poses with his fiancée Trini. The pair are scheduled to get married in Ireland in January.

Kelly said he understands some of the challenges USPS workers are facing. He added he has a deep respect for letter carriers as his grandfather was a mail sort in Manhattan.

However, Kelly admits he is now becoming a bit hopeless waiting for his certificate to get to Albany, and eventually back to Alexandria, before he and his fiancee leave for Ireland on January 26.

“We're being told that there's no way to retrieve this document,” he said. “It's on its way. It's in some sort of process, but no one exactly can figure out where it is in that process.”

RELATED: Retailers brace for flood of returns from online shopping

WUSA9 reached out to USPS Monday afternoon to see if it has any update as to when more locals will see their delayed mail and packages reach their destinations. WUSA9 did not receive a response as of 7 p.m. Monday.

Here is the statement USPS provided the station on December 23:

“The U.S. Postal Service, similar to the broader shipping sector, continues to face near-term pressure on service performance across categories as it manages through a historic record of holiday volume this season. This negative impact is compounded by the temporary employee shortage due to the COVID-19 surge, as well as ongoing capacity challenges with airlifts and trucking for moving this historic volume of mail.

The Postal Service’s 644,000 employees continue to work diligently to address issues and remain focused on delivering the Holidays and beyond for the nation. Amid the historic volume, the Postal Service continues to flex its network, including making sure the right equipment is available to sort, process and deliver a historic volume of mail and packages this holiday season. Our entire Operations team, from collections, to processing to delivery, worked throughout this past weekend and continues to work around the clock to address the historic volume. We are accepting all volume that is presented to us which is adding to our challenges.”